When I started to put together my Enchanter Warband for Frostgrave I really wanted to be able to create a construct out of game. I really liked the idea of creating another warrior to add to the warband. 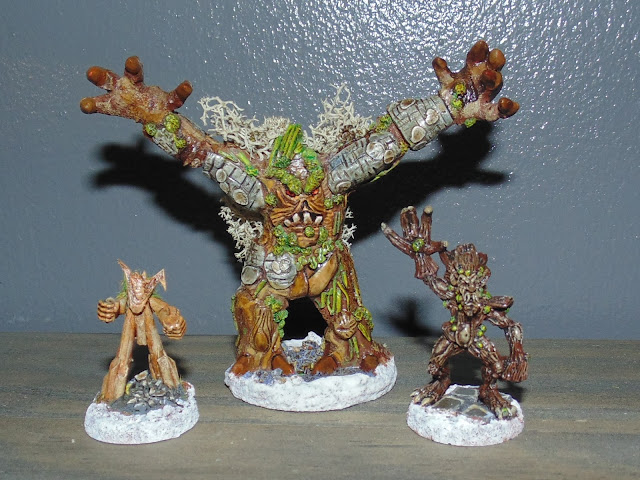 So I looked around for what I had that I could use. First up was the medium construct made from a GW Dryad, an old metal job that I had lying about. 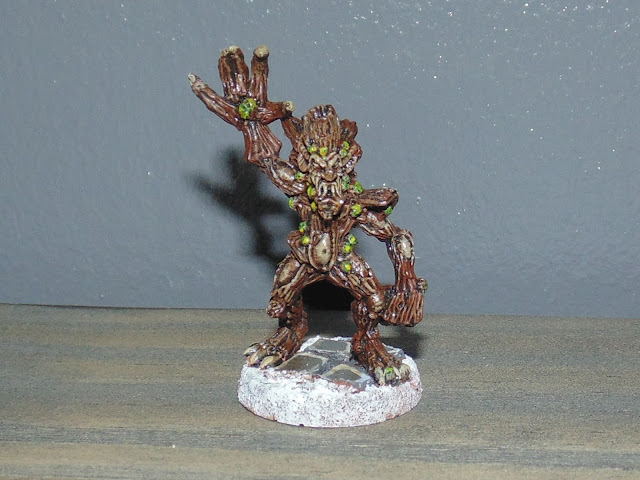 Second was the larger construct which I decided I could use an old model I made many many years ago, in fact it was the very first model I ever tried to make. So what was once a treeman became my larger construct. All I had to do was to add some lichen to its back and change the base. 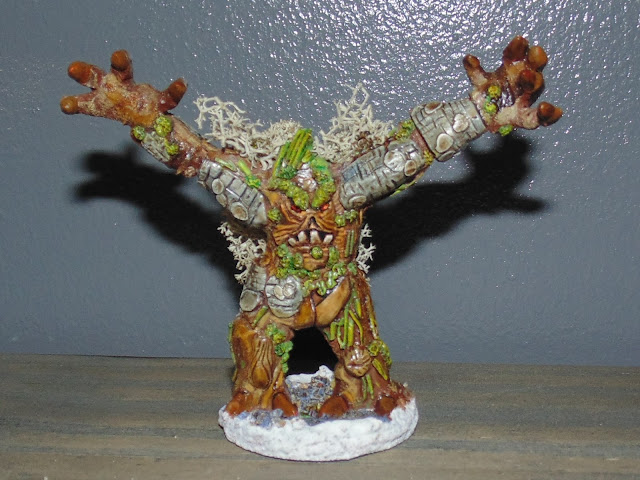 Finally I remembered making a smaller wooden creature, a bit like a small Dryad which I was going to use instead of  wood elf spearmen, but never got further than this prototype. Anyway after spending some time searching through various boxes I finally found the model I wanted to use as the small construct. 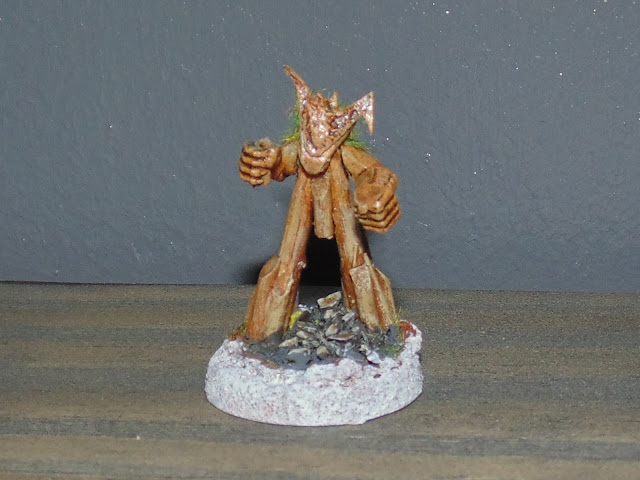 In fact it was this smaller construct that helped my warband do so well in the only game I have played so far.

I really like the whole construct idea and have had fun re-vitalising miniatures I haven't used for a while.
Posted by Darryl Hunt at 12:44