Completed the Naiad Heartpiercers that I began earlier this month. They now have completed bases and seem a lot stronger than they did. 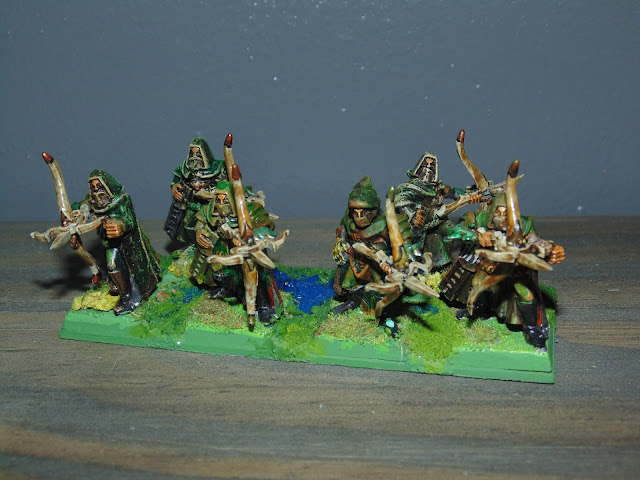 I added PVAcrete between the GW bases and then painted green with a little puddle of blue to the rear to just suggest their watery ancestry. 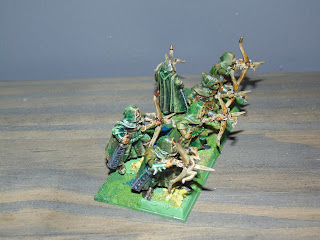 The Harpoon guns were made by removing the original bow and putting to one side; then taking off the rest of the arm; gluing on a GW Dark elf repeater crossbow arem; adding GS round the shoulder; then attaching the 2 bow sections to the top and bottom of the crossbow. 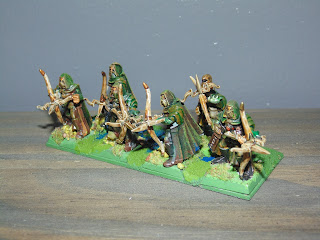 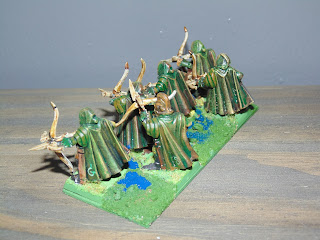 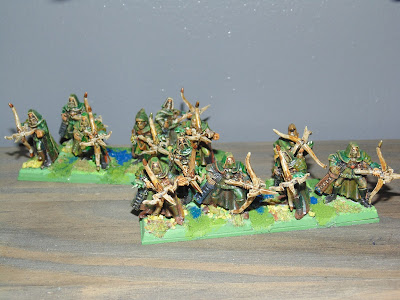 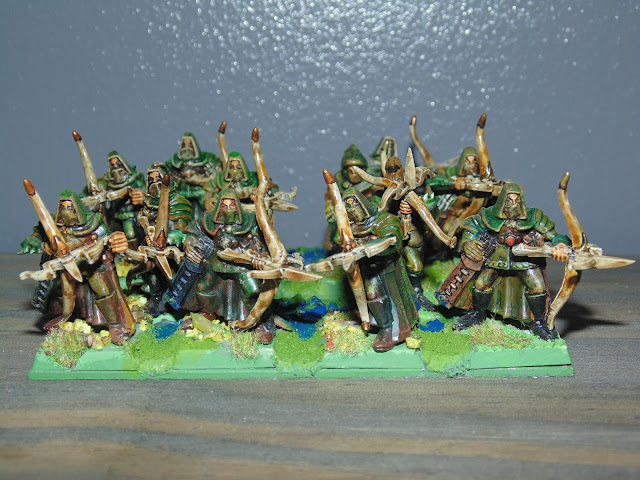 I can field them as 2 troops giving 16 shots or as a regiment giving 10 shots: but with a higher nerve value, so more likely to stick around. 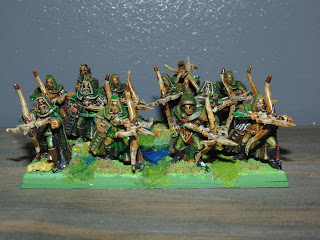 Going use them in troop formation to start and see how they go.