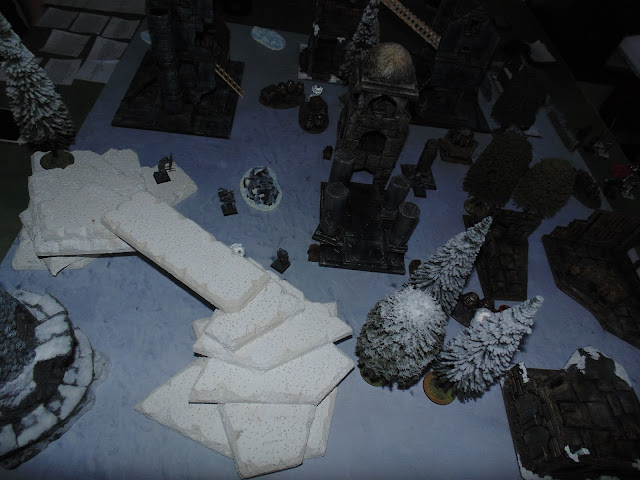 As I think I may have mentioned we got together at Luke and Lee's and played our first game of Frostgrave yesterday. It was a hoot as far as I was concerned, we laughed from start to finish. Well I did! 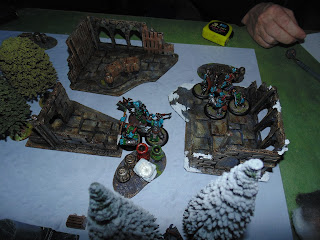 Four warbands had converged on a Mausoleum to see what could be found or robbed. 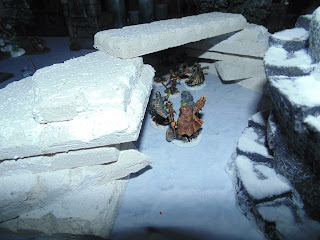 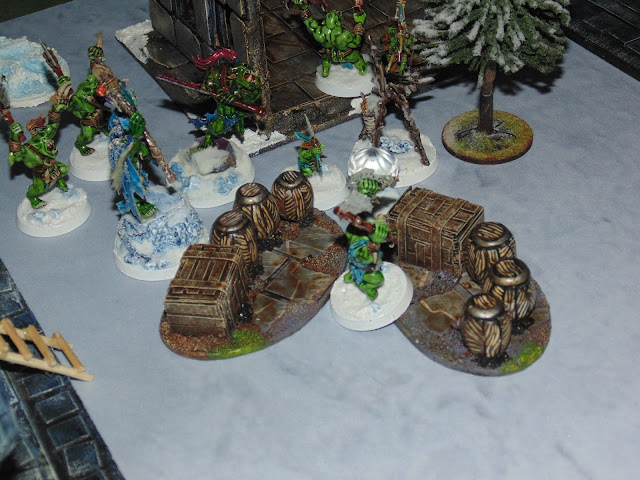 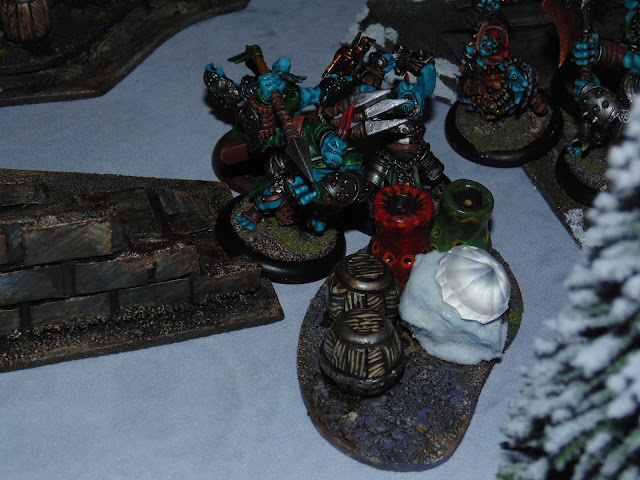 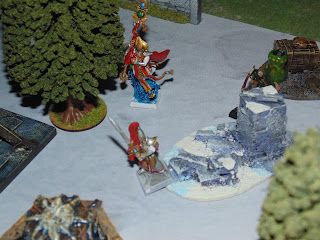 I won't go into all the details as it was a practise game, but we all enjoyed the game play and got into it very quickly. 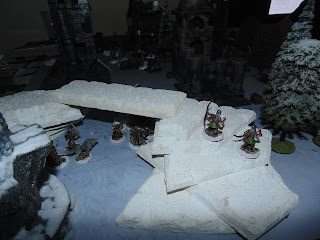 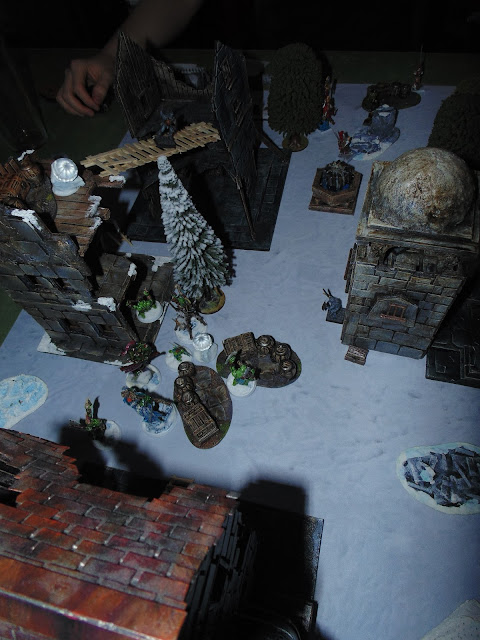 We learned that certain spells and shooting could be rather nasty, my archers spent much of their time snipping off Lukes Savage Orcs and then more laterly Steve's Trollbloods. But then I was rolling ridiculously high nearly all night, hence the laughing. 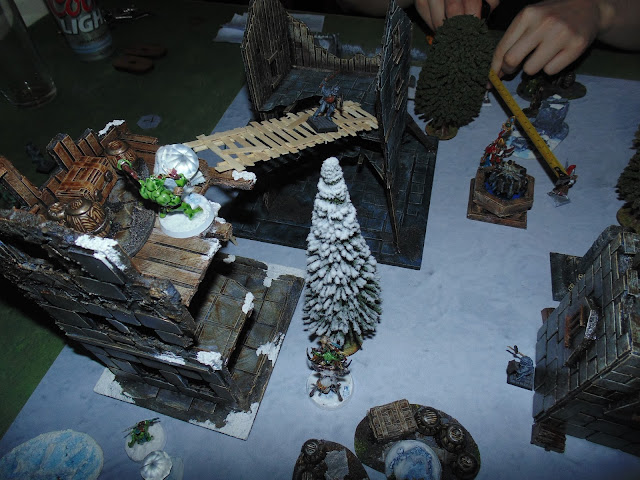 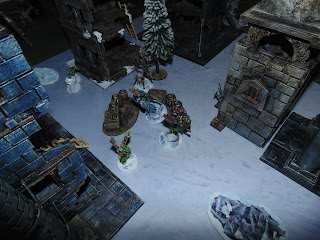 Luke managed to summon 2 deamons, one was banished by Lee, the other was killed by my Infantryman. 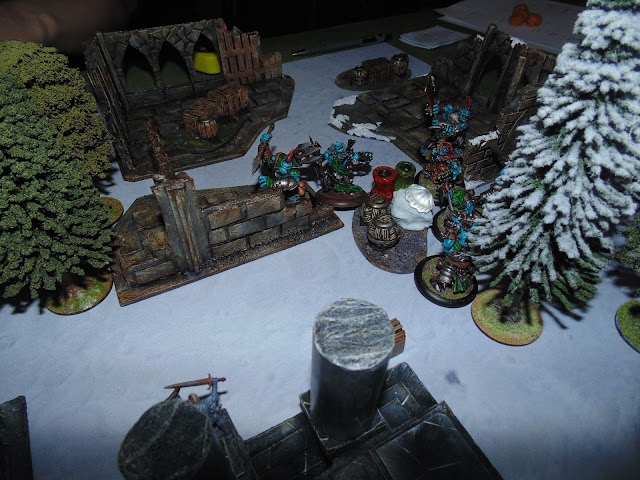 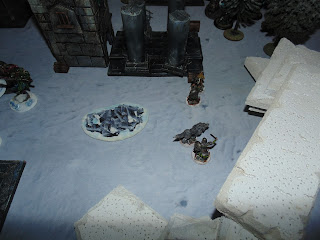 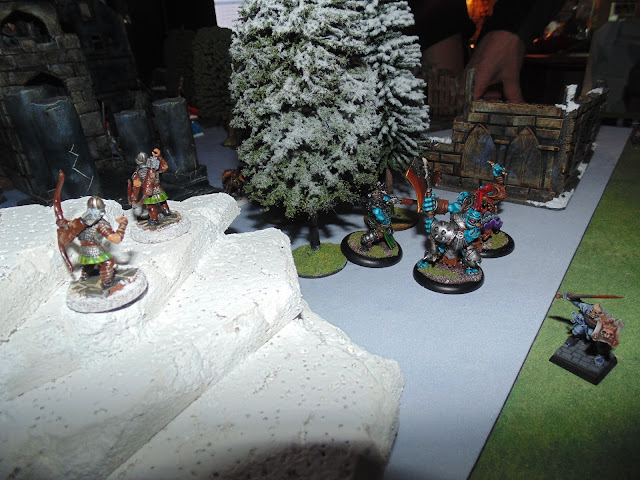 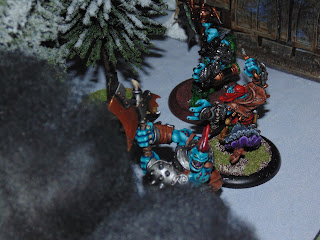 The Trollblood Wizard throws up fog to stop my archers. 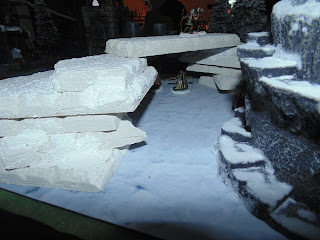 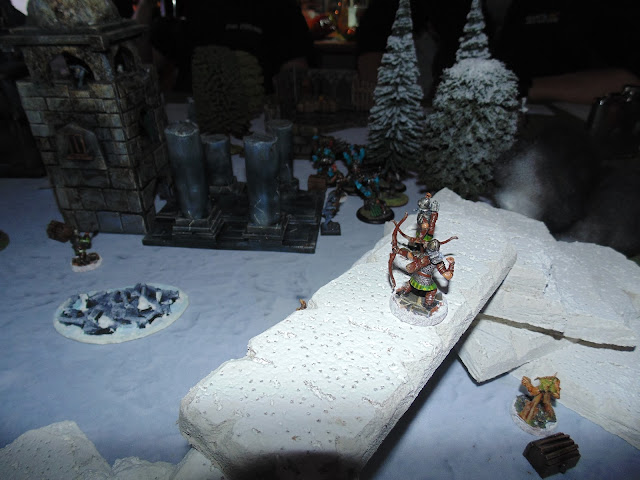 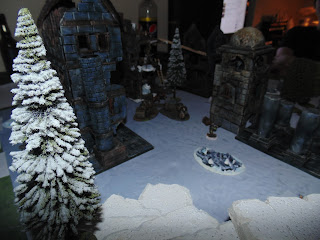 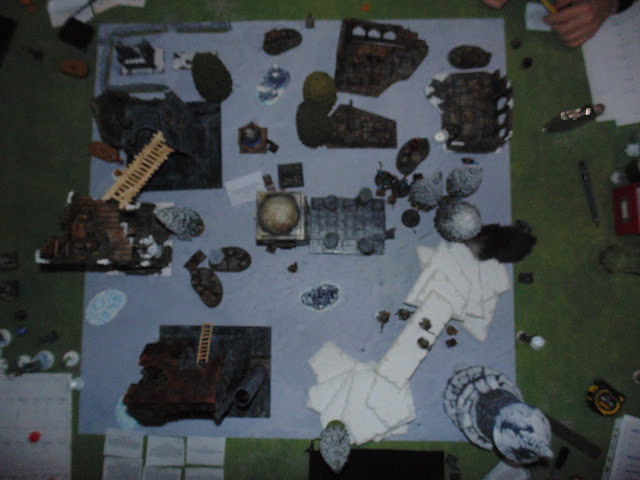 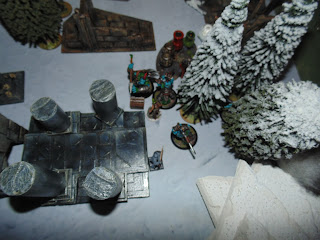 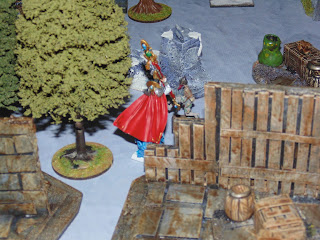 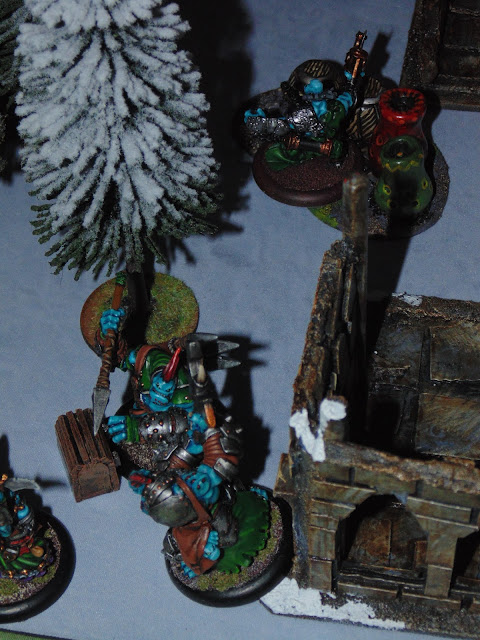 Steve scuttles off the table with 2 pieces of treasure. 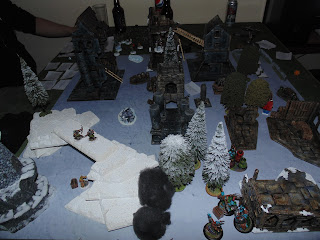 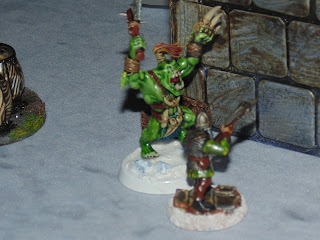 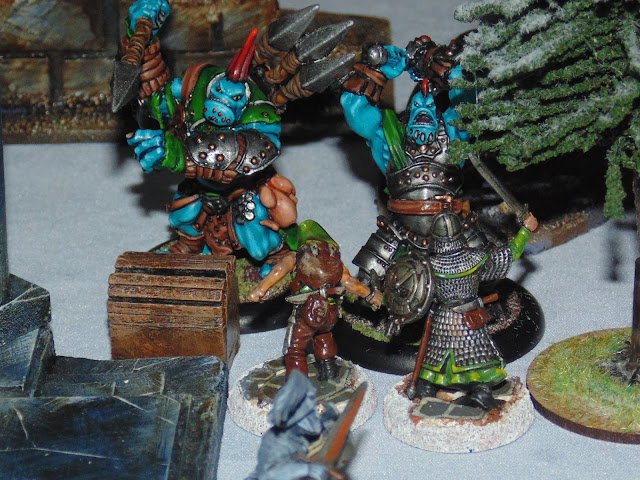 My knight, despite being +8 in combat, managed to get squished. Beautifully painted miniatures from Steve. 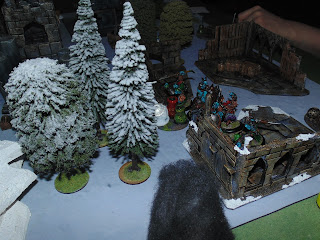 In the end most of Lukes warband lay dead, while I got three pieces of treasure off the table.
The final highlight was a Ghoul killing Lee's Infantryman just as he was about to get off the table with Lee's only bit of treasure. Guess who rolled for the Ghoul? :-)

I had a blast, will be playing as often as possible, next time at the club.