For some time now I have been looking into getting some random starship crew or citizens who get caught up in the furly burly rough and tumble that is a skirmish wargame.
So I bought some crew from Hasslefree Miniatures while at the same time re-purposing some Heroclix left overs I had, these are the latter. 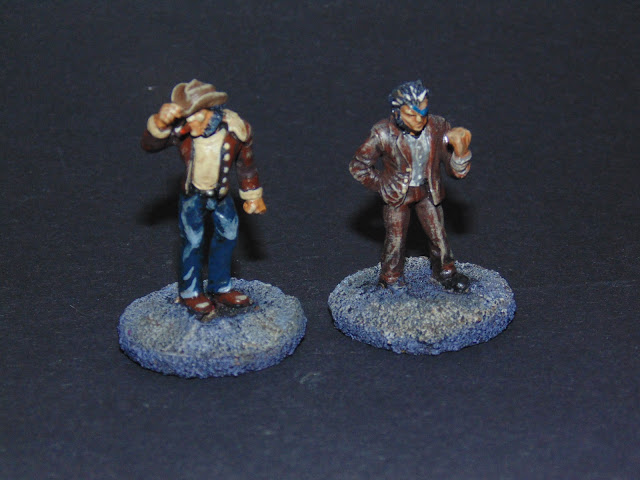 Quite obviously Wolverine without the claws but I will be happy to use them as NPC's, Patrons and civilians. I would like to have about twenty of these so I can mix them up and never have the same civilians turning up too often. 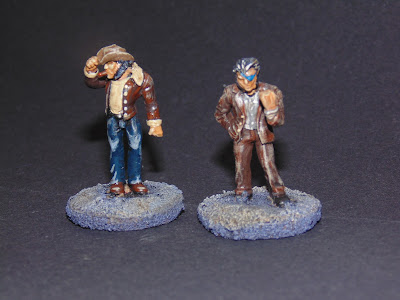 So these I have repainted and rebased. The bases were made from 2 discs of cat food box card and PVAcrete, was pleased they came out so tough.

When the Hasslefree stuff arrives I will post them too.
Posted by Darryl Hunt at 01:23