This is another quick go at using the Frostgrave rules amalgamated with the older original Warhammer Quest game from the 90's. Mrs Daxio and myself settled down to a fun game to rid Mount Gunbad of an evil Orc Shaman who had been threatening to raise up a huge Waaaagh against the Empire. 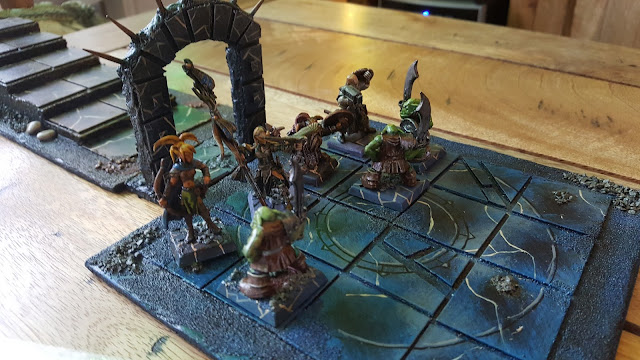 Almost immediately upon descending the first stairs down into the lair the PCs were confronted by 3 Orc guards. After quite a fracas the PCs managed to despatch the guards and moved on through the dungeon. 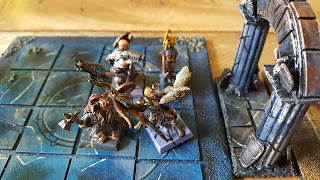 So who are these characters that we played with? Above, from left to right, front to back we have: Ragnar Rume- Dwarf, Esse Blackroot-Human, back left; Rollo Lint-Human, Lorit Lefore- Elf. 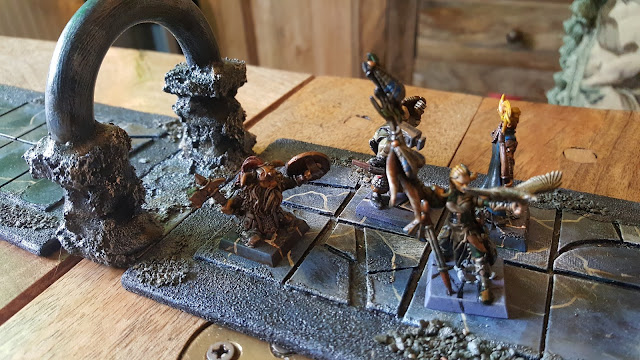 First thing that was altered, as this was another learning game, was that M6 meant the PCs would tear through boards, so I decided that Dungeon M would be less than ordinary M, humans/elves/dwarves would M4 instead, this needs further testing. 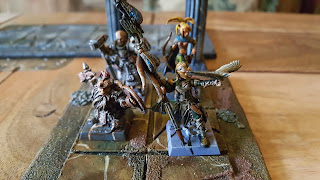 The other area that I had already tested and played some while ago was the number of wounds a foe could cause a character, I found it was easy to kill them in one combat. So the whole combat process was kept as per Frostgrave, the final number of wounds caused to PCs were halved, to give them a chance. 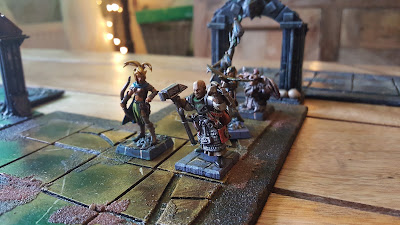 As it was Ragnar and Rollo, especially, nearly came to very sticky ends on two occassions. 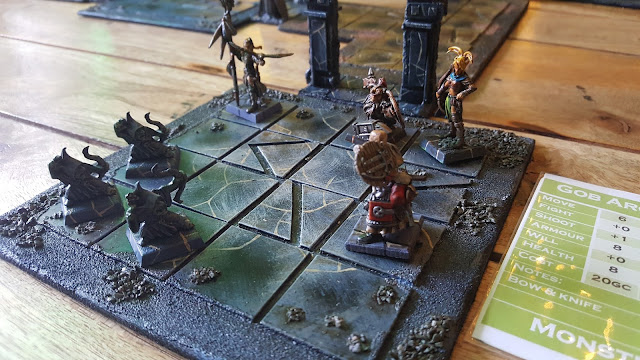 As you can see on the right of this picture I made my own set of monster cards which really helped the game flow smoothly. I coupled them with the original event cards from Quest. Here Goblin archers failed to do much damage to the PCs. 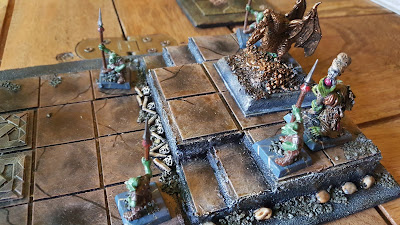 Eventually the PCs reached the final objective room with the Orc Shaman and his minions there to protect him. 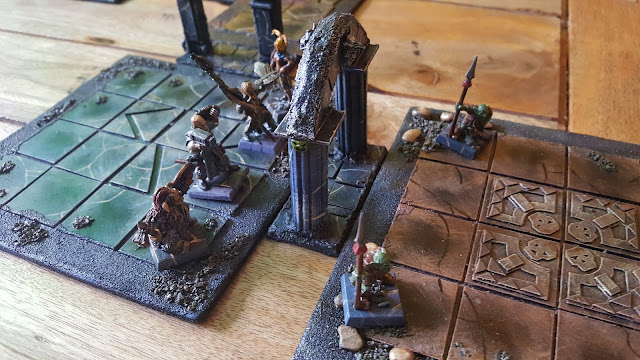 Another big change from Quest is that I halved the number of creatures that actually appeared. This has two effects, one it make the game far more open and secondly it allows the PCs tactical options. In Warhammer Quest, more often than not the PCs would walk into a room and line up in order to present a shield wall effect, because you could have 12+ creatures attacking. In the original Quest, which I do love, there were times when not all the creatures could fit on the board. So tactics were limited, movement non existent. However with fewer miniatures on the board and the use of my monster placement cards, featured a few years ago on this blog, tactical movement becomes possible. 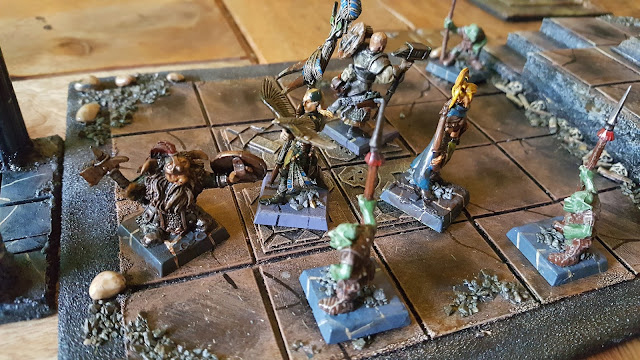 However fewer creatures does not make the game much easier as Frostgrave can be brutal. 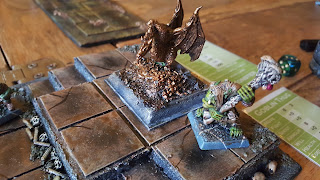 In our game the PCs finally managed to kill the Shaman after 3 or 4 rounds of combat and as I mentioned 2 of the party came very close to dieing. Rollo brought himself to the edge by failing to cast Heal on himself and others 4/5 times and incuring wounds as a result! All in all the game worked fine- another area I changed, which I should mention, was the wondering monster rule which in the original was handled by a simple dice role. So if a 1 was rolled on a D6  then a monster appeared. Keeping the D20 theme going I decided that the chances of a creature appearing would develop as the game progressed. It started at 1 in the first turn and for every tile explored 1 would be added, so that by the end of our game we were throwing a D20 and would have had a monster appear on 7 or less. Luckily we didn't get any This needs further play because I get the feeling that if the dungeon had been larger ( this is the smallest we've played) and we had had a couple of  wondering monsters turn up the party may well have been decimated, but we will see. 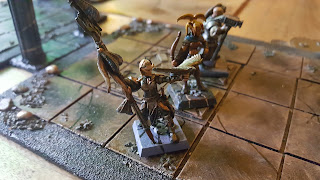 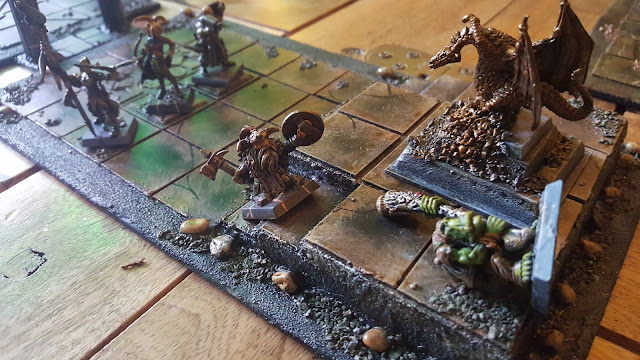 The entire dungeon below, didn't use any furniture in this game as I needed to concentrate on how it played rather than scrabbling about with fancy extra bits, but when the game works, then it will be chests and tables and torches, "oh my". 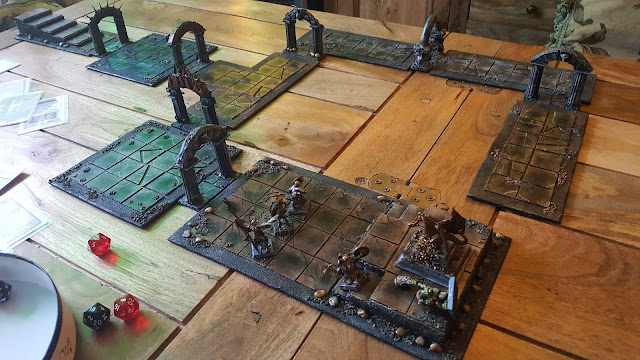 Mrs Daxio really enjoyed this version of Quest and seems to have given enthusiasm back to the system. I certainly enjoyed it and will post the character cards and some more of the rules I came up with to control things like experience and character development in a later post.