Played AOSigmar again last night at the Wakefield Warriors club and again against Steve. Had my backside handed to me big style. I couldn't roll a dice when I needed to, Steve played very well having changed his list a little. He had swapped the chariots for Grave guard and taken his Tomb king off his chariot too.

I had left out the Gors and brought in a Cygor.
Just a few pictures to give the feel of the game. 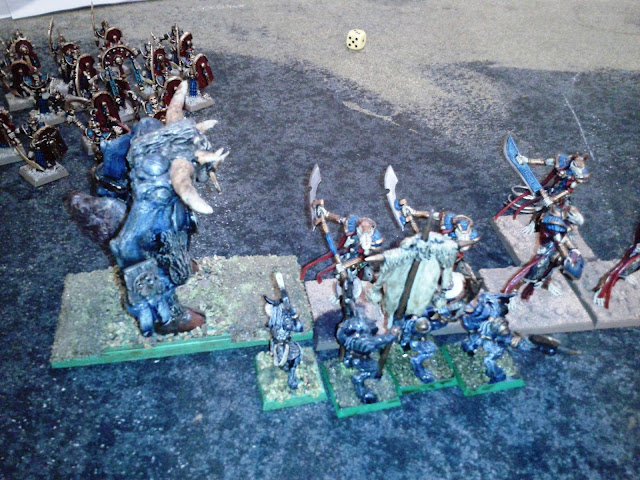 The bestigor were later destroyed by battleshock
Poor photos taken on my phone I'm afraid. Rather washed out. 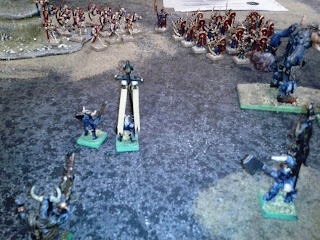 Shooting and battleshock from the skeleton archers took the ungor raiders out bar the last 2! 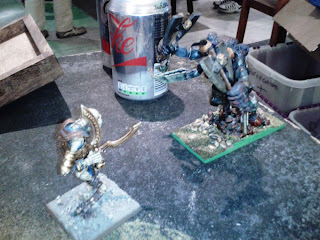 The coke cans played no real part in the game. 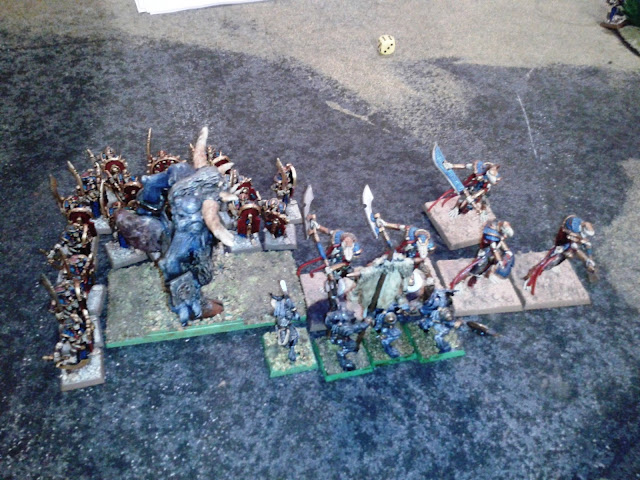 Large combat which resulted in the death of the Bestigor and the Cygor. 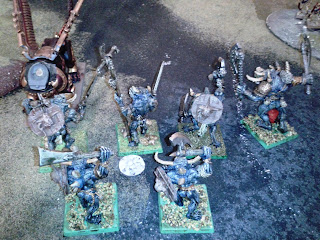 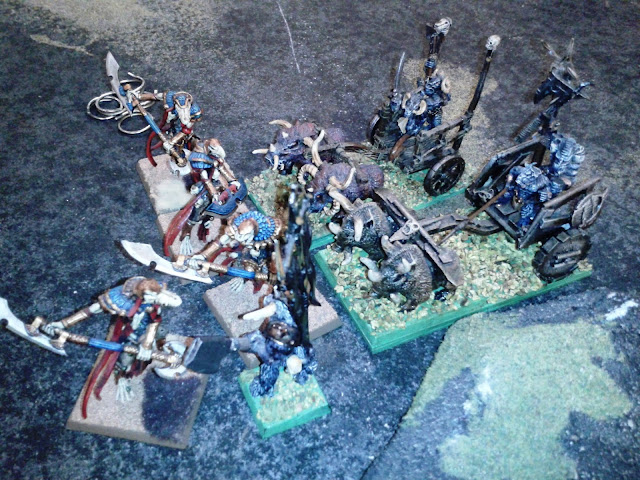 The chariots and the BSB worked well together, the chariots got to re-roll their attacks when they charge anyway, but because of the bSB they got add 1 to their to wound roll too. They killed I Ushabti and wounded another. 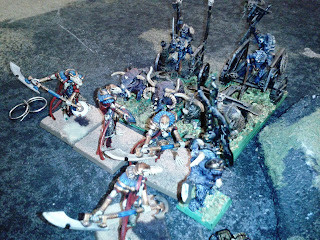 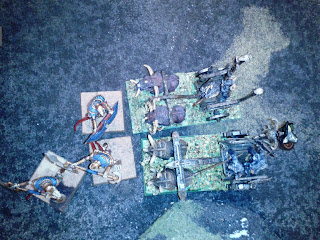 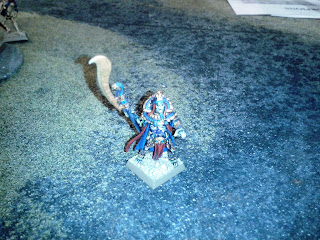 The Tomb King revels in his victory. 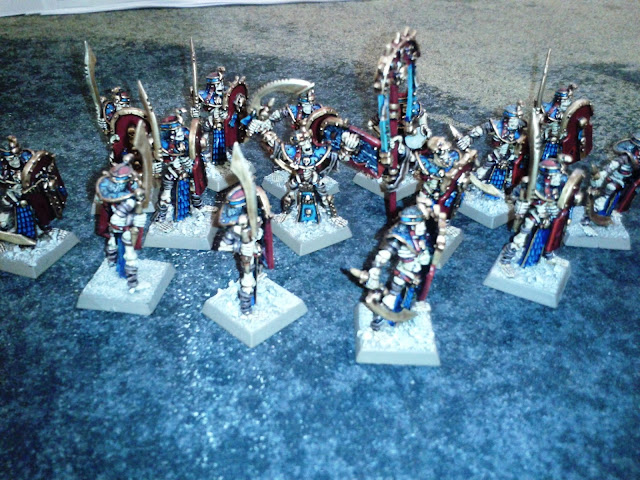 As do all his undead minions. 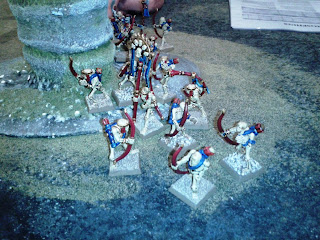 The game came to an end with only the Doombull alive: a great victory for the Tomb Kings.

I thoroughly enjoyed the game and it was very quick this time through, we remembered all the rules apart from looking up spells or abilities.

There is definitely more to this game than I thought. The order in which you do things and the synergie between units and characters is very important.
I intend to carry on using the Beastmen, partly because I like them, but also because they have always been a challenge to play with well and in AOSigmar it seems they are as well. Also I will get to know all their rules and hopefully I will get a better flavour of AOSigmar.

Email ThisBlogThis!Share to TwitterShare to FacebookShare to Pinterest
Labels: AOSigmar