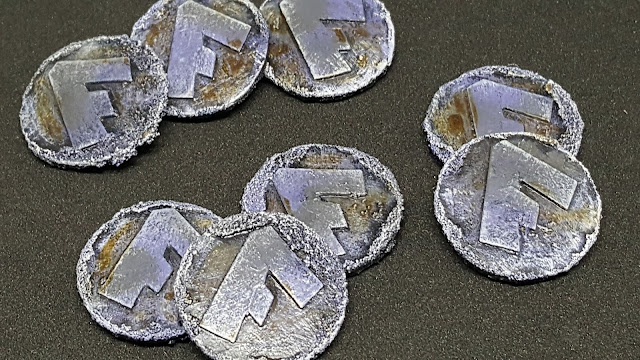 With Mick coming over to play last week I wanted to have some interesting scenery, of which I have enough although a comment about that later, and I needed some items to make the game a bit easier to play.

So here are my home made fatigue tokens.

The Fatigue tokens are made from cat food box card, cereal card and sand and glue (PVA), then painted. 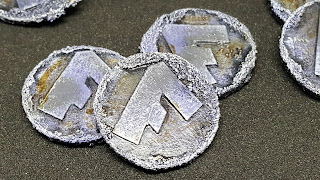 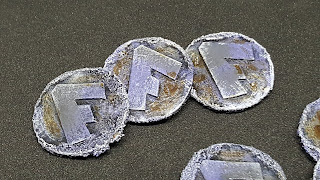 To give an idea of size here are the Viking tokens next to my Warlord. 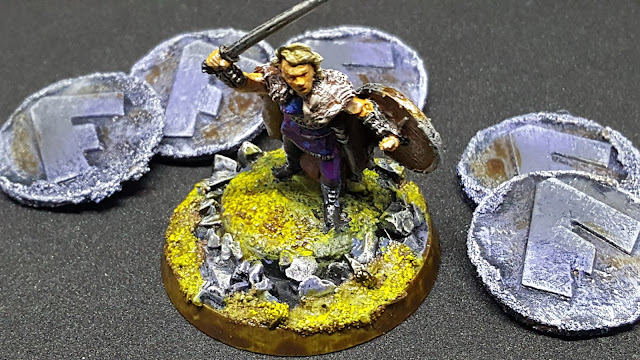 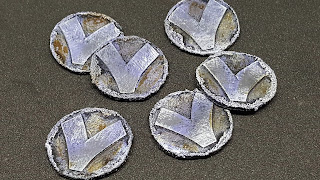 Again here is my Greek Warlord and a few tokens. 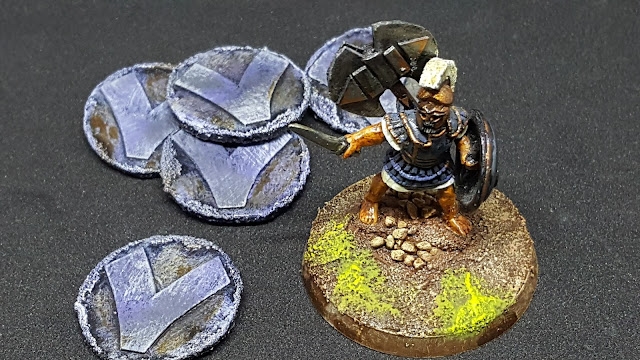 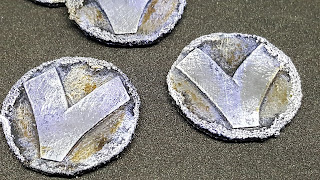 Wanted these tokens to be strong, so they are covered in sand on the edges and back as well as the front. I then painted and stained them, finally giving them a coating of thick PVA which really toughened them up. If you tap them they sound like stone. 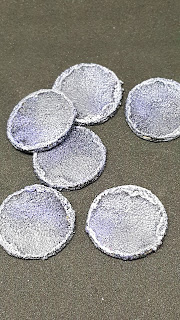 Finally I had a minor epiphany as I was putting away the fantasy cottage I had used in the game, namely that if I changed the roof to a thatched version it would possibly pass as a Viking type dark ages build! So that's what I intend  doing in the next week or two. Will post when done.
Posted by Darryl Hunt at 00:07