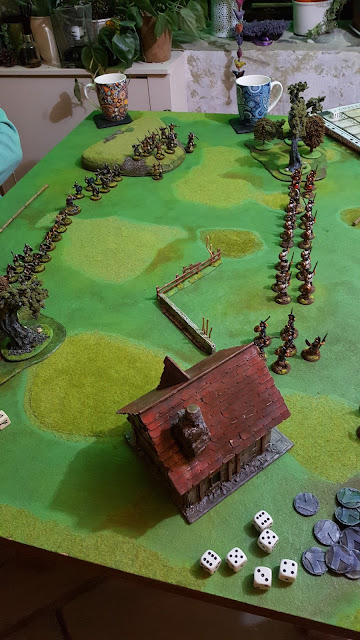 Last night Mick and I got together to play our first game of Saga and a jolly time we had.
I have played one time previously but for Mick it was his first time. 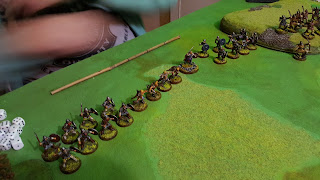 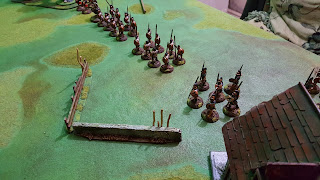 Mick took control of my Vikings and I played the Greeks. 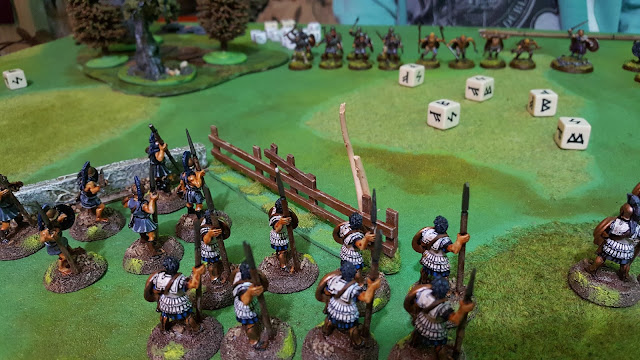 Probably approaching it in the wrong way I surged forward to close the gap between the two armies while the Vikings sat back and waited. 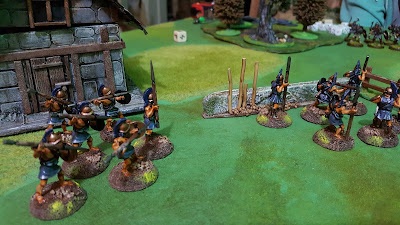 Levi with javelins, didn't get the hang of these really, may drop them next game. 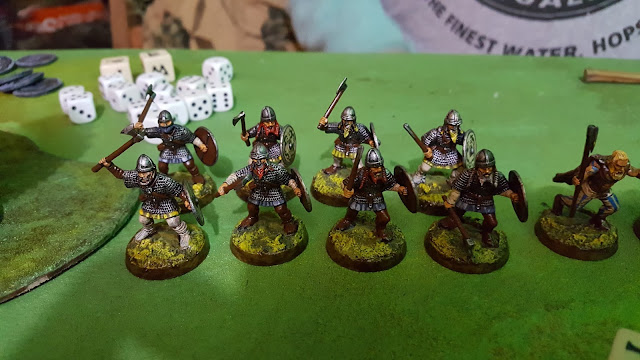 Berserkers and Bondi held the centre. 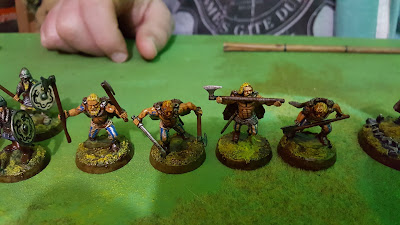 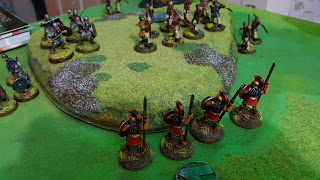 My Spartan hearthguard attacked the Levi archers and while they killed a few put themselves in a poor position. 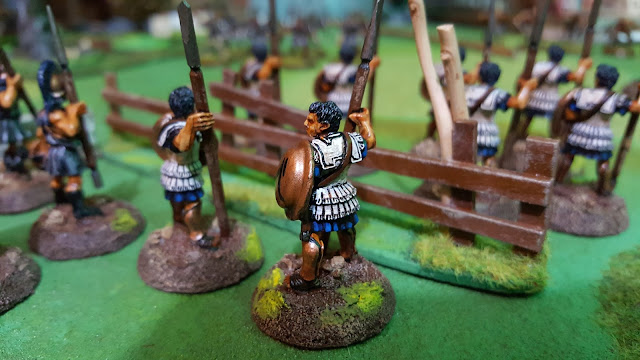 I think this Hoplitai may have lost interest in the battle. 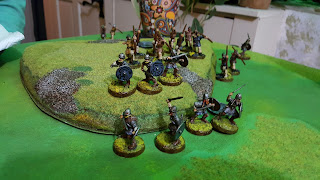 Mick's warriors jumped in and managed to kill the Spartans. 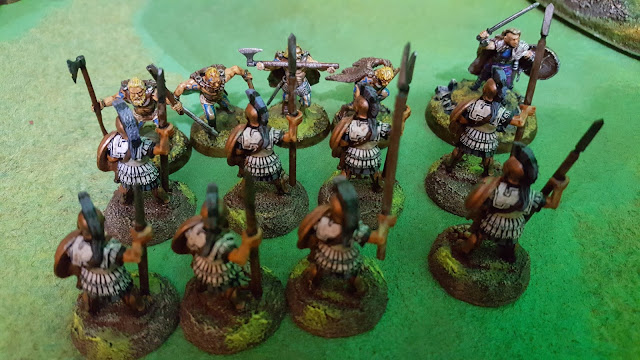 In the centre the Berserkers attack my warriors along with the Viking Warlord, the upshot being both the warriors and Berserkers were destroyed, I was very lucky that I managed to rid myself of the Berserkers. 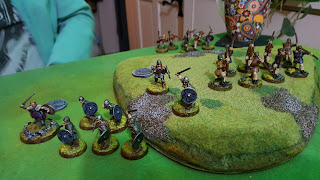 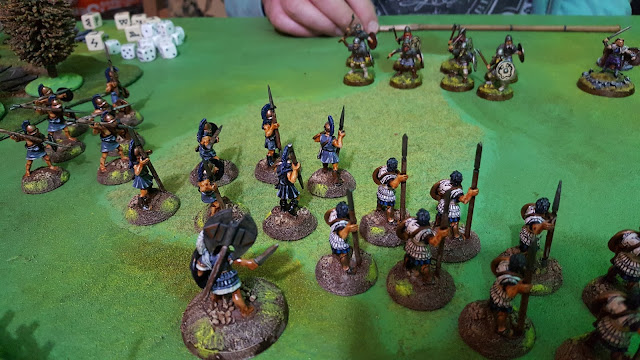 With the Greek right flank falling to bits I shifted my general over to the left and consolidated my position. 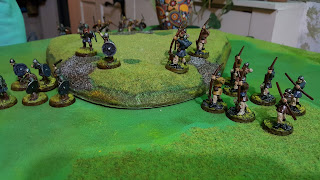 At this point still felt I was in the running although on the back foot. 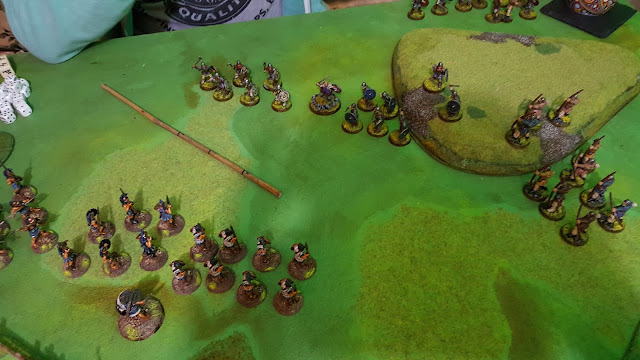 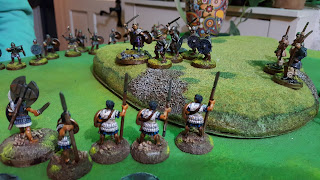 Again aggressively, I stormed into the Viking Bondi on the hill and managed a loss although I did kill a few of the savage warriors. 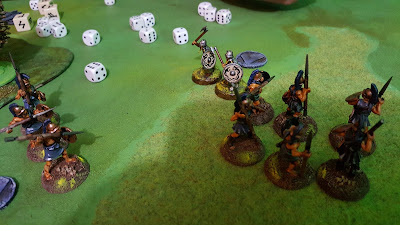 On the far left the Psiloi continued to pepper the Bondi there and reduced them to two models but could not finish the job. 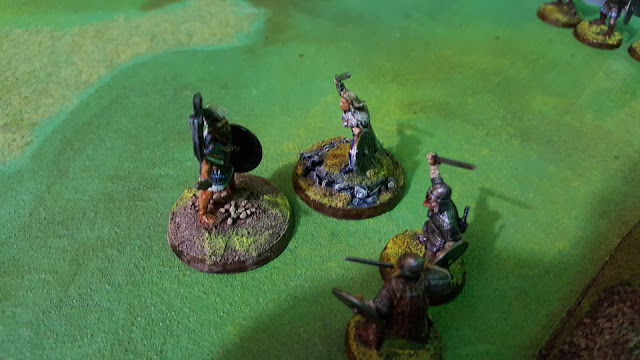 Then Mick activated his Warlord and attacked mine, due to Warlords Pride. The upshot of which was that they managed to slay each other! I think looking at this picture that Mick could have survived by off loading 3 of the wounds onto the Bondi next to him - due to Resilience. But it didn't change the outcome of the battle overall. 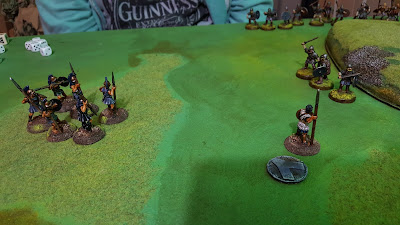 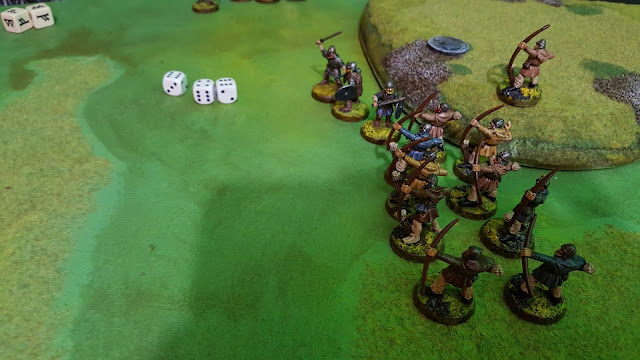 However the writing was on the wall and the bloody battle was over, it was obvious that the Vikings had won. The Greeks had no command dice to play with and only Psiloi left. 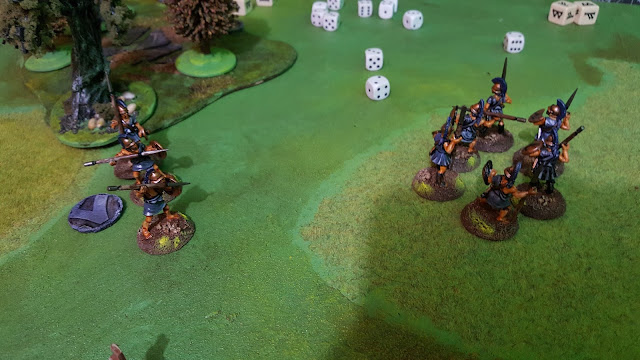 We had an interesting game, neither of us had played with the armies before and so the battleboards were a mystery to both of us. I had watched quite a few reports on You Tube, both Rubbishinrubbishout and Celtofkernow which really helped to get the basic mechanics working.

We will be playing again and Mick was already thinking about a faction he might like to play. So all in all a successful evening. Now where is that battleboard, lets see if I can get my head round it!