Hox is the Half Orc barbarian Blacksmith who has been helping out the players in my D&D campaign as an NPC. 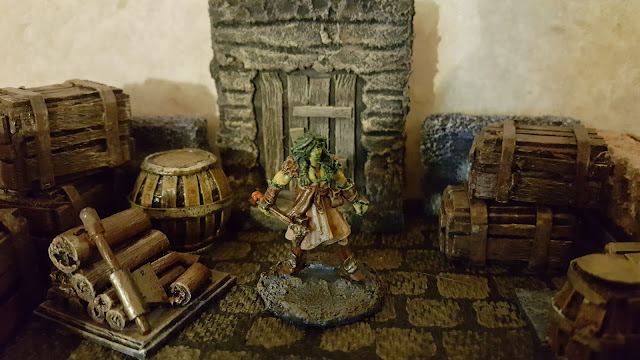 Here she is in her blacksmiths, think I need an anvil and more tools :-) Or perhaps I mean Hox does. 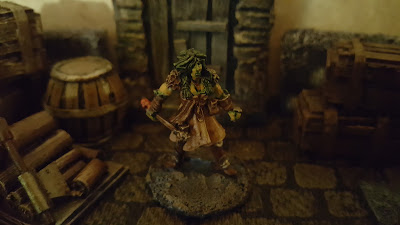 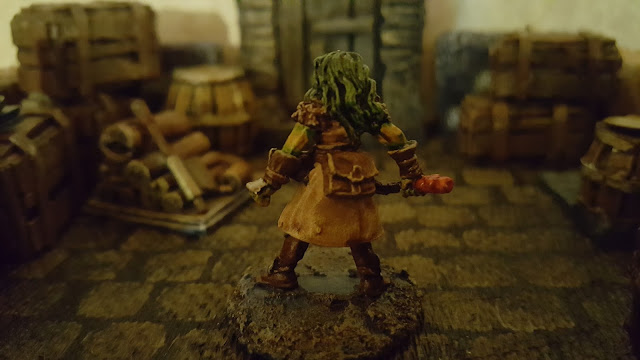 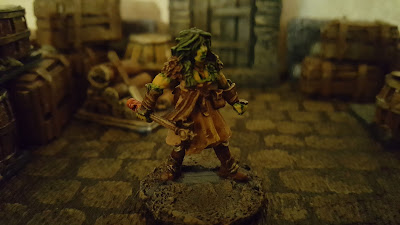 Wouldn't be something  I would usually do but the players chose a rather eclectic group of PC's and it seemed to me that a bit of extra muscle might come in handy on occasion.

Apart from giving her responses to certain situations she is controlled by a couple of the players at the moment. She has been a useful NPC as she draws a link between the new players and the village of Sagan, where they are based, as well as linking part of the adventure and also adding a large maul with which to hit goblins and orcs. All useful stuff.

Searching about, however, for a likely model I found it difficult and after a mild flirtation with sculpting I remembered I had a Frostgrave miniature that might do the job and so Hox was born as a physical model.

The players like Hox and she doesn't seem to have created any problems within the group.
I don't see her as a permanent member of the group, but she may well appear in more than the initial games, basically, where appropriate.
Posted by Darryl Hunt at 00:41