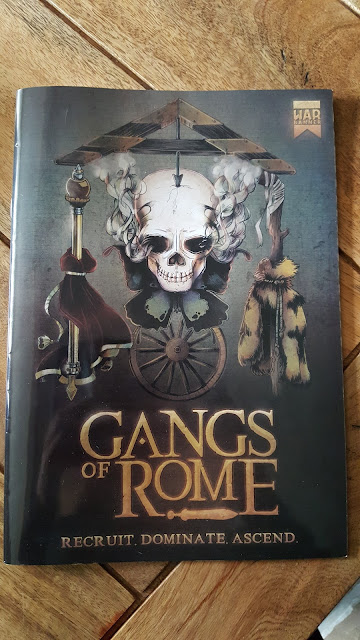 I have had this Game in my possession for some time but hardly had any time to read the rules, mainly because I have so busy working with Luke at Lukes APS. But it is something I am going to be getting into an awful lot in the coming months.

If you don't know much about the game it's basically a small scale gang skirmish game where the Dominus, that's you, controls a small troop of   ragamuffins, between 3 and 10, trying to out do the other gangs in your area in an attempt to get the Dominus elected to the Senate. 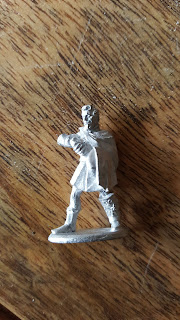 Example of a character, this came free with the rule book, which I got for £8.99, very reasonable.
It comes with a character card and bits and bobs to use that miniature. If you want to see what the miniatures are like and see how they come out when painted visit this link and watch Luke painting an initial gang. 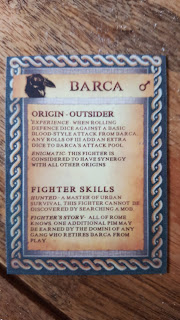 Bought seperately, each miniature is worth £8 but you can get 5 for £35 ish. 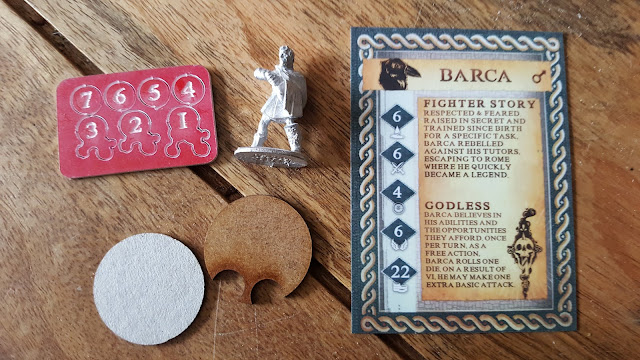 The book has some great pictures as you would expect and lots of inspiring ideas on setting up a game. 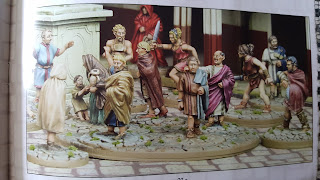 The mob, above , takes part in the game. There is a play through here if you want to see the game in action. 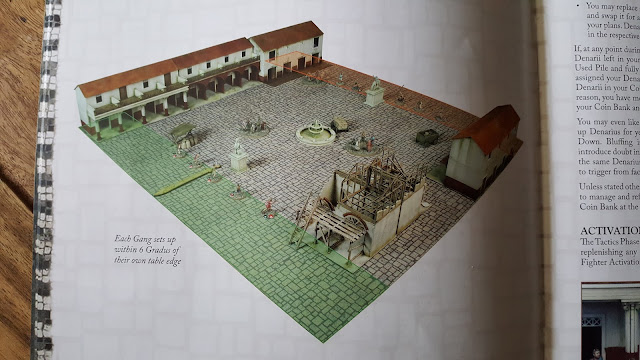 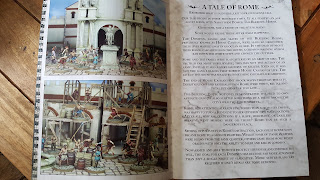 I will be getting a gang shortly and when I do I will be painting them and posting games too.