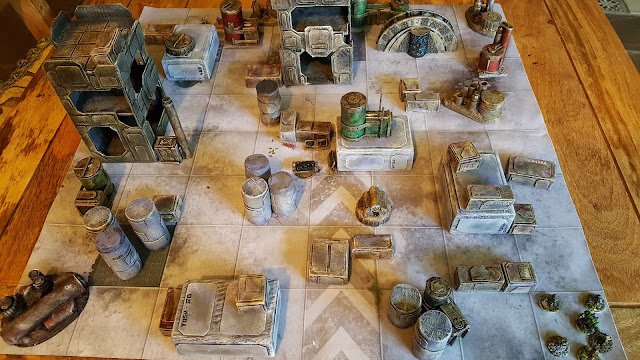 The newly formed crew of the Odi Sante under the captainship  of Eema Garrand had spent much of their first day on Horst, looking for a job that matched their very specific skill set.

In a local bar they came across Sal Bleng, representing a local militia gang who needed a certain person taking to a certain location so they could interface with a certain piece of software, and not be interfered with during the process.

Lin was the ladies name and she needed access to a terminal in the middle of one of the industrial centres in Palmer's City Complex. 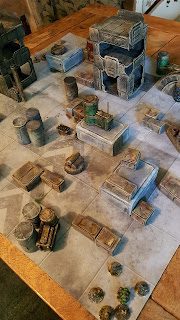 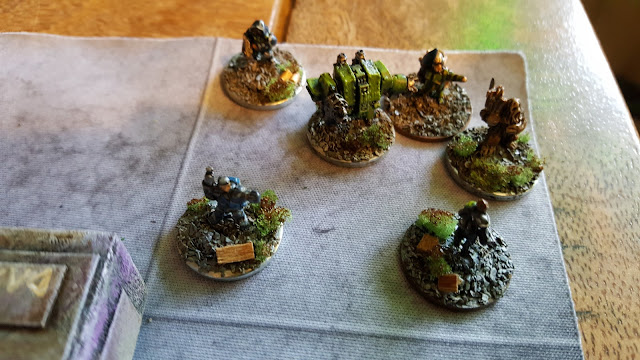 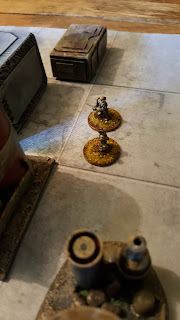 Out of sight of the crew a group of Alien Mercs had already staked out the terminal ready to terminate Ms Lin and the heroes. 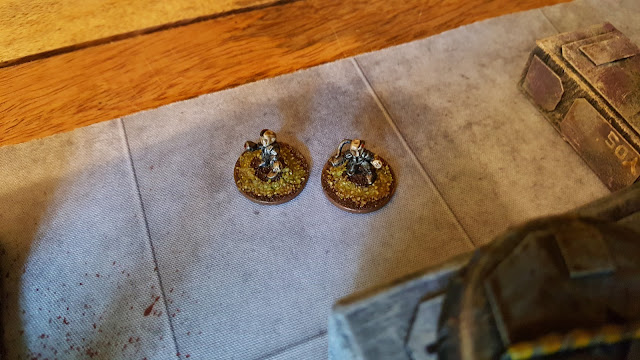 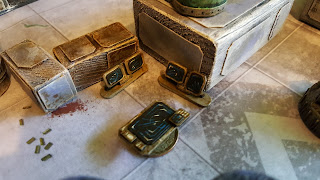 The terminal that needed to be reached in the middle of the board. 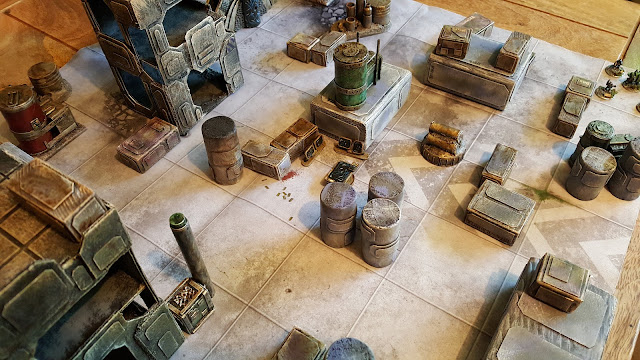 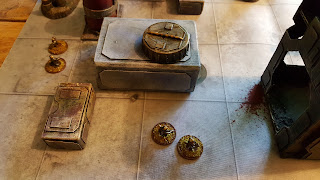 The first turn sees the Mercs scuttling for better positions to cover the crew and the terminal. They are Tactical enemies and so split up into 2 teams and advance at half pace retainign cover as often as they can. They try to get within 12" and then attempt a flanking action. 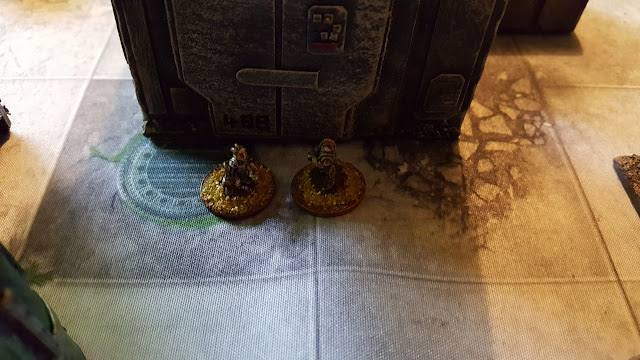 Tucked right up against 2 large buildings. 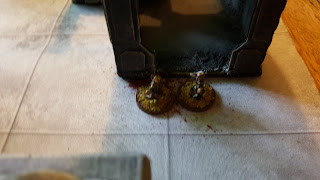 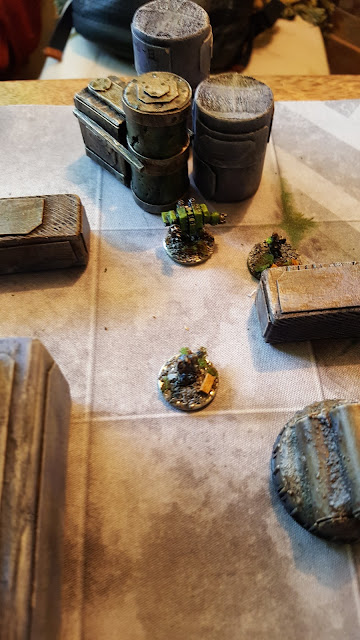 Remi, Timtuc6 and Max storm forward to try to secure the terminal. 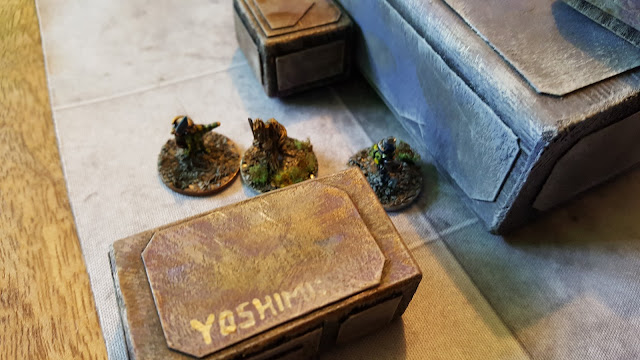 While Darrsha and Eema bring Ms Lin by a less direct route in cover until the area is safe. 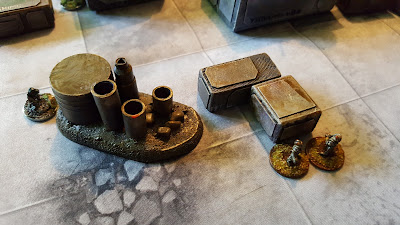 The Mercs continue to hug the terrain, they are a Tactical group, defined by the rules. 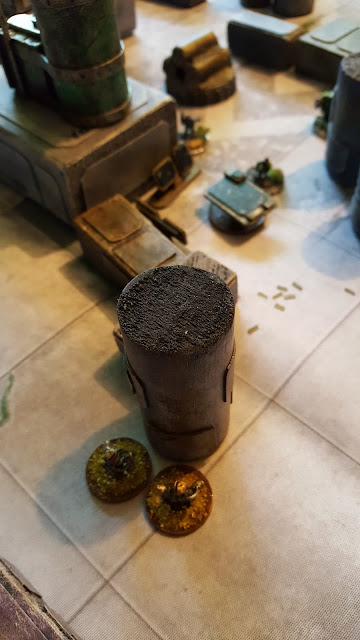 Believing the terminal safe, Remi stands out in the open, he's far too confident. 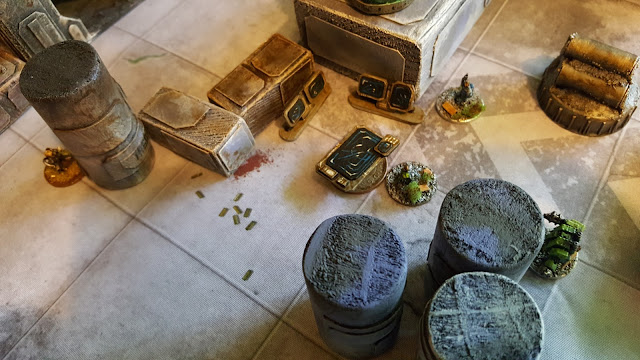 Captain Eema creeps forward having spied movement among the containers. 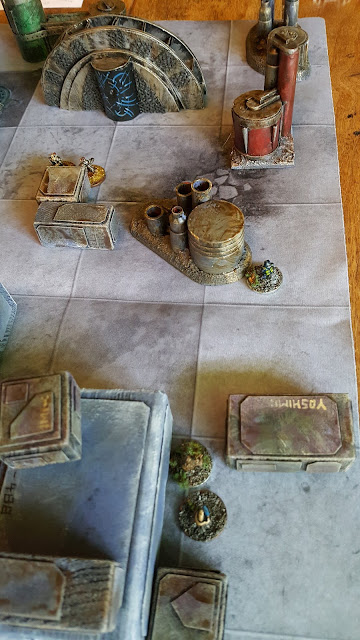 Darrsha and Ms Lin hold back in cover. 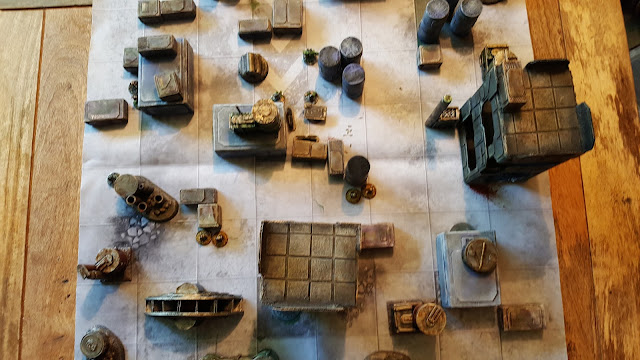 Overhead shot of the game. 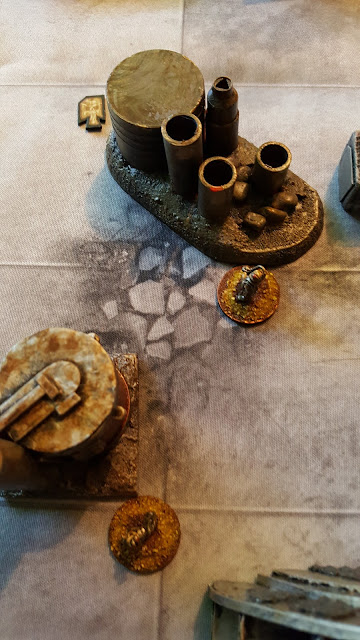 Things go badly when the Mercs break cover and gun down Eema, skull marks the spot. 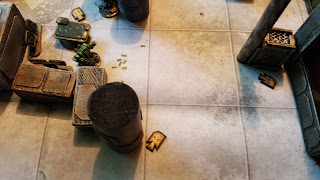 At the same time Remi falls under a hail of fire, however the crew pass their moral test and Timtuk6 and Max down the 2 Mercs who had hit Remi. Timtuk6 lobs a grenade while Max uses his hand flamer, both the Mercs are dispatched. 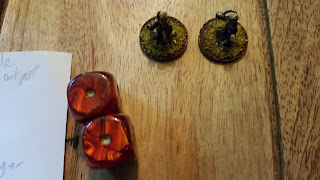 However the Mercs manage to throw 2 ones and fail their Moral test and immediately flee the field of combat. Their Moral value was 2, at the end of each turn a dice is thrown for each wound and any 1s are recorded, when the Moral value is reached the side flee the field and the game is over. 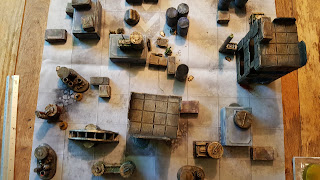 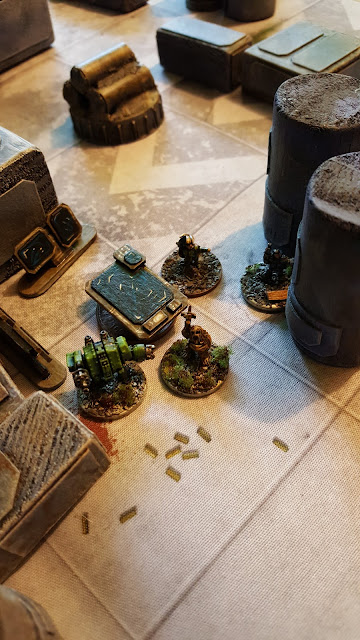 This allowed Ms Lin to take her time and do what was needed, perhaps the crew should have found out more about what she was doing, but for now they are happy to be paid and gain some loot. 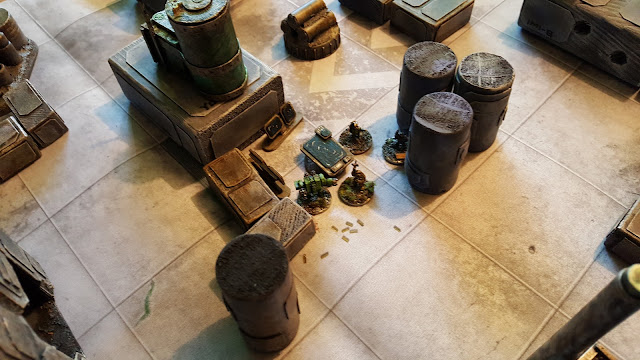 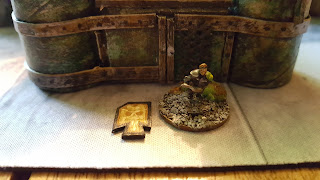 Remi only suffered a minor injury in the post game sequence. However he will miss the next adventure in sick bay on the Odi Sante. 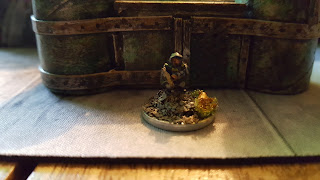 While Eema was left completely unhurt, she had just caught her head diving for cover.

Rolling on the Loot table the crew walked away with some Spare Parts, useful if they need to repair anything and were paid 3 credits by Sal Bleng.

The Mercs were a professional lot and the crew heard on the grape vine that they hadn't become enemies. Just as well as they seem to have plenty of those already.

I thought the game flowed very nicely and the changes, while huge, made the solo game experience much easier to grasp and therefore more fun to play.
The activation sequence split into Quick, Normal and slow actions and the  tactics employed by the enemy in setting up and behaviour really give them character and helped solo play.

I have always loved playing Five parsecs and this new version has grasped me yet again, I can't wait to play again.