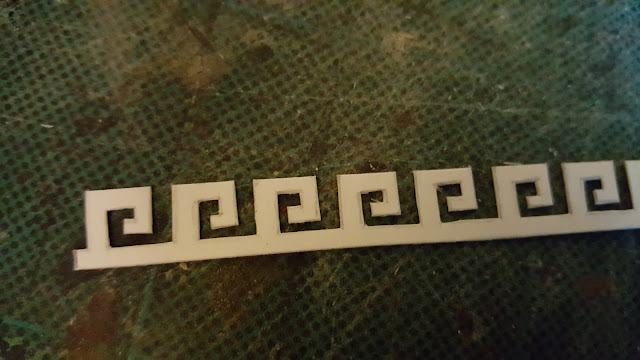 Yesterday spent a part of the day making a couple of 6" lengths of very small border designs with a Roman theme. 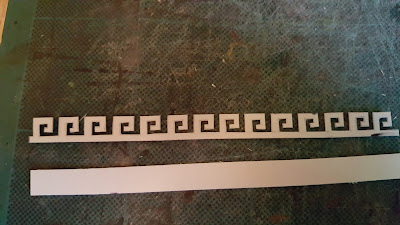 This one, commonly known as "Greek Key", is only 1 cm wide so was a bit fiddly to cut, but many many years ago I worked as a graphic artist in Leeds doing just this sort of thing, seems I haven't completely lost the skills I learned. 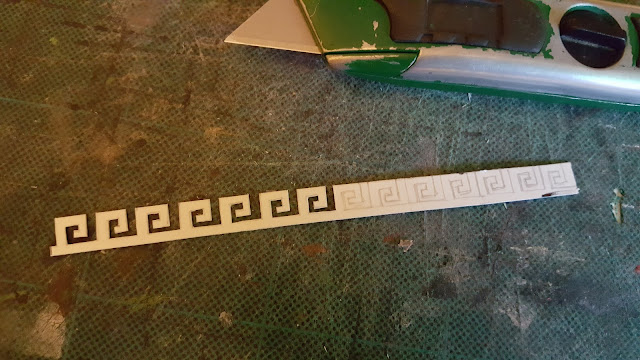 As you can see below I make a single template then drew it out repeatedly on the card strip. Then spent quite a while cutting it out with a Stanley knife, my weapon of choice. 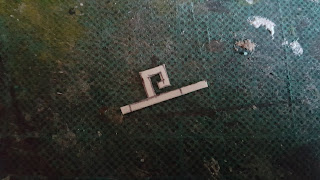 I also made a cable piece, which is complete, in the same manner as the Key, however I wasn't happy with this one, no matter how I tried, and I did, I was left feeling the angles at the end of each piece were just not right. 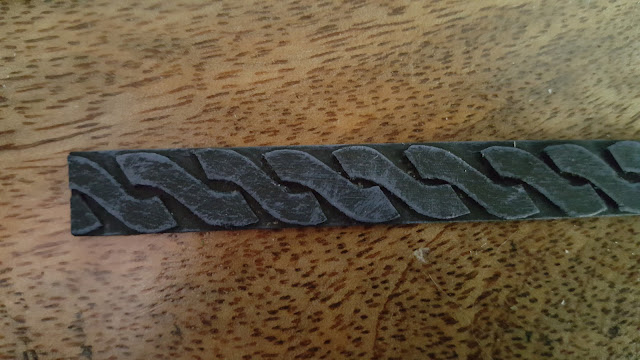 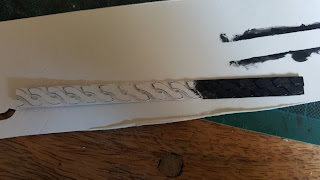 The following pictures show the process I went through, what they don't show is how many times I drew and manipulated the pieces,  over and over again. 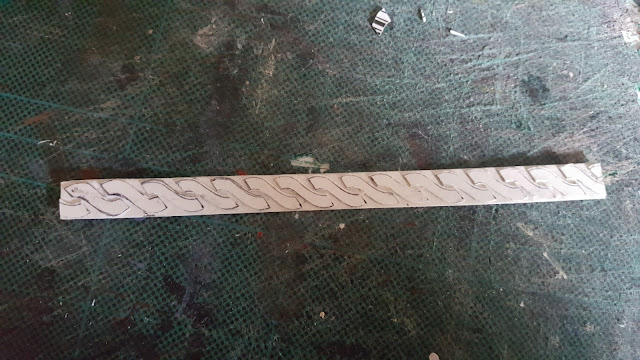 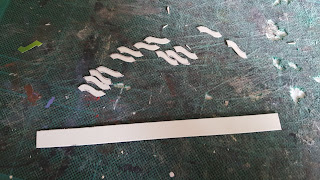 I think, in the end, that each piece I made was too large for the 1 cm strip, so I was forcing it a bit, Will probably have to redo this one. At least the Key piece came out well enough and is useable. 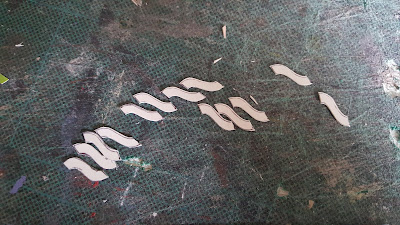 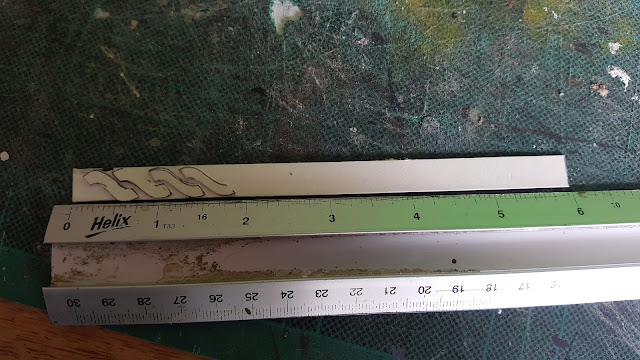 Email ThisBlogThis!Share to TwitterShare to FacebookShare to Pinterest
Labels: Boards, Drawings, Gangs of Rome, How to, Luke's APS, Modelling