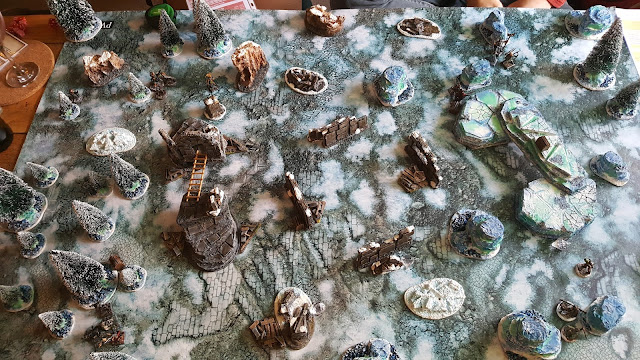 Well Saturday nights alright for fighting, so that's what we did, but in the frozen ruins of Felstad, not Watford. Four warbands converged on a scene littered with treasures to be gathered but with a rather nasty Genie lurking in one golden lamp! 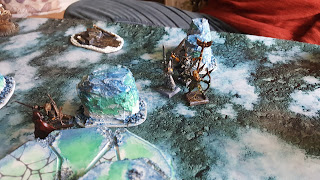 Bills warband above and Monti's below. I have to mention, I didn't take a whole lot of pictures, so the action will be a bit disjointed, but the outcome is quite apparent. 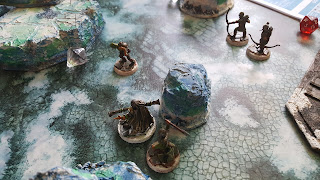 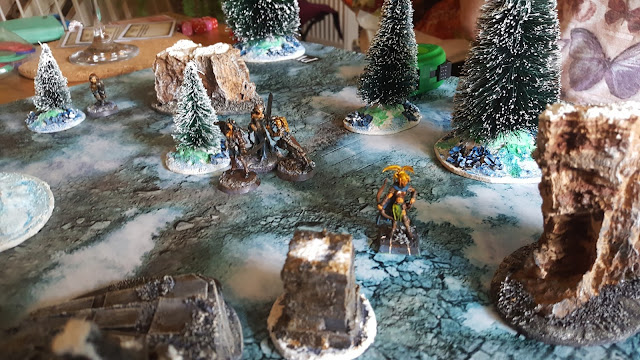 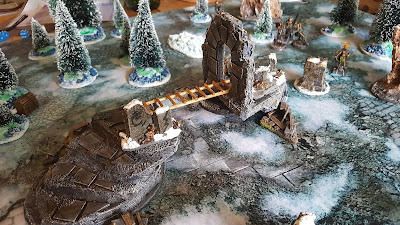 Monti's Thug uncovers the Genie, looking rather like a massive, hideous Demon, but there you go. 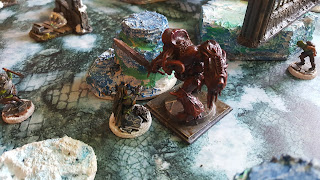 Serefina's very experienced warband, an infantryman down from the offing, which made no difference. 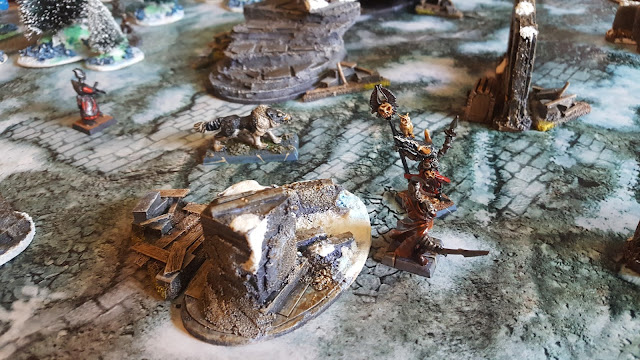 Annaka kindly tried to Banish the Genie but couldn't quite subdue it. 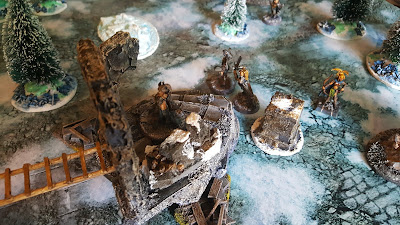 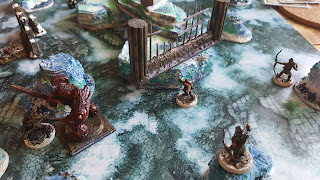 Monti cast Wall to protect his treasures and warriors, but left himself wide open. He hoped that since he had Shield in place he might survive log enough to escape. However Serefina's Crossbow "person" decided to shoot Monti between the combats (very nasty) and reduced his life expectancy considerably. 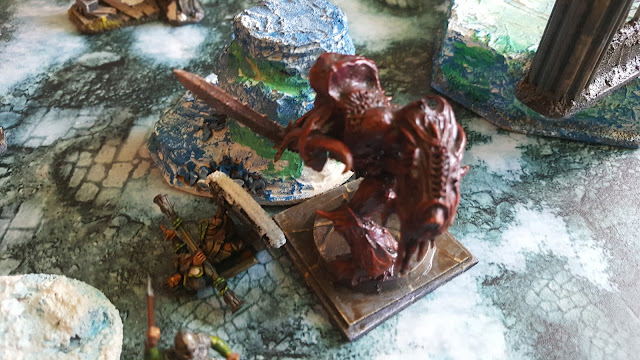 So when the Genie waded in again, it was curtains for my poor Monti. 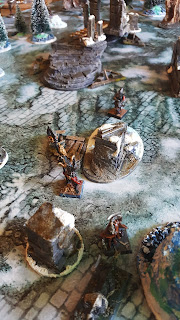 Bill then cast Grenade and came very close to destroying the Genie. Then Serefina cast the same spell and sent it to another dimension. 200 exp to Serefina!
Obviously my archer, below, was cleaved in two first. 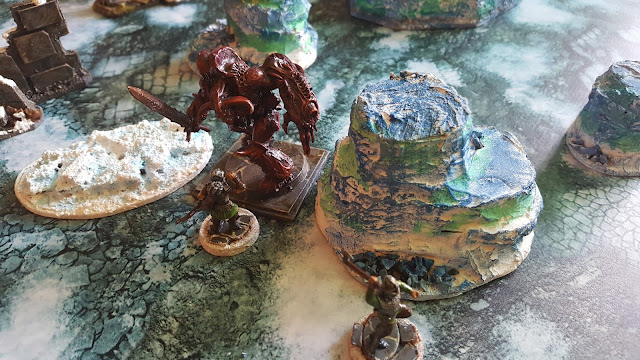 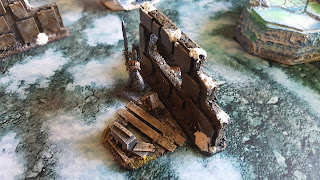 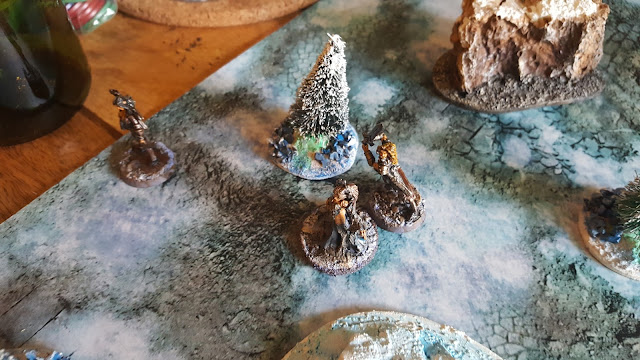 Annaka's merry band make for the safety of the board edge. 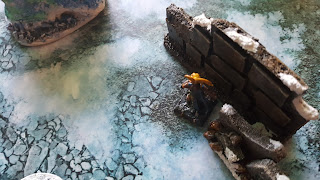 And so the game ended, with the treasure nicely distributed amogst the warbands. 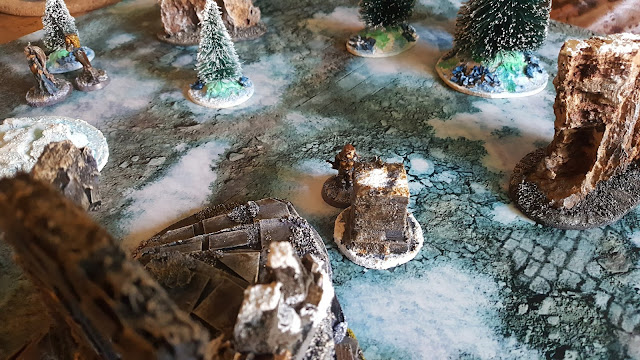 Post Game Sequence
However, while the other three gangs totalled up their earnings from the encounter Monti managed to roll a one on the injury chart and my warband instantly disbanded, That's two warbands in 3 games that I have lost now, not good.
I shall bounce back with a whole new warband for the next encounter, no worries :-)

In the meantime Serefina's warband is becoming a bit of a beast, she has a huge horde of scrolls,  grimoires and gold. A force to be reconned with :-)
Bill and Annaka's are both in rude health, looking forward to the next adventure.