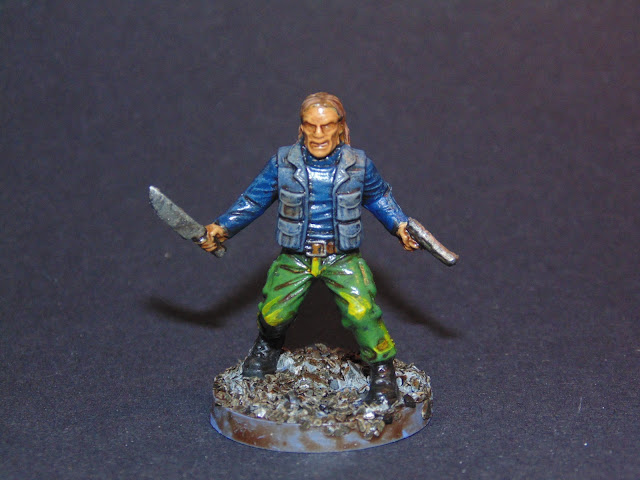 I was really surprised when Netflix started showing season 6 of Walking Dead, and it spured me on to paint the last 3 miniatures I have. Brian "The Govenor" Blake as he looked in the comics and in his younger days apparently before he met Rick and Woodbury. 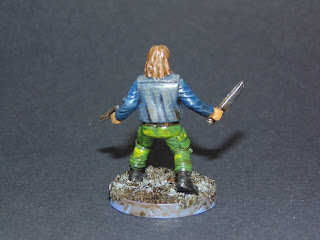 You get Brian in the Prelude to Woodbury Solo set, which I really wanted to get so Serefina and myself could play alongside each other against the solo deck. 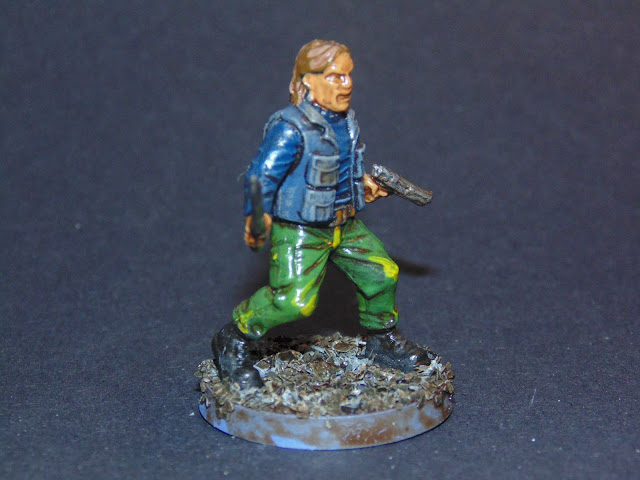 Just Rick and Carl to do now, can't believe they are nearly finished :-)