My largest unit, which may well never reach a game, are my Thrall Archers. They are probably the least classic Viking troops I have put together and also theose least likely to see a game, but they are all painted and ready for action in the event of a larger game. Or they may get mixed in with other units to bulk them out and give a bit of variation. So they won't be a waste of time painting them :-) 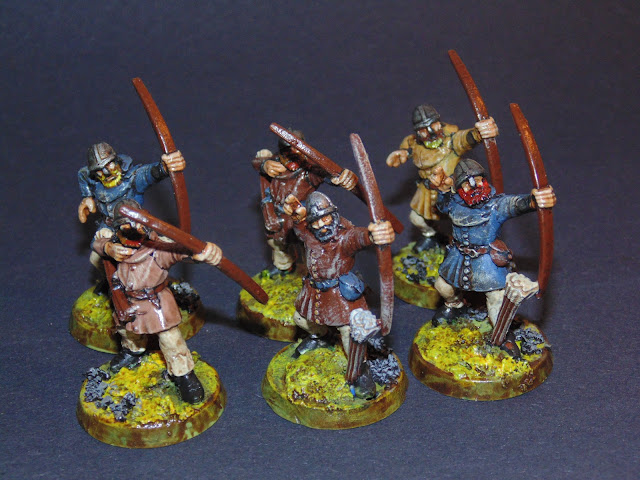 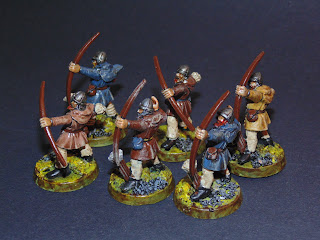 They are made from GW Bretonion archers with hoods, leggings added and crenolated tops removed to give a more Viking look. heads are left over Gripping Beast Hirdmen heads. 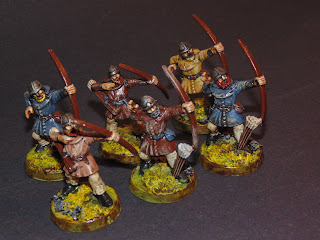 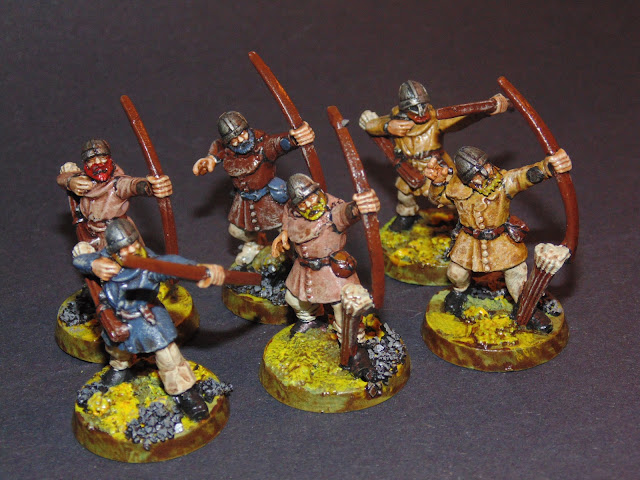 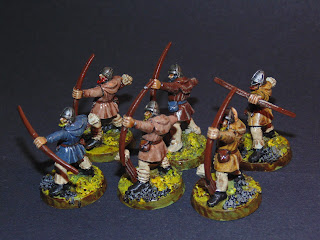 All the Thralls together. 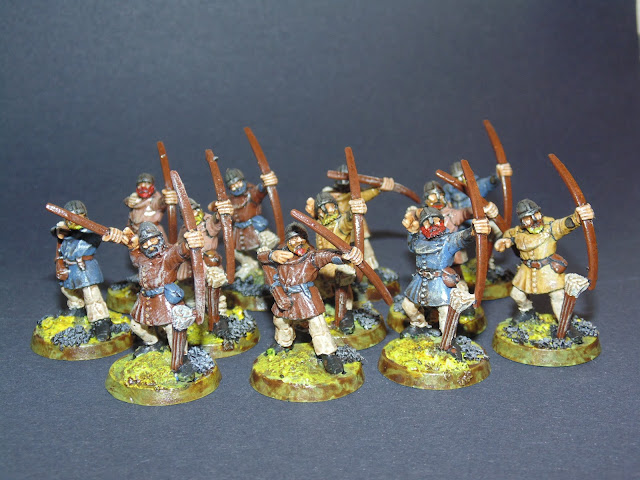 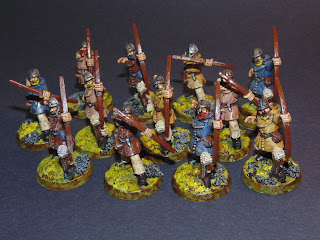 Presently I have 8 more warriors, these with spears, put together and undercoated black, these will be painted some time in the future. 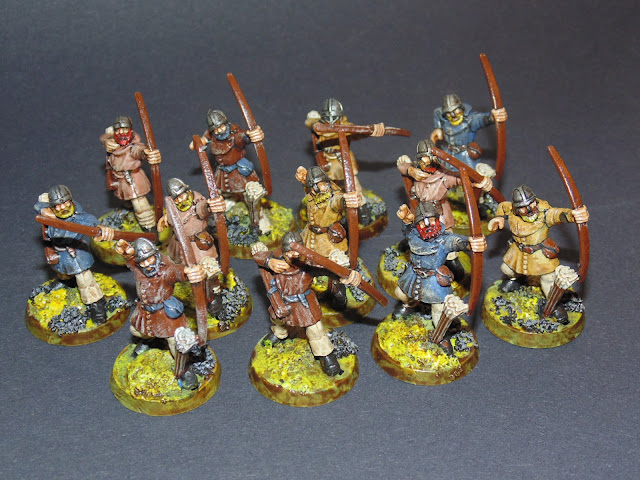 Finally I re-worked another old building from the club this week and it went back last night. Thought it sort of looked a bit Viking/Rohan in nature, so I add it here. 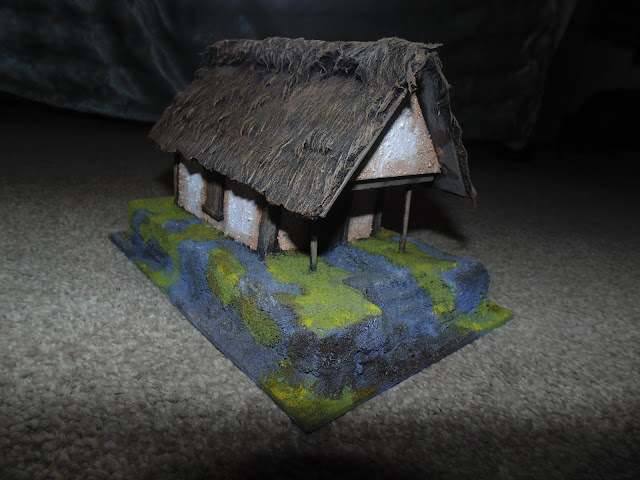