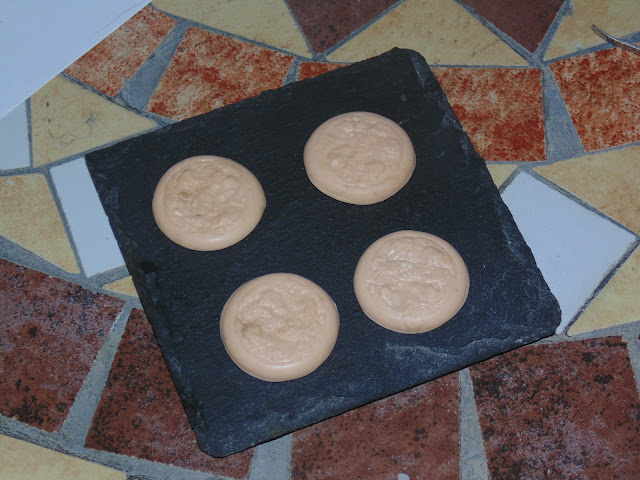 Realised that with all the Heroclix models I have now, rebasing was going to be an issue. So have had a go at casting some in Fimo, using Green Stuff casting thermoplastic. 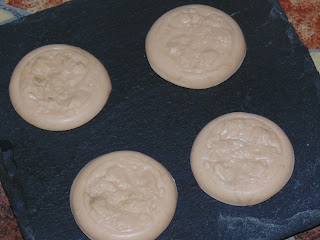 I got better at casting the second six and flattened the underneath better. Never expect them to be brilliant, but they are the correct size and general shape. They will do :-) 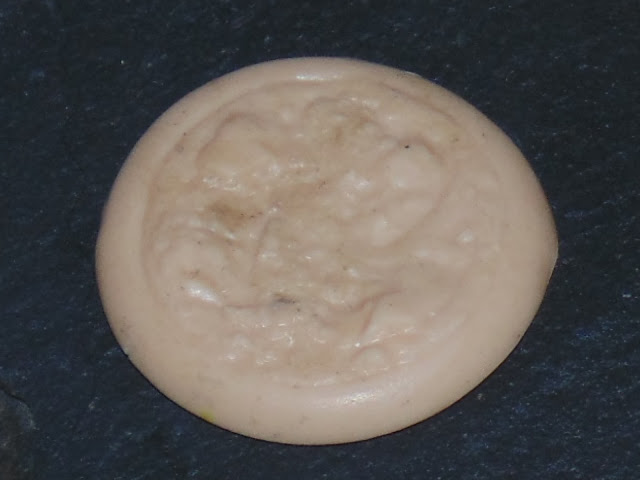 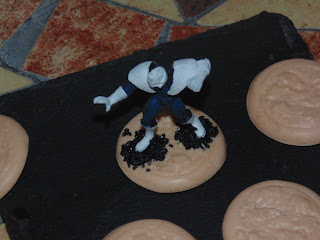 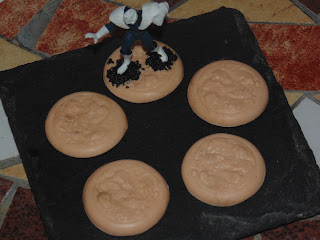 Must point out that if I could have bought some at a reasonable price I would have done, but there you go. 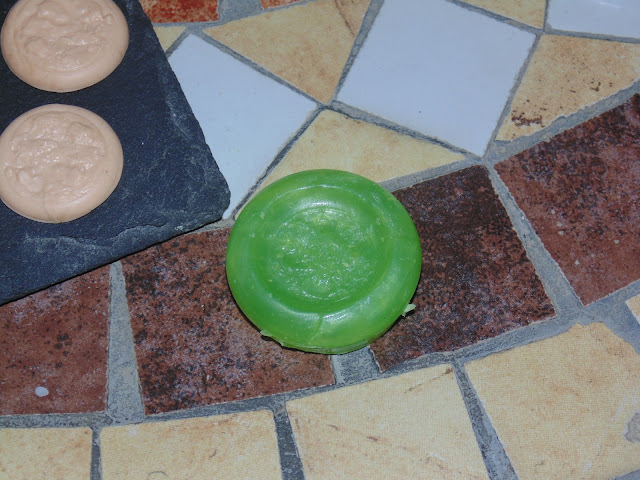 The mould in Green stuff. 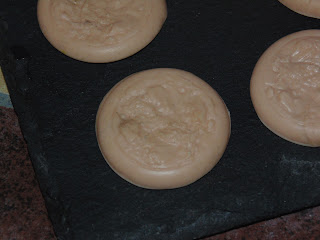 The Fimo, once warmed through worked well in the mould. May try a more complicated one next and cast a barrel.
Posted by Darryl Hunt at 03:37