The other area I have been modelling quite a bit while I had no net access has been my Herd army. They are not finished, in fact I have a few units to complete, but more about those later. 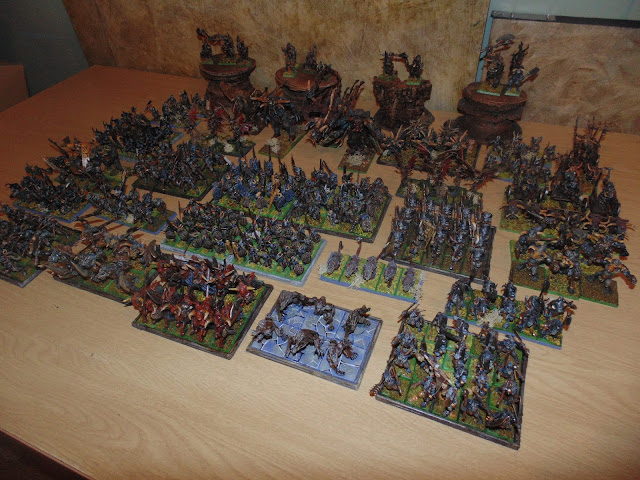 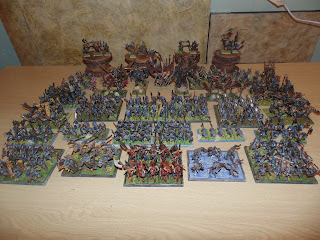 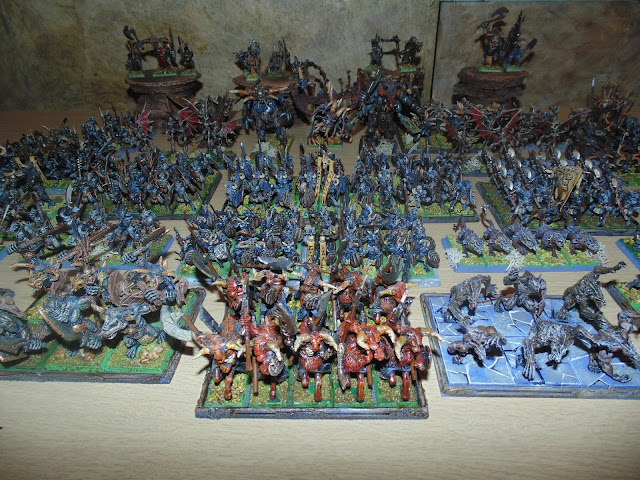 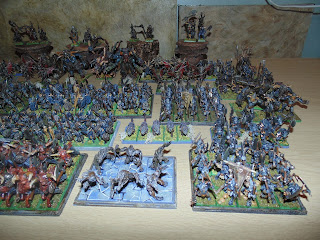 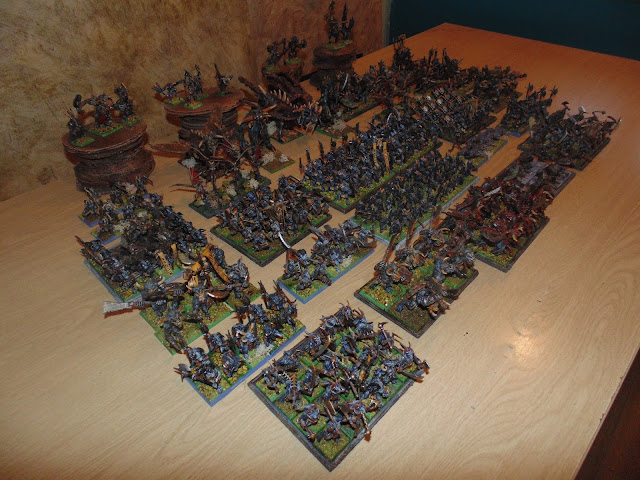 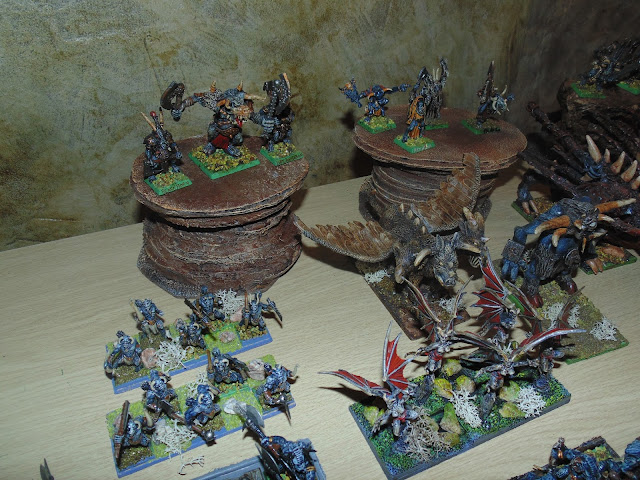 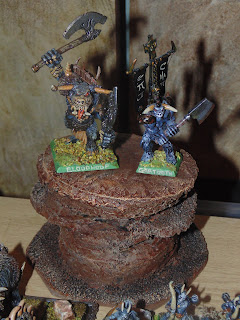 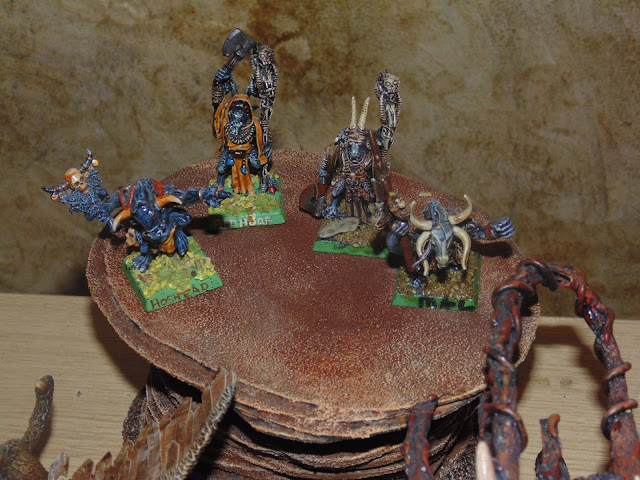 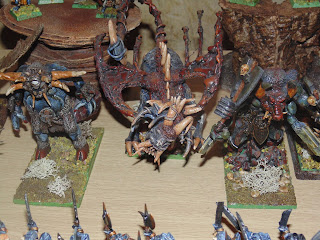 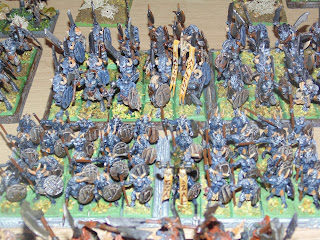 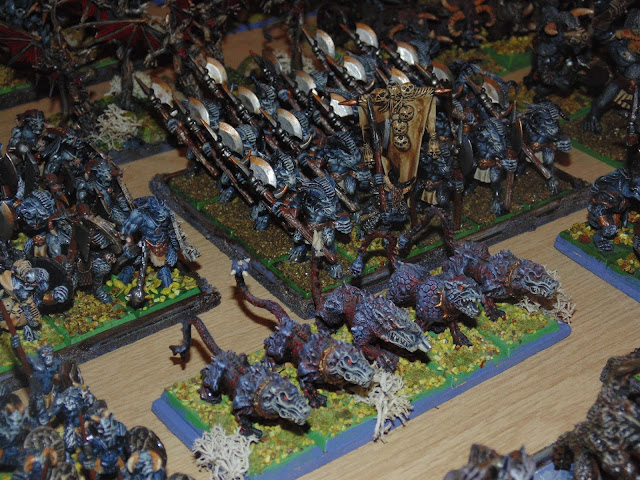 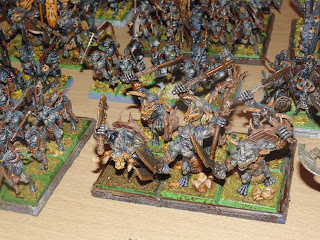 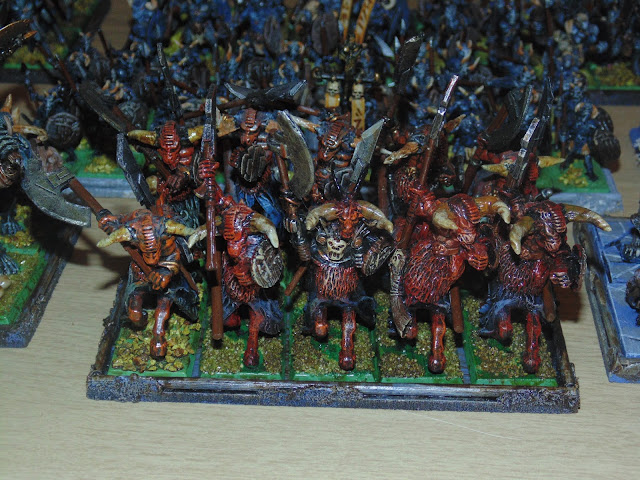 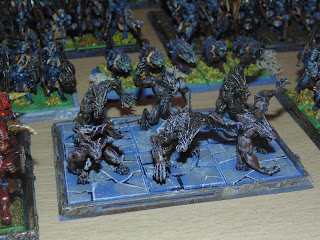 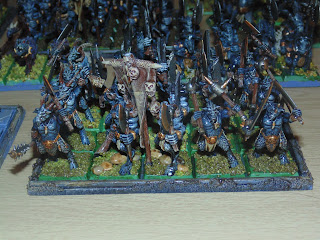 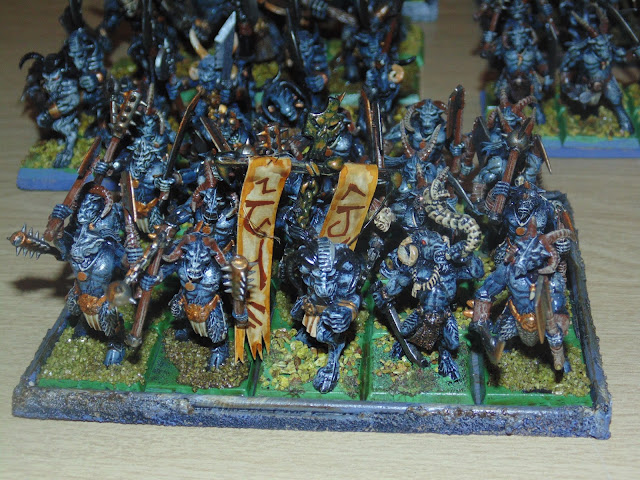 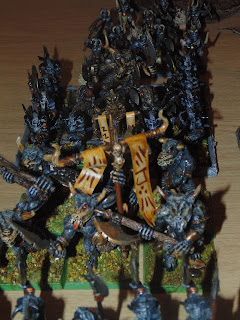 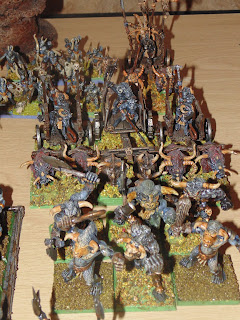 I think the biggest alteration I have made to the Herd is that I have taken the leap and glued in all the troops to their movement trays or made new hardboard bases.The only ones that have not been glued in are the larger models like the Minotaurs and the Lycans.

I also want to change the base size of some of the large monsters like the Brutox.
Anyway, that's the lot for now.