These are my first attempt to create a set of Arch Enemies to give the player characters some problems.
So I gathered the models, from what I found lying in my bits box, painted them, created an NPC record sheet, as below, and made each an event card. They are based on three characters I found in an old White Dwarf from 93, an adventure called The Priests of Pleasure by Andy Warwick.
The three characters were described there but for Heroquest, so I had to jiggle their stats about for Quest. 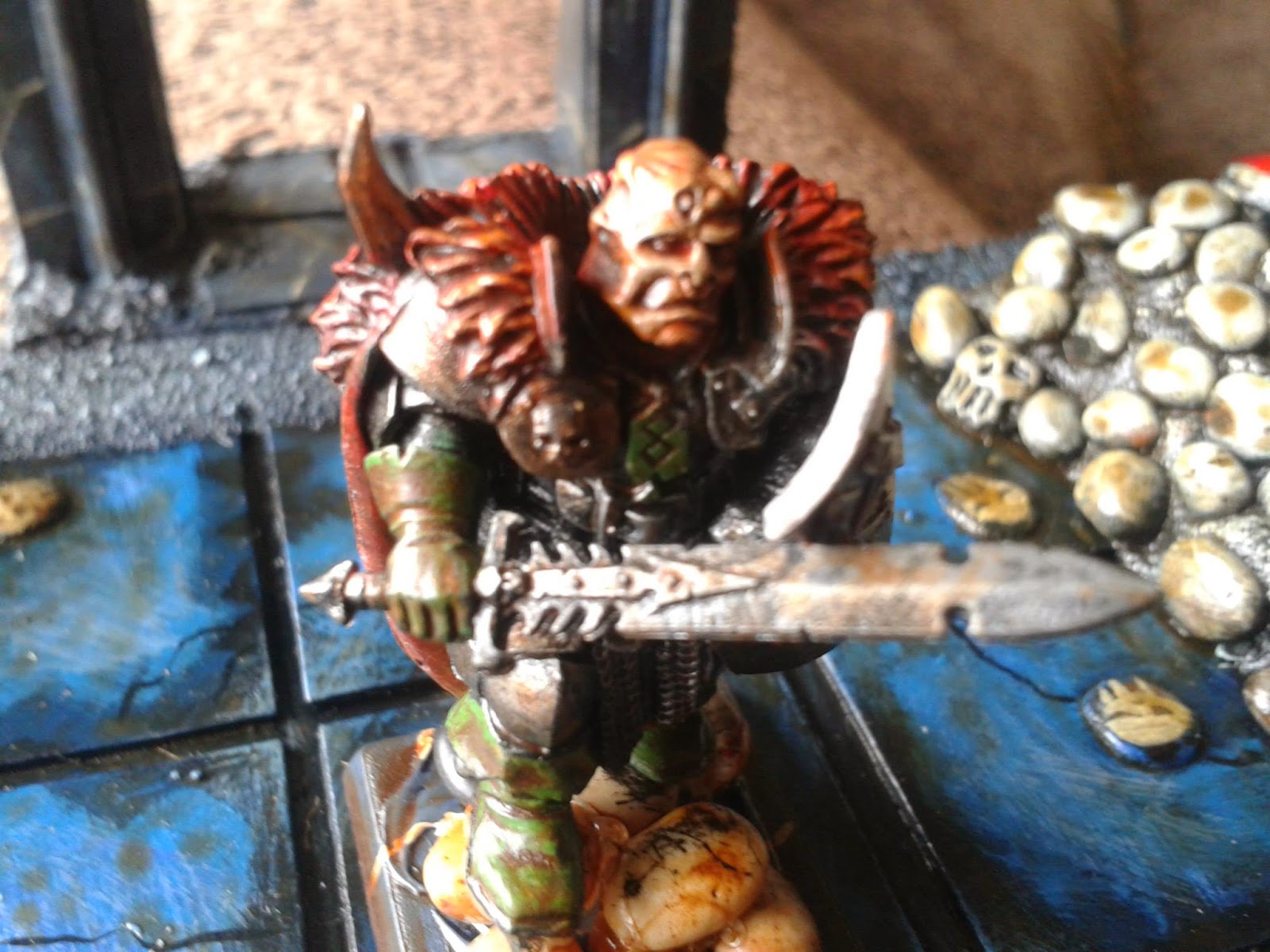 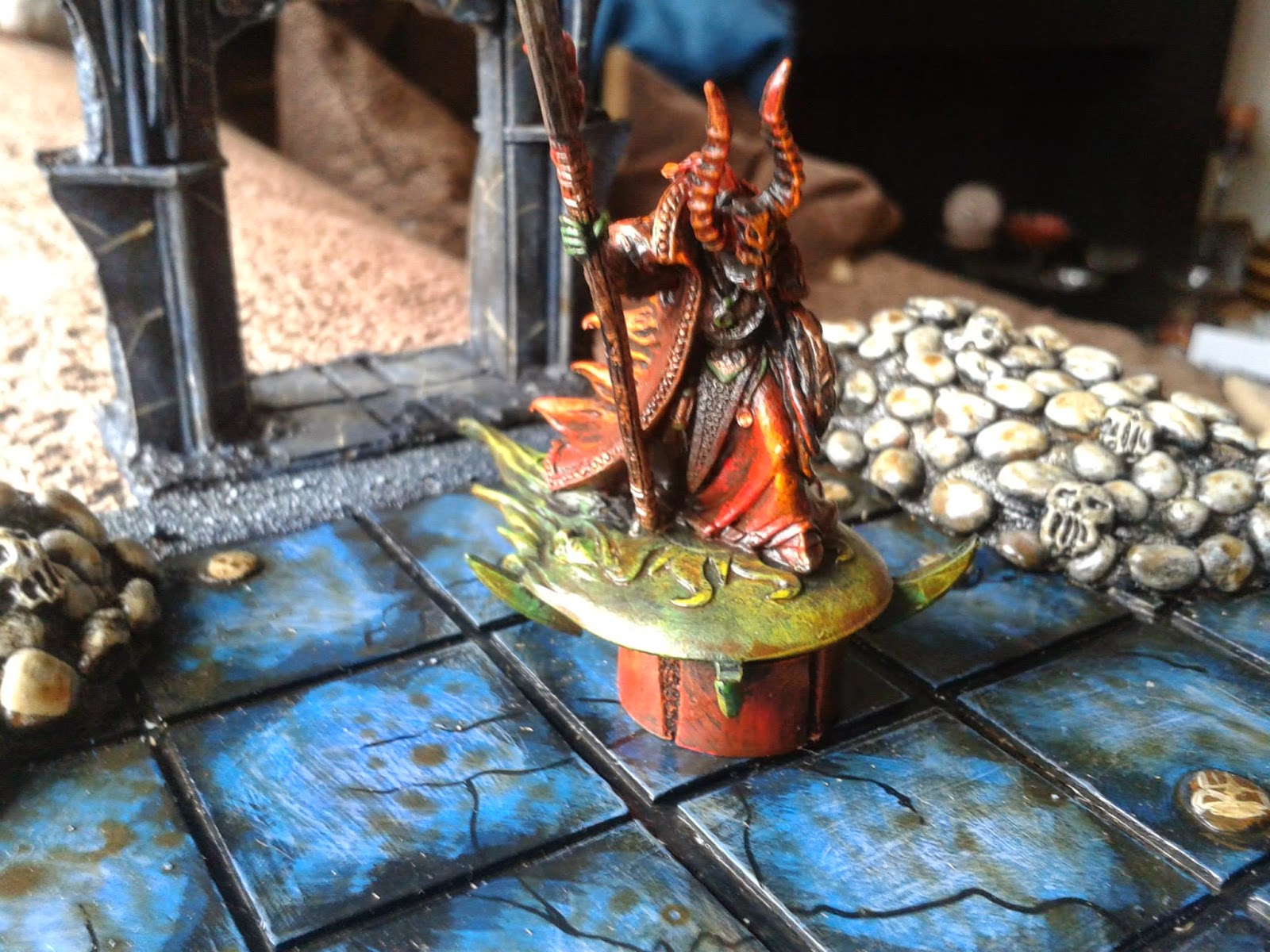 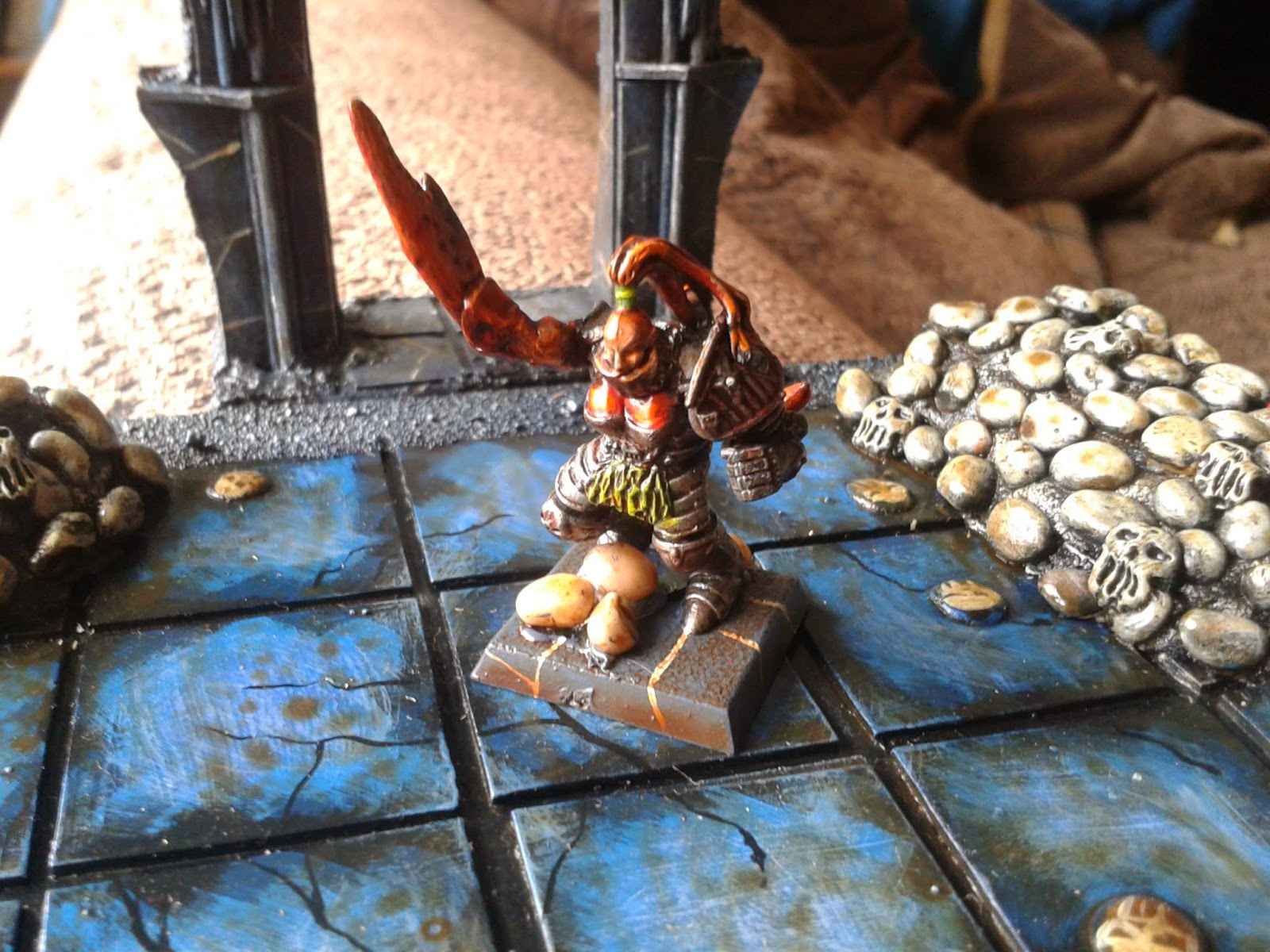 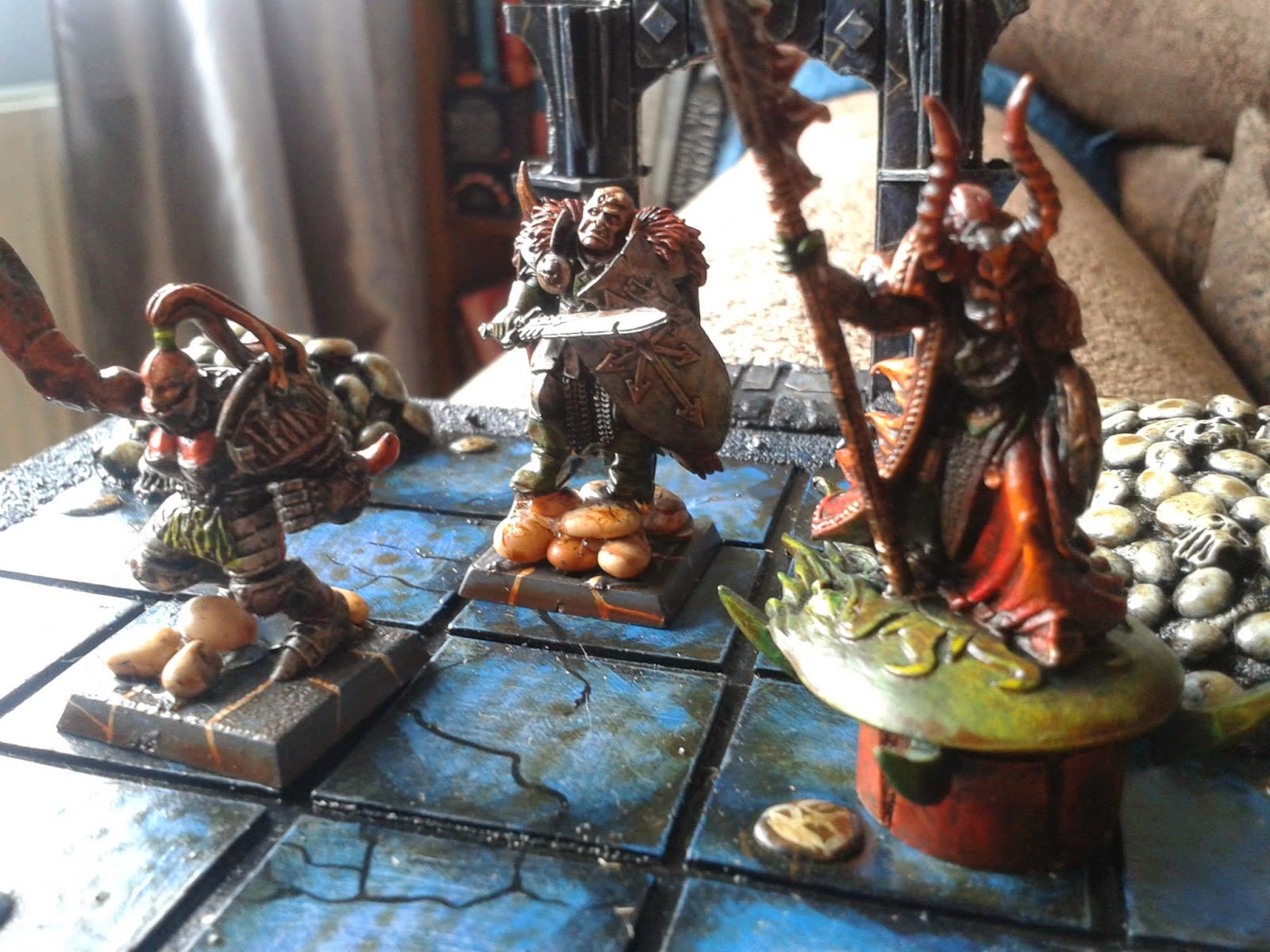 These are the NPC sheets I use to help run adventures they appear in. 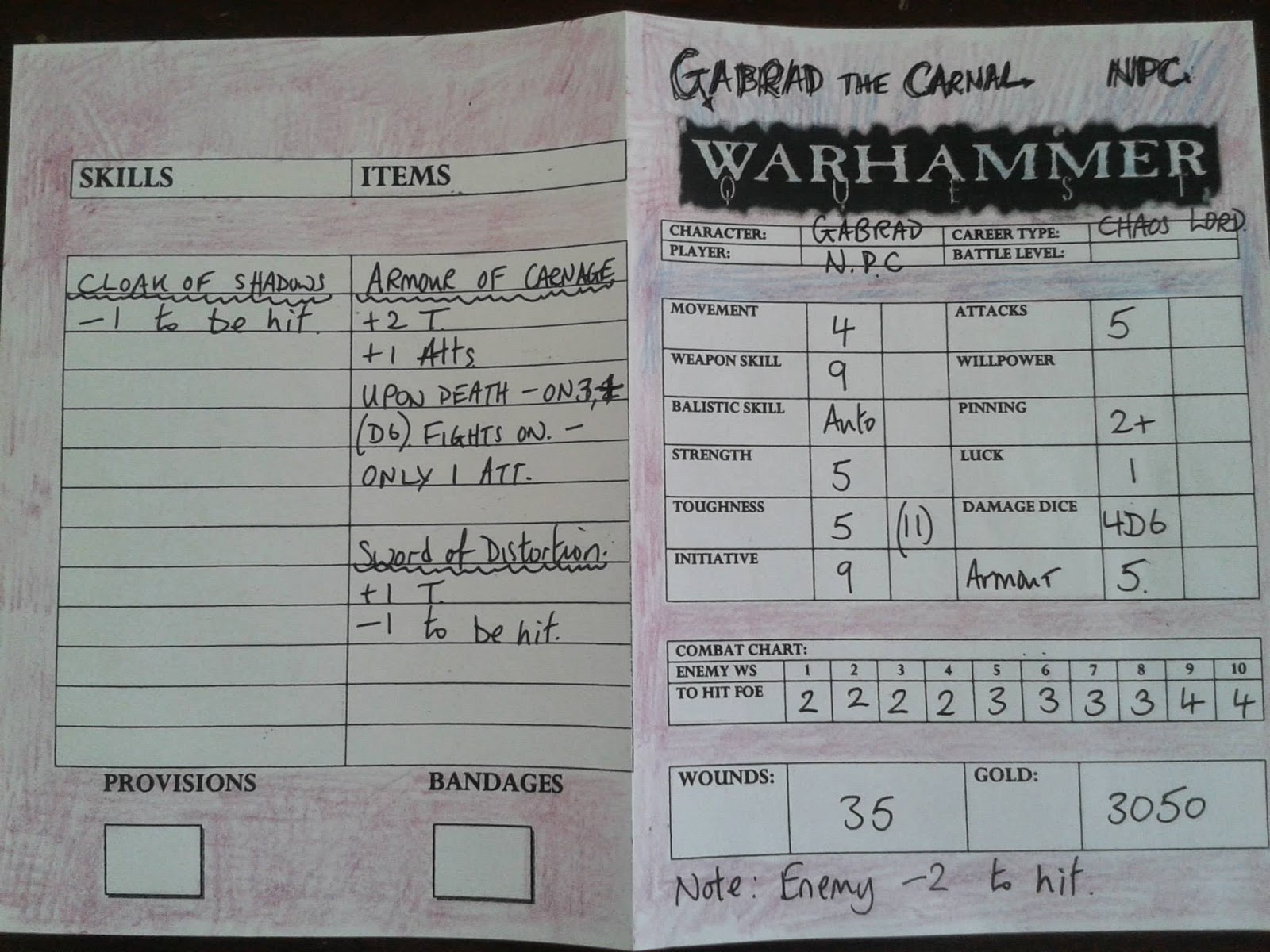 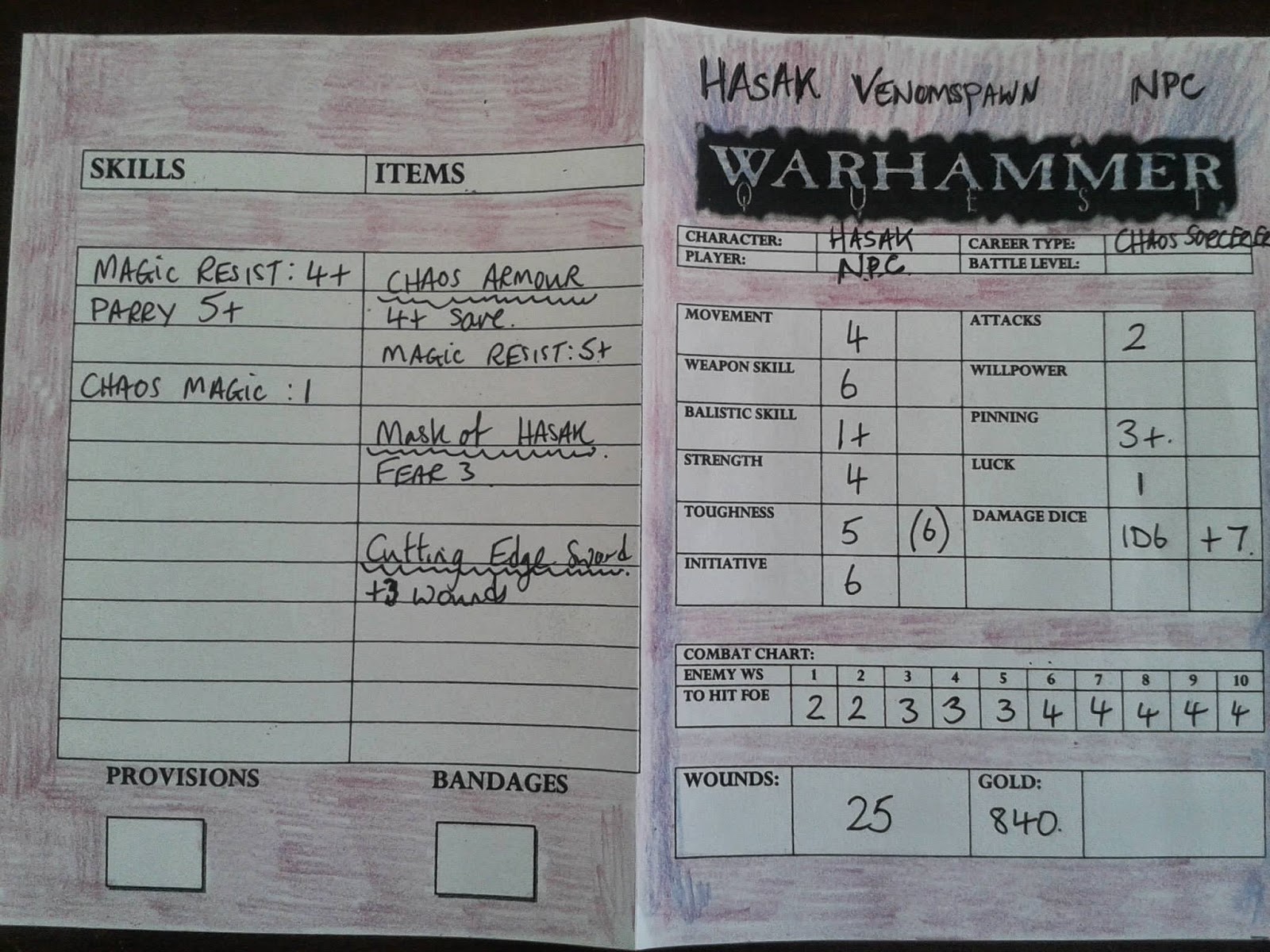 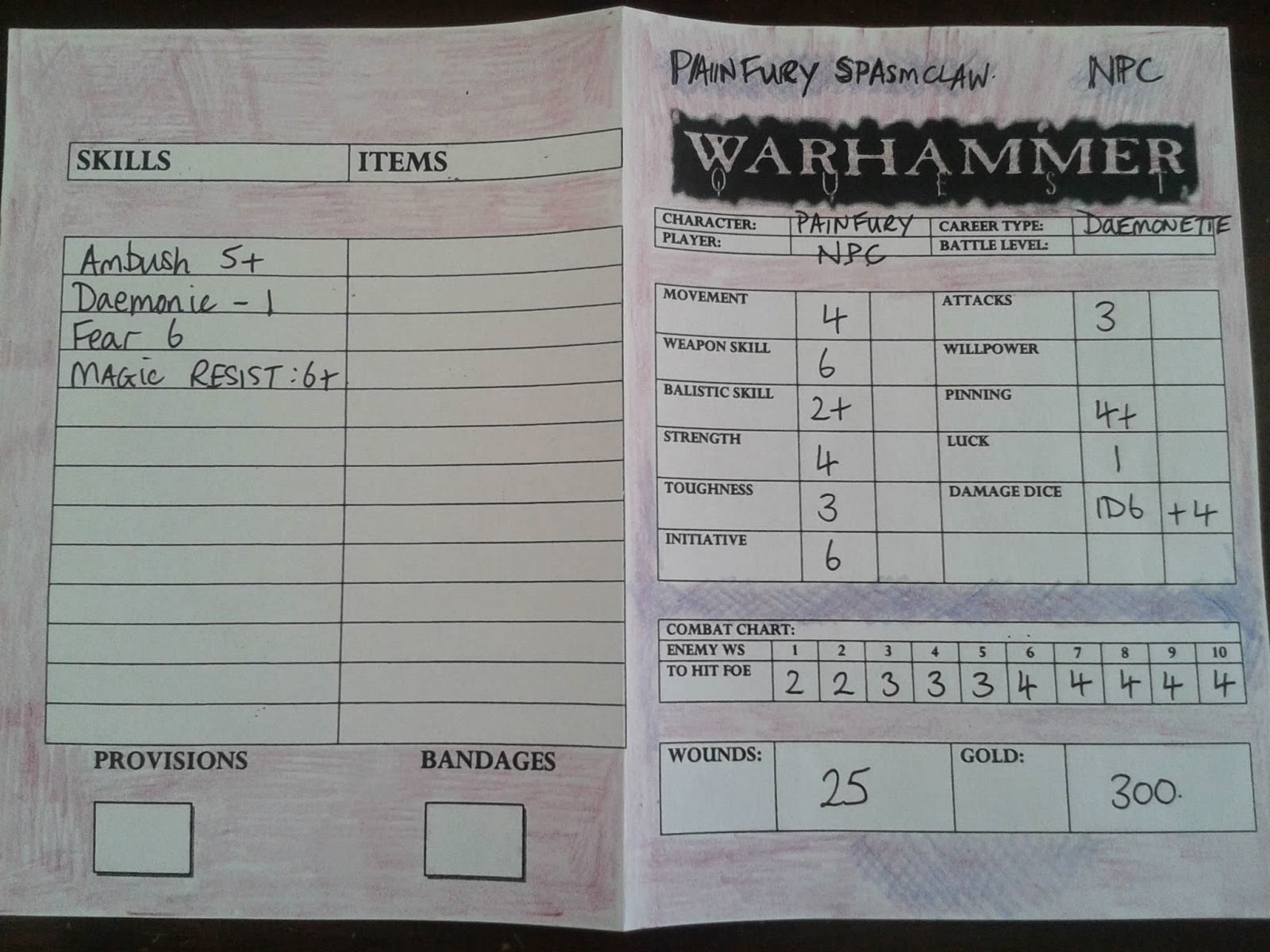 And the cards that I use to represent them if I want them to appear randomly. 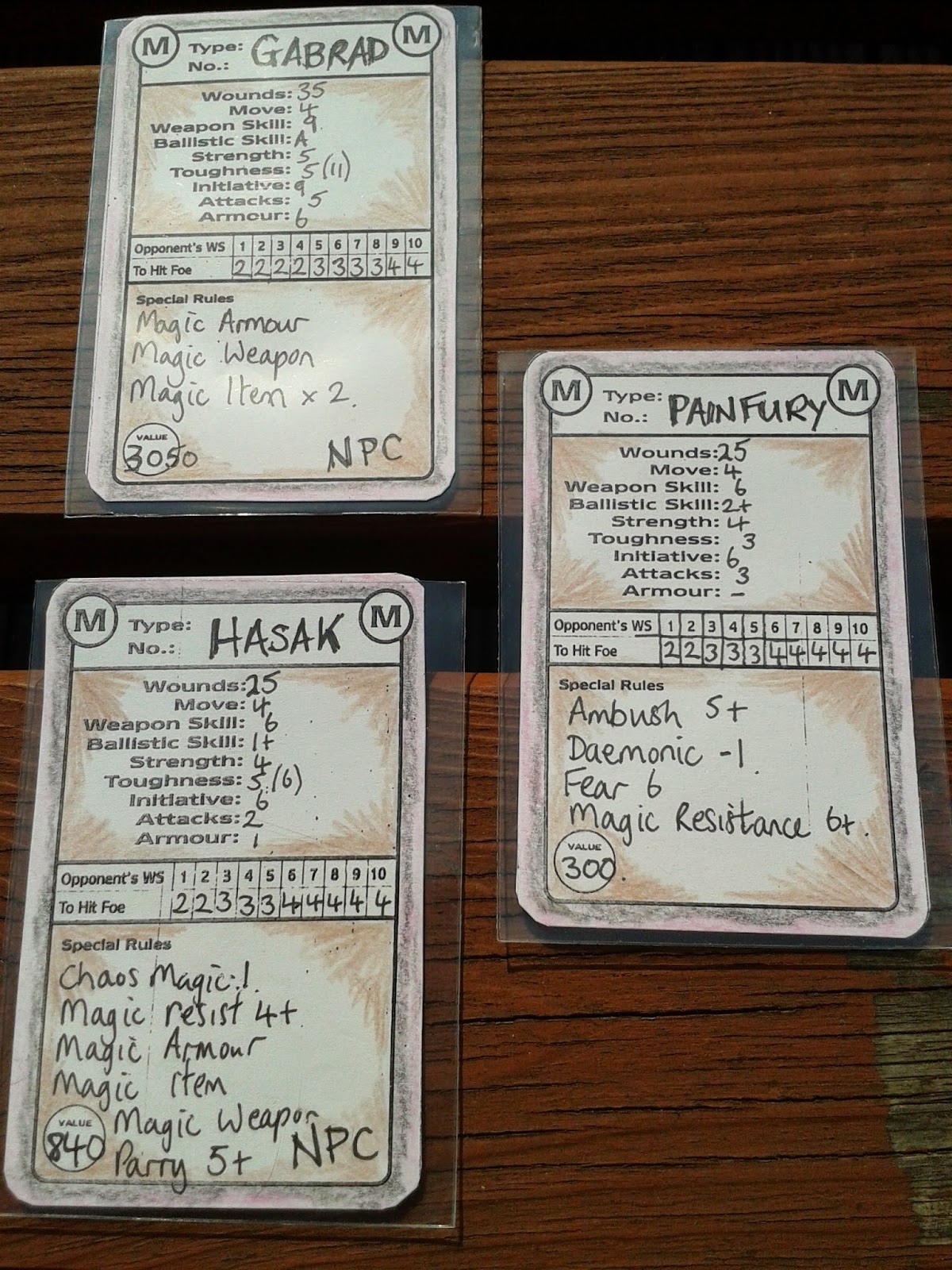 I also use the Chaos magic deck with Hasak, so that I don't have to look up his spells all the time.
Obviously I'm not overly keen on these NPC's dying, so they often get away at the last minute. Although some or all of them will die at some point in the future to make way for more arch enemies. I also use a Serious Injuries table I found by Boyinleaves for characters, I've been using it to prolong the NPC life span. NPCs don't appear in every adventure, its good to drop them out for a few months till they're almost forgotten.

This is Boig Boitha
This is my second attempt at an arch enemy, these first few pics show how I converted her from various bits and a lot of green stuff, There is the arm and legs from a Quest minotaur, coupled with the body and face of an orc. Extra bits of armour added to bulk her out, then the bust and bottom in green stuff. 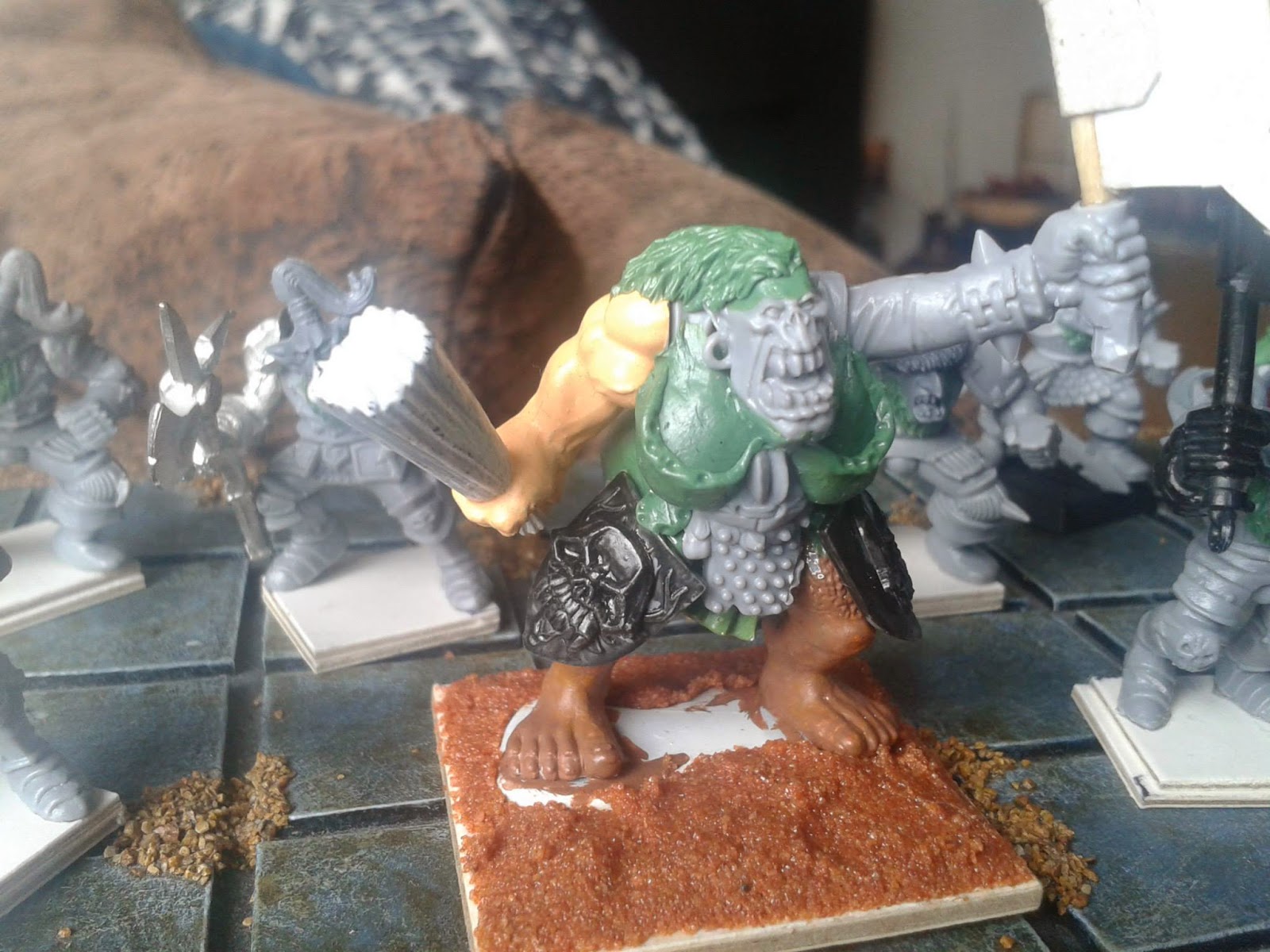 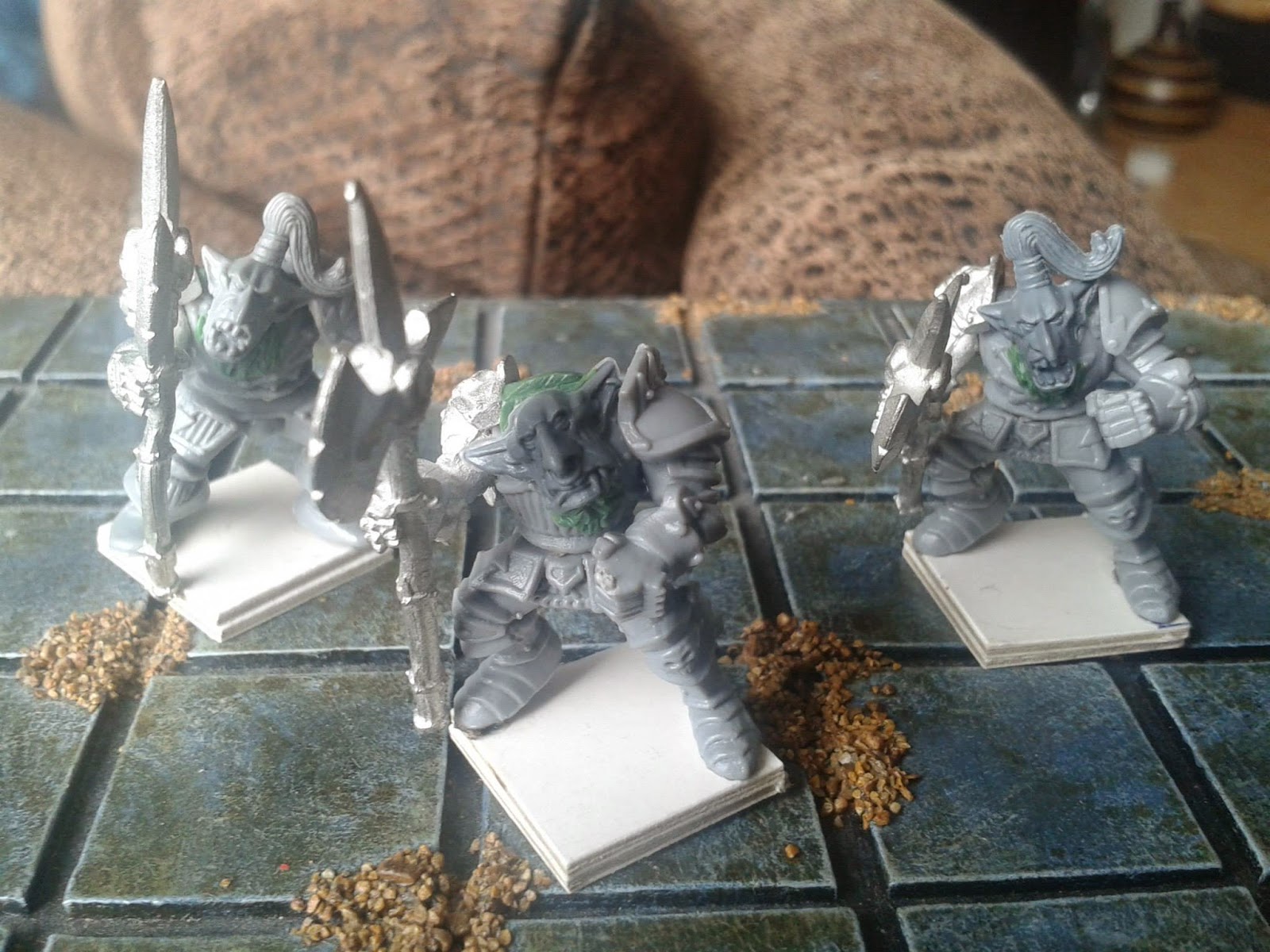 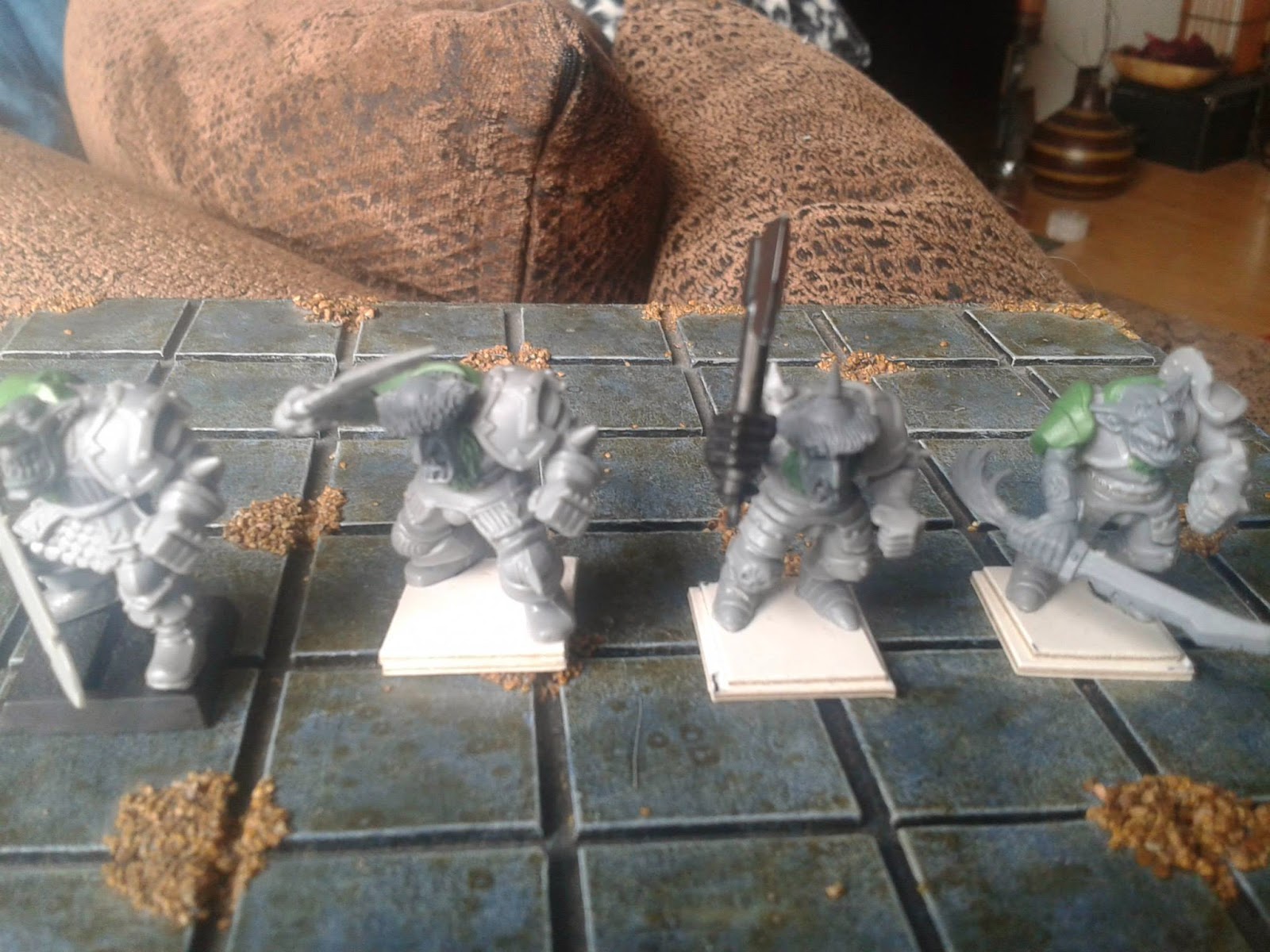 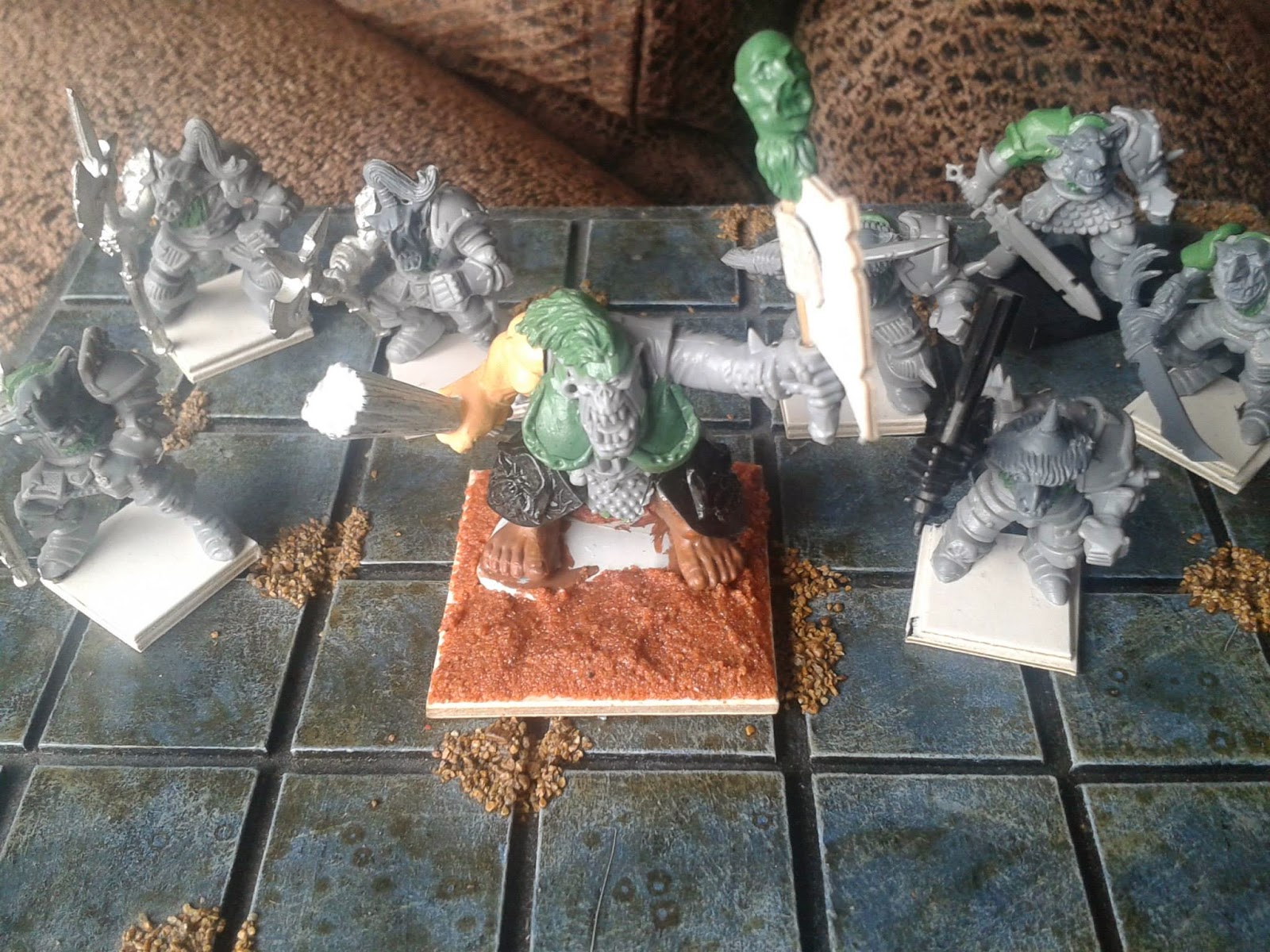 The group all painted up. 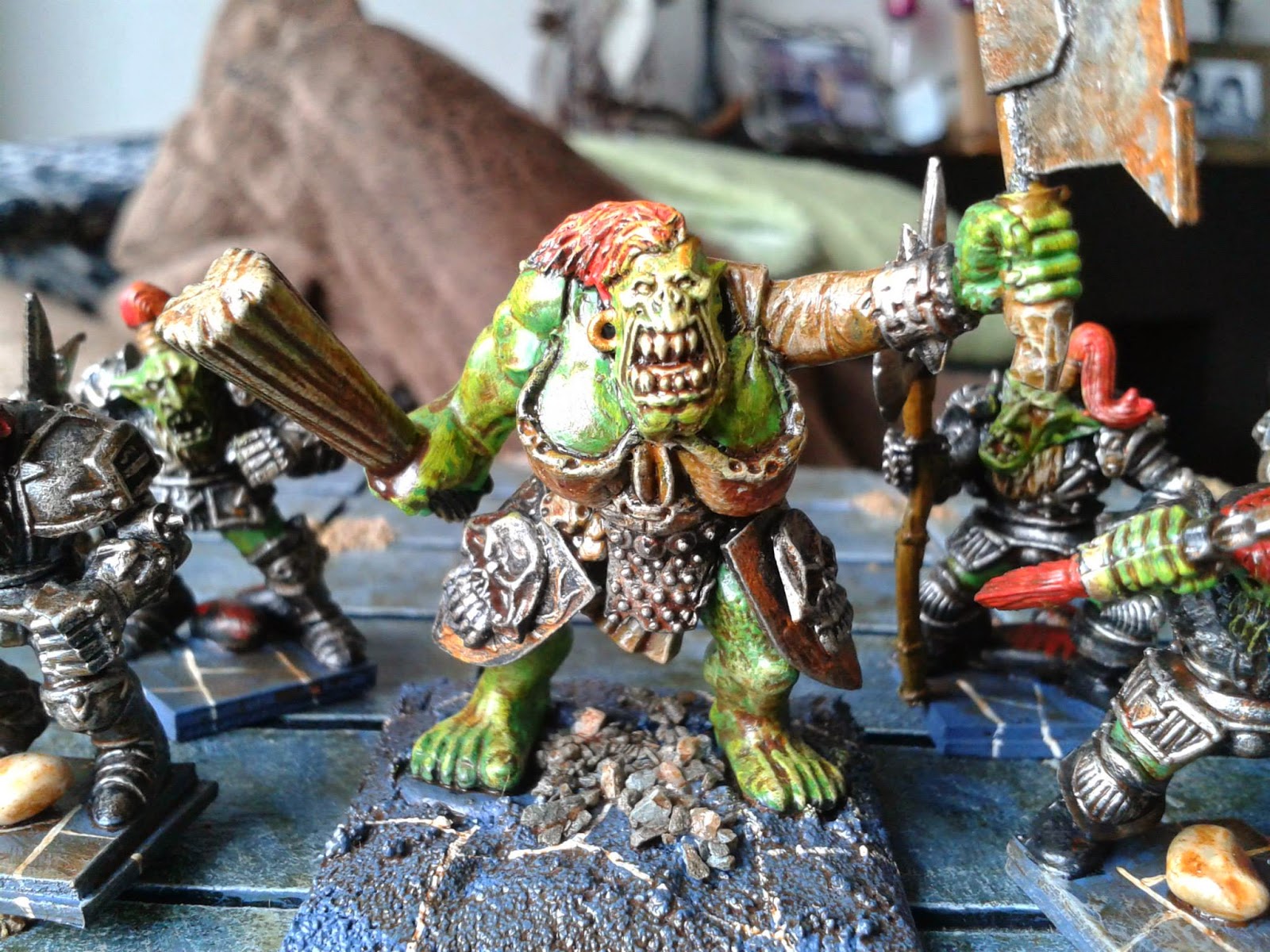 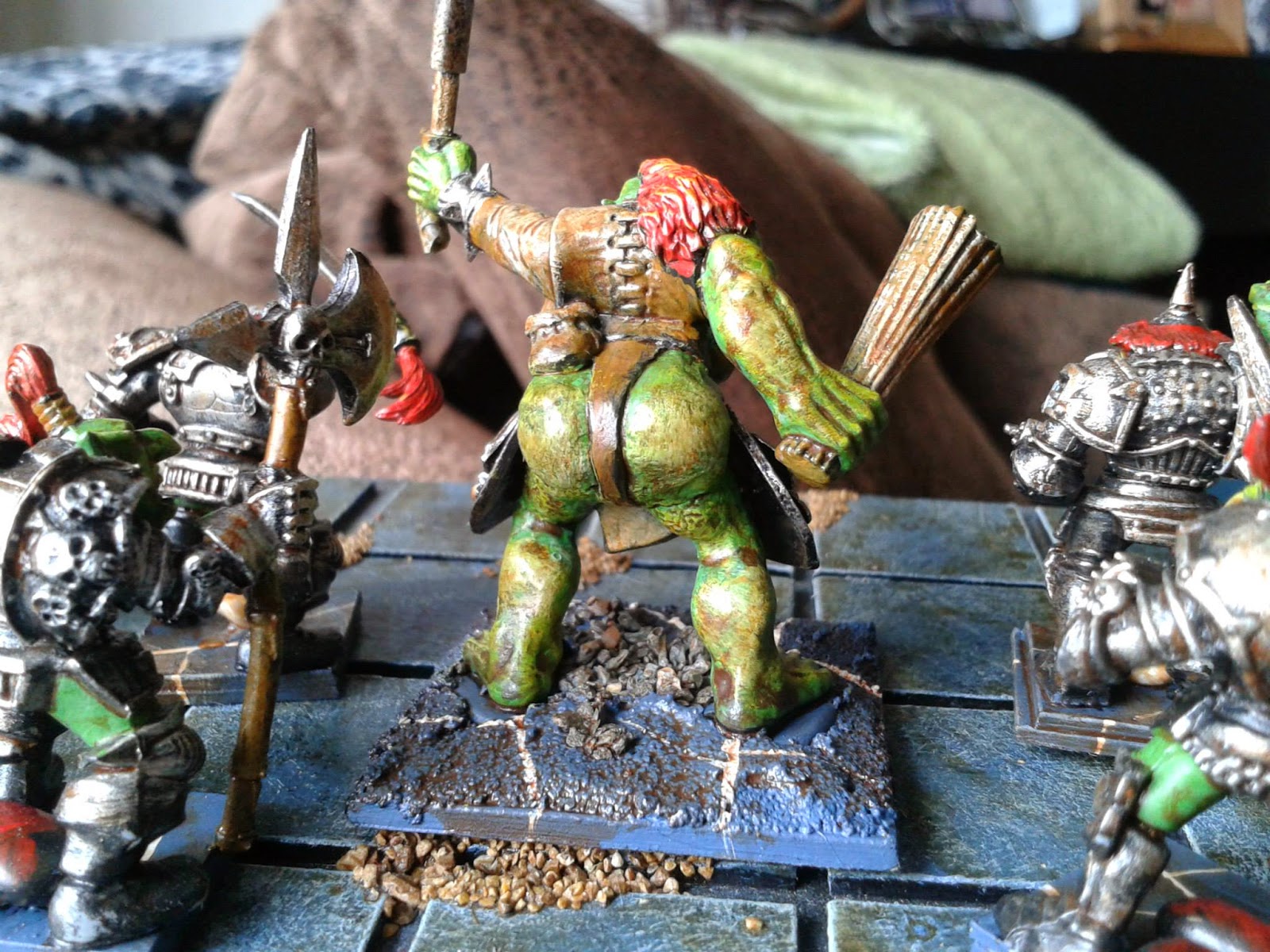 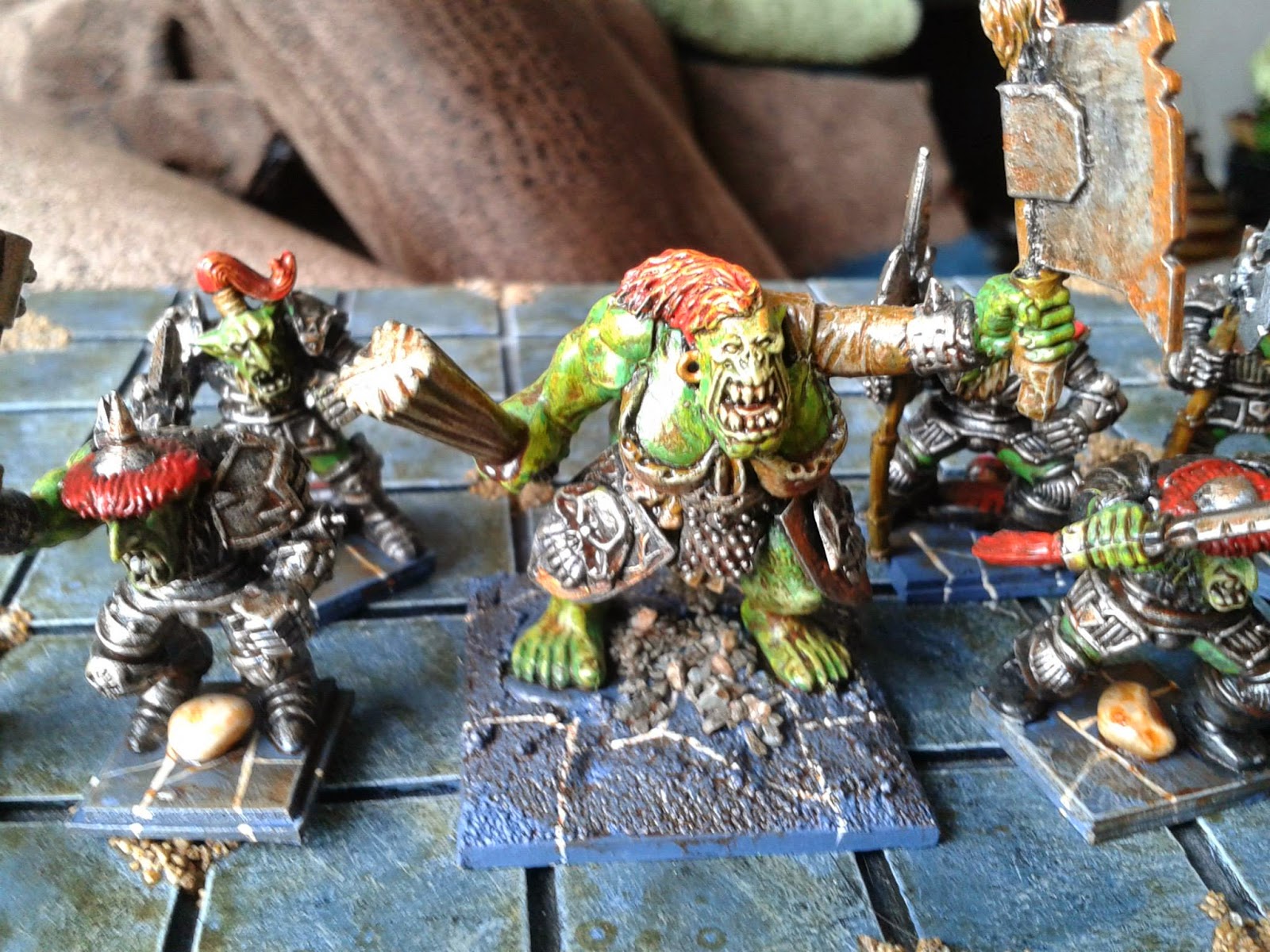 The NPC sheet, card for Boig and the cards for the Boyz/Guard. 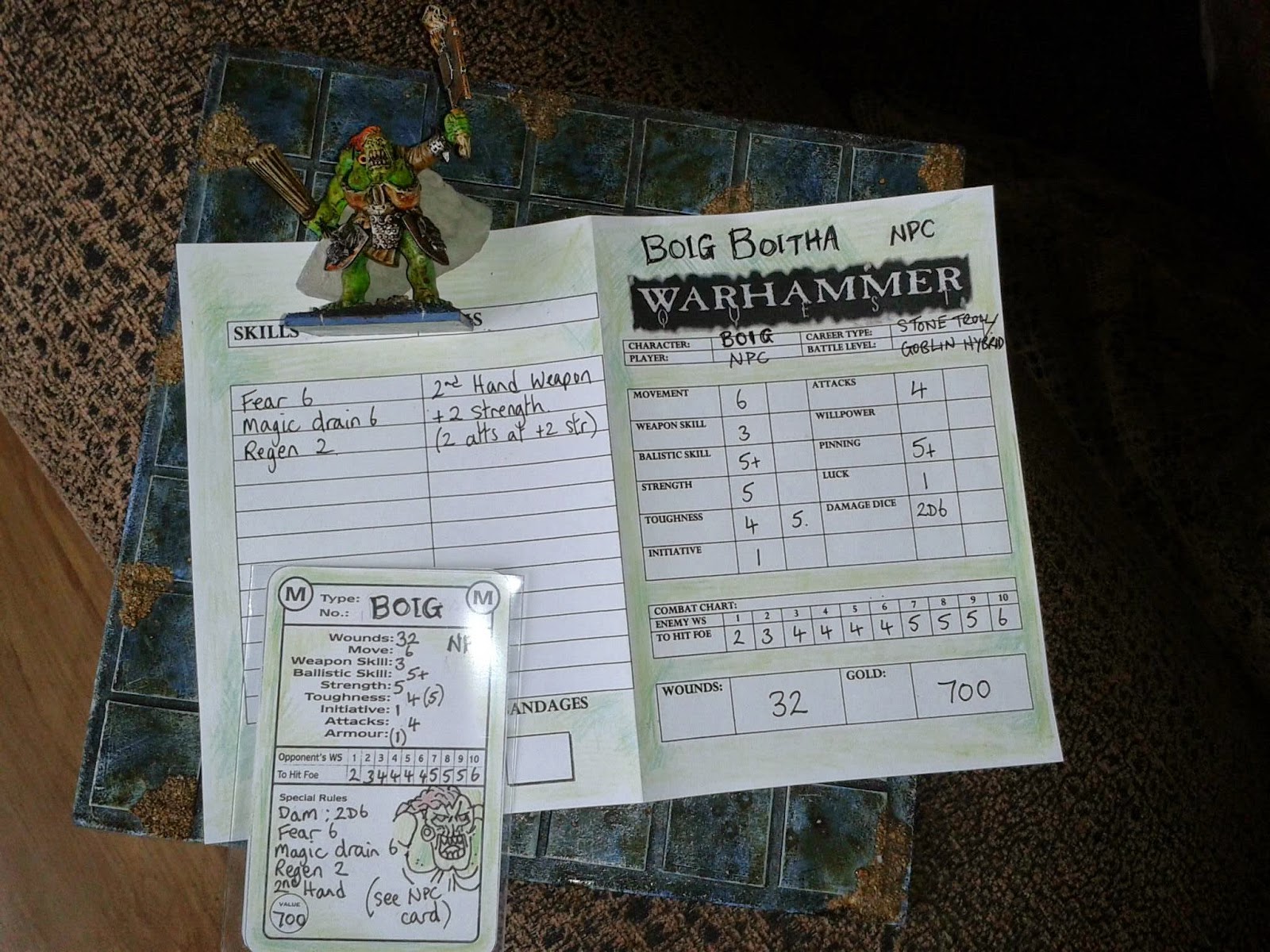 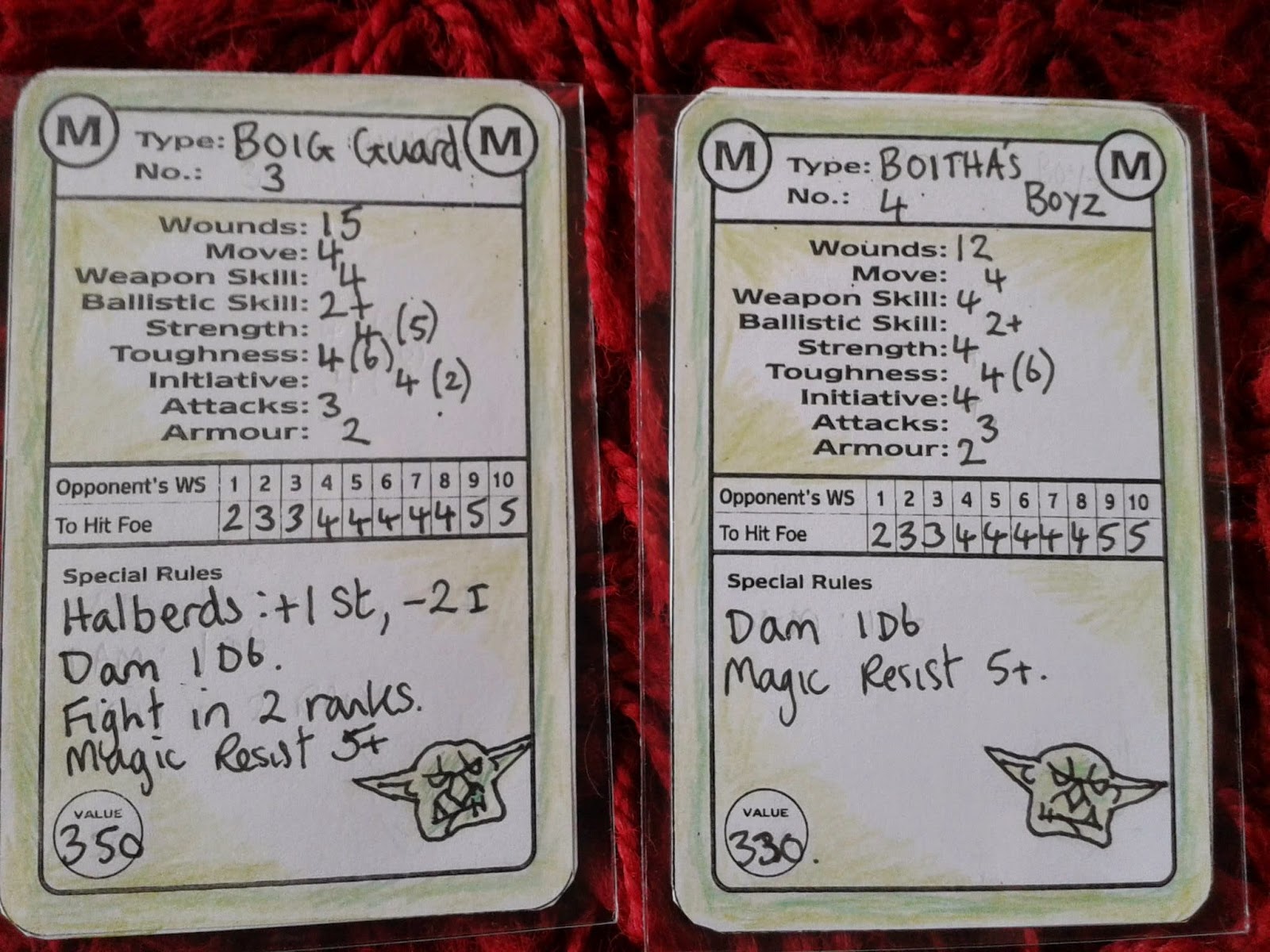