Today I made some playing pieces that I hope will help to both play my character Faroth and bring the adventure reports to life a bit more.

They consist of a lightning strike marker, some heal markers and a confuse marker. I realised that the last adventure we had left some of the spells he cast "forgotten to the shifting mists of time"... or "my head" as it is more commonly known. 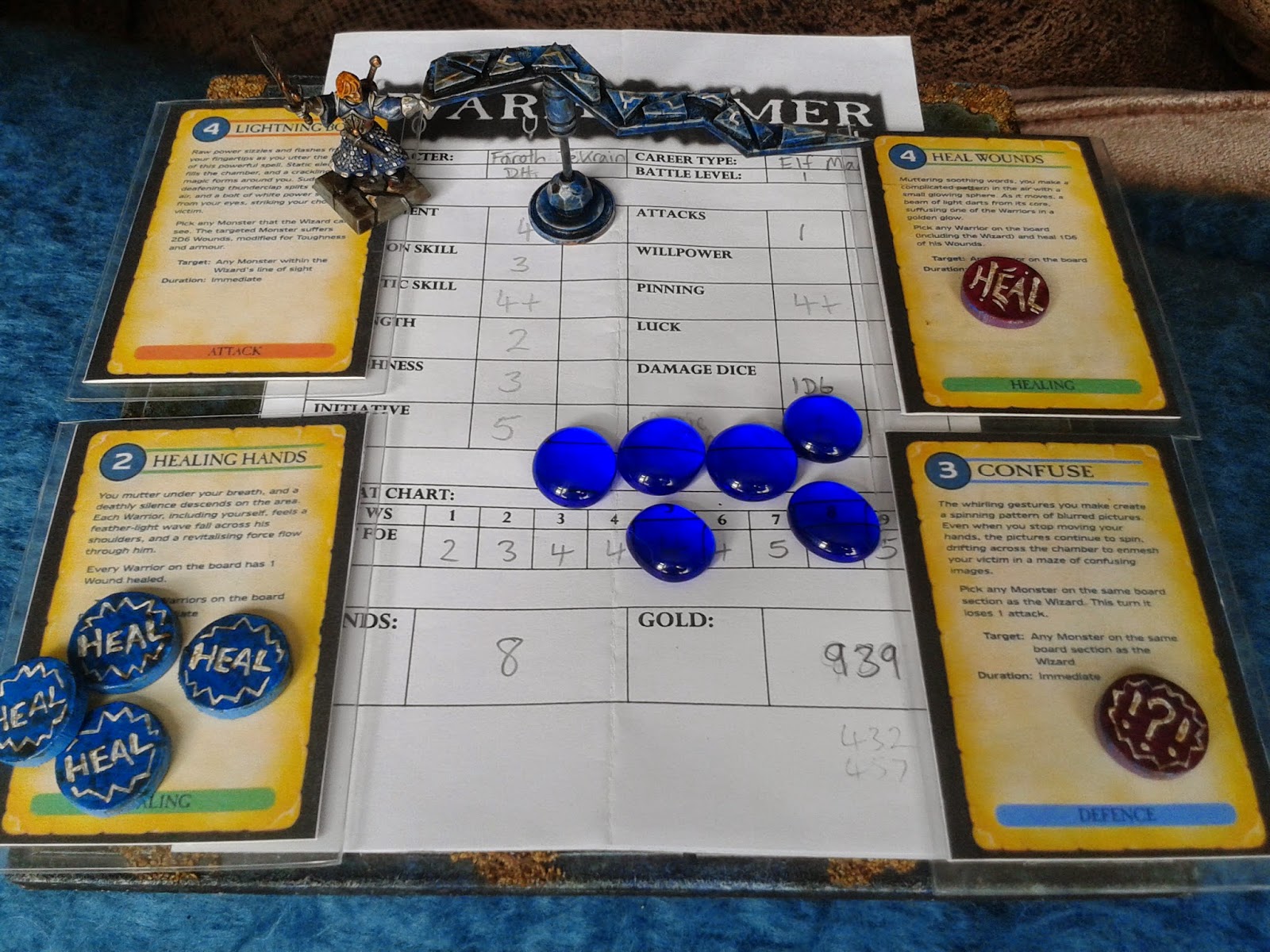 I don't actually play with all his cards set up like this, it is a bit cramped, but it gives you an idea. I really like having bits and pieces of kit that make the game play more fun and easier to understand or remember. 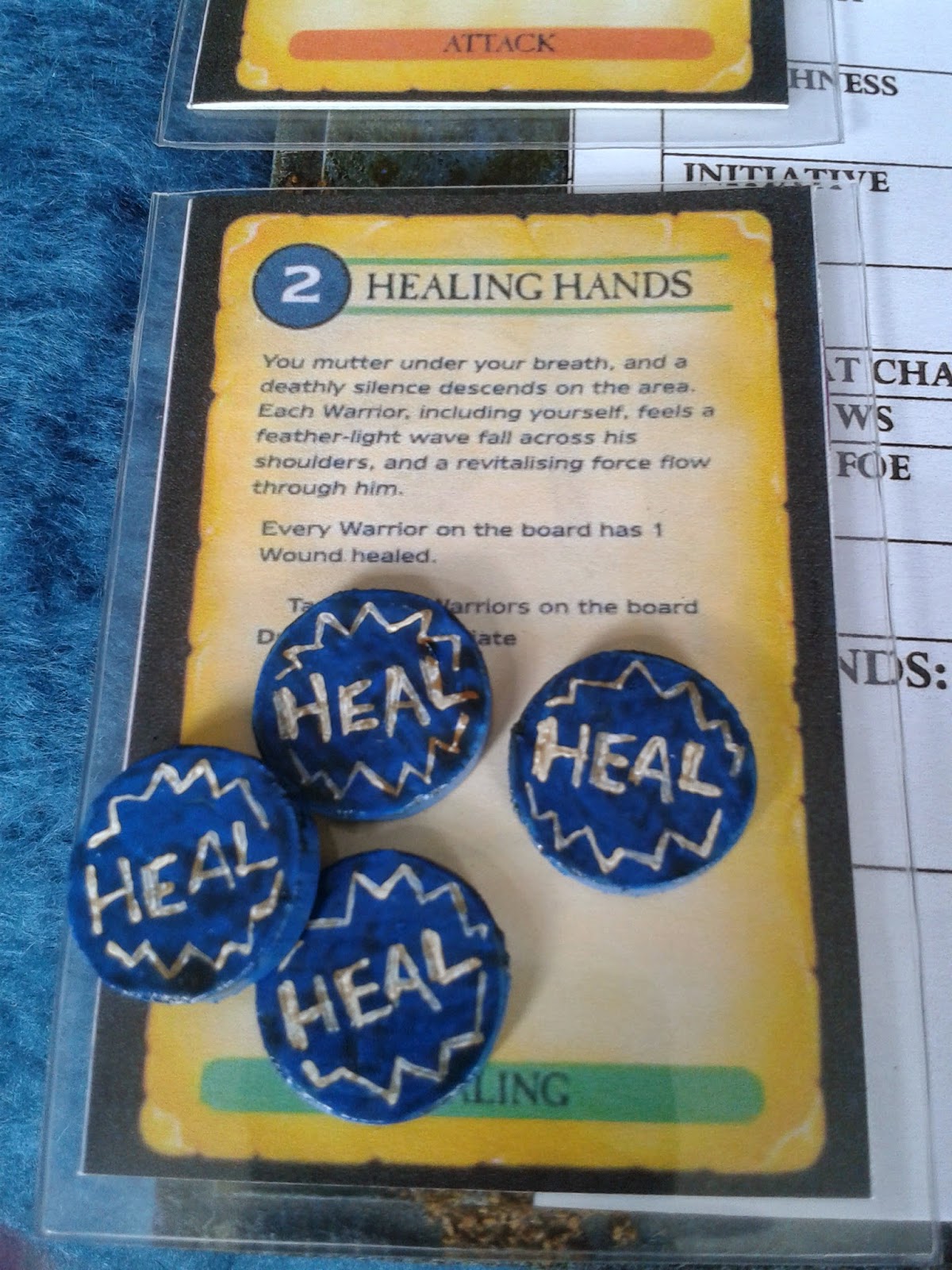 These tokens are made from a bit of old doweling I picked up from a do-it-yourself shop, chopped it up and gave the bits a lick of paint. 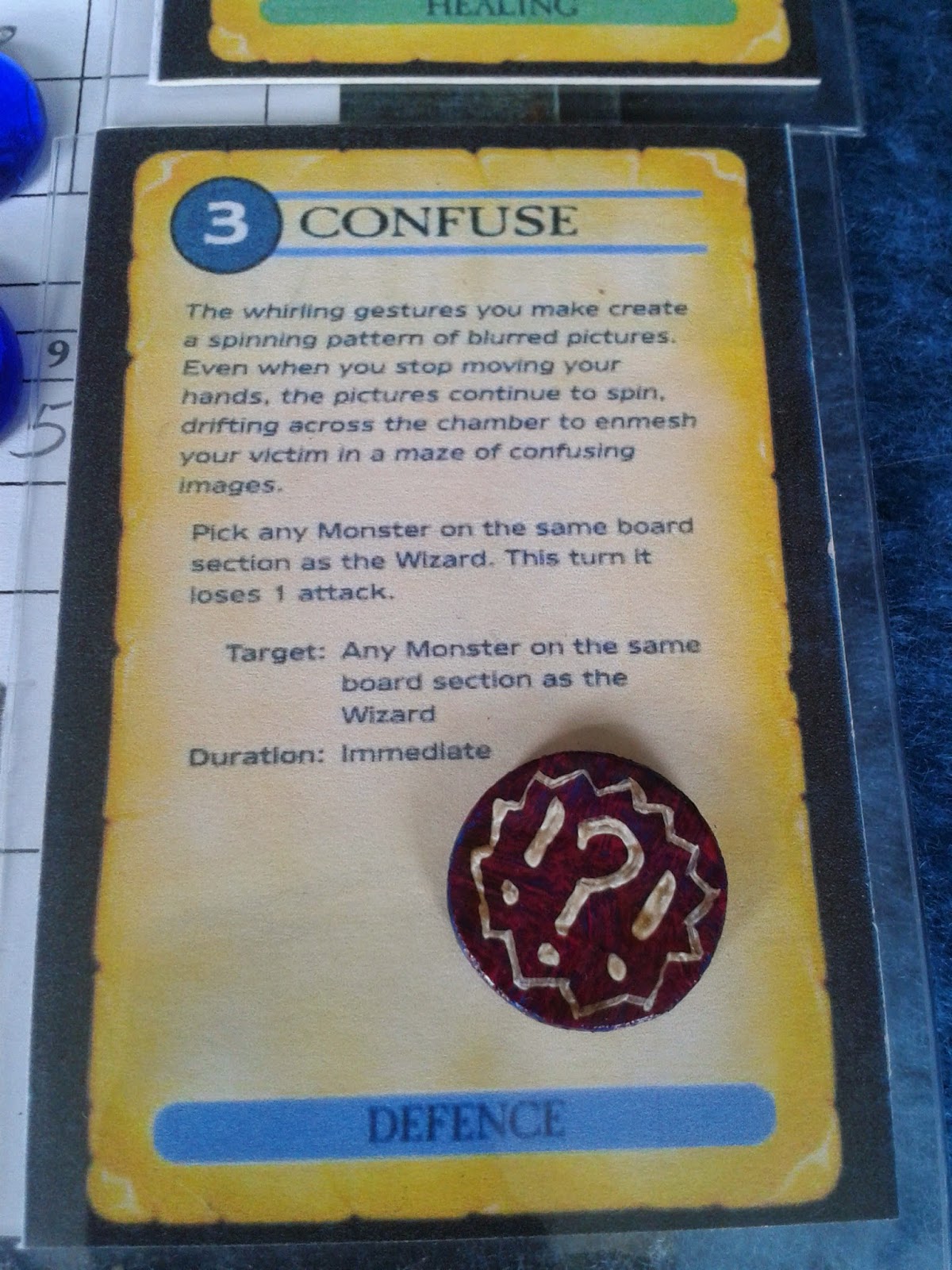 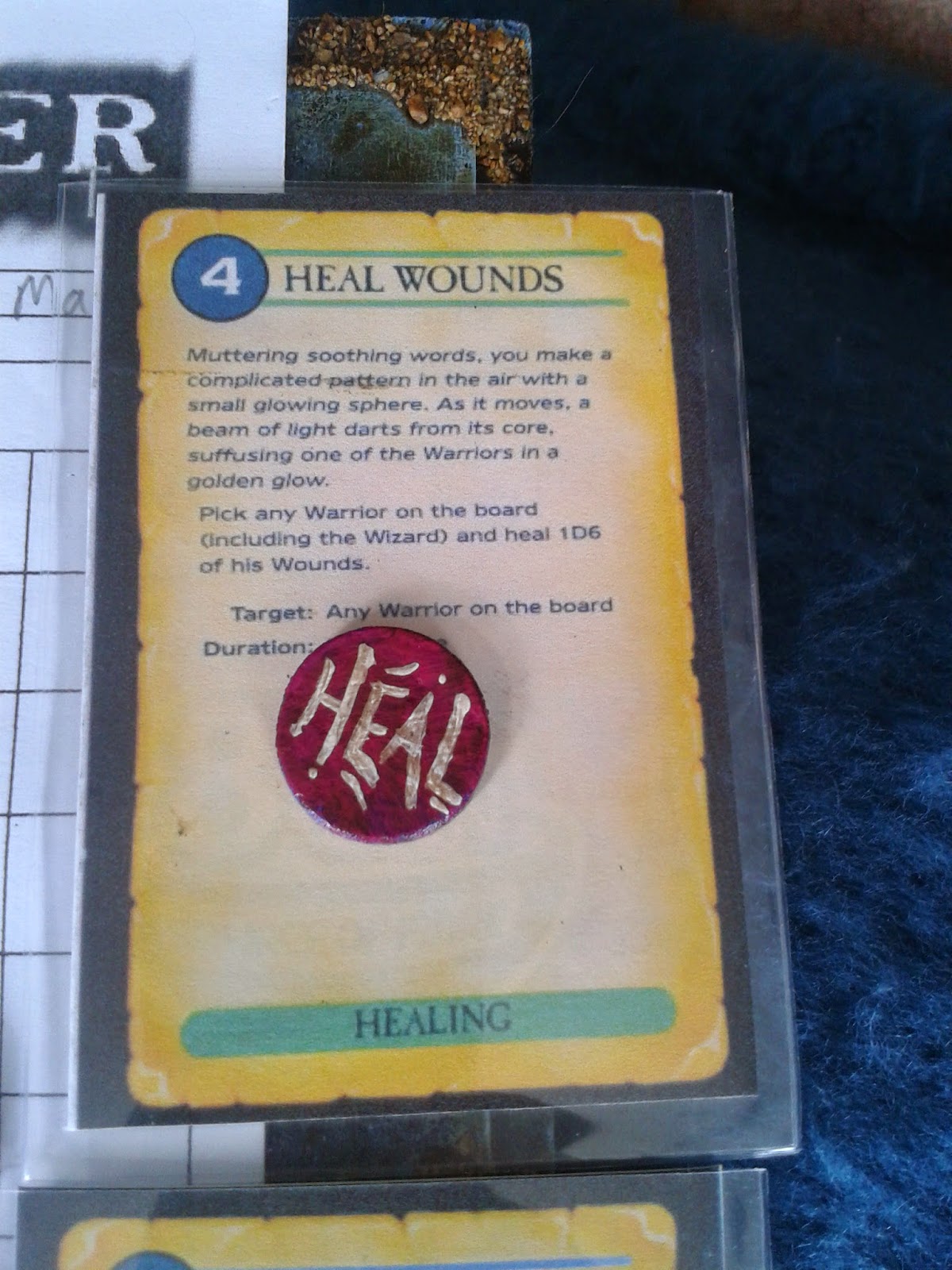 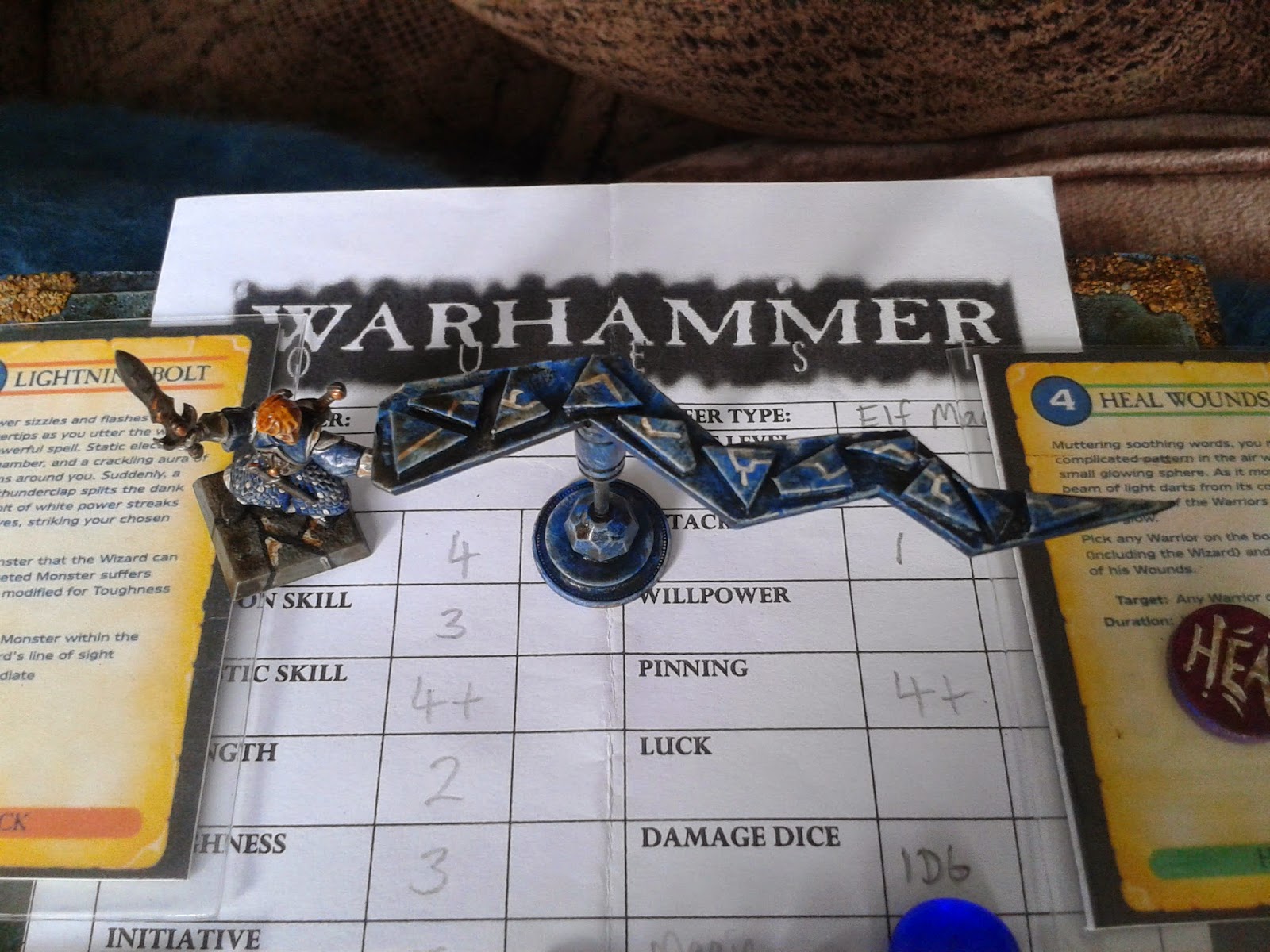 He can use the template thick or thin end first, depending on the other models that may get in the way. 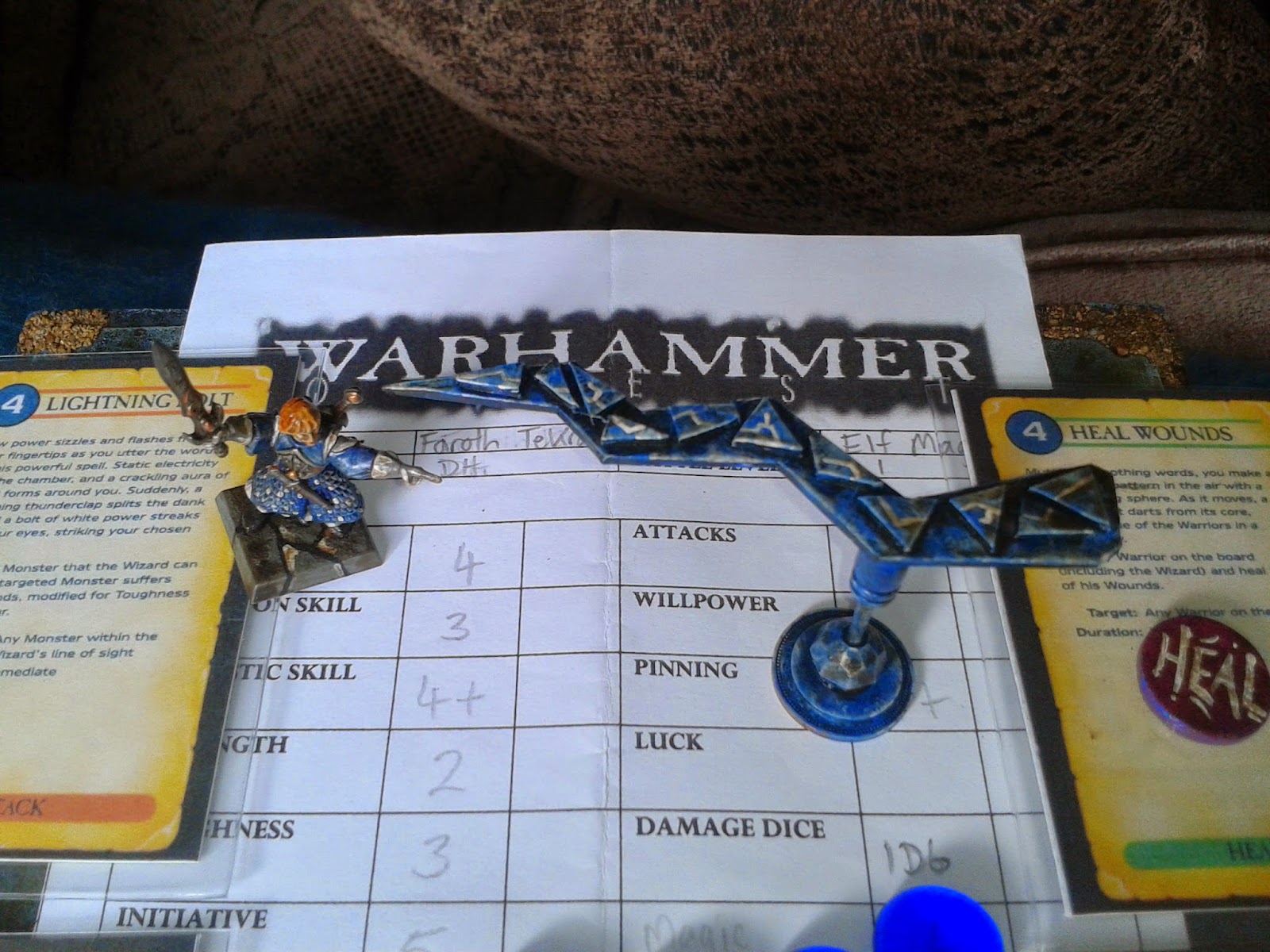 I also have some nice blue beads to represent his Magic store during the game. 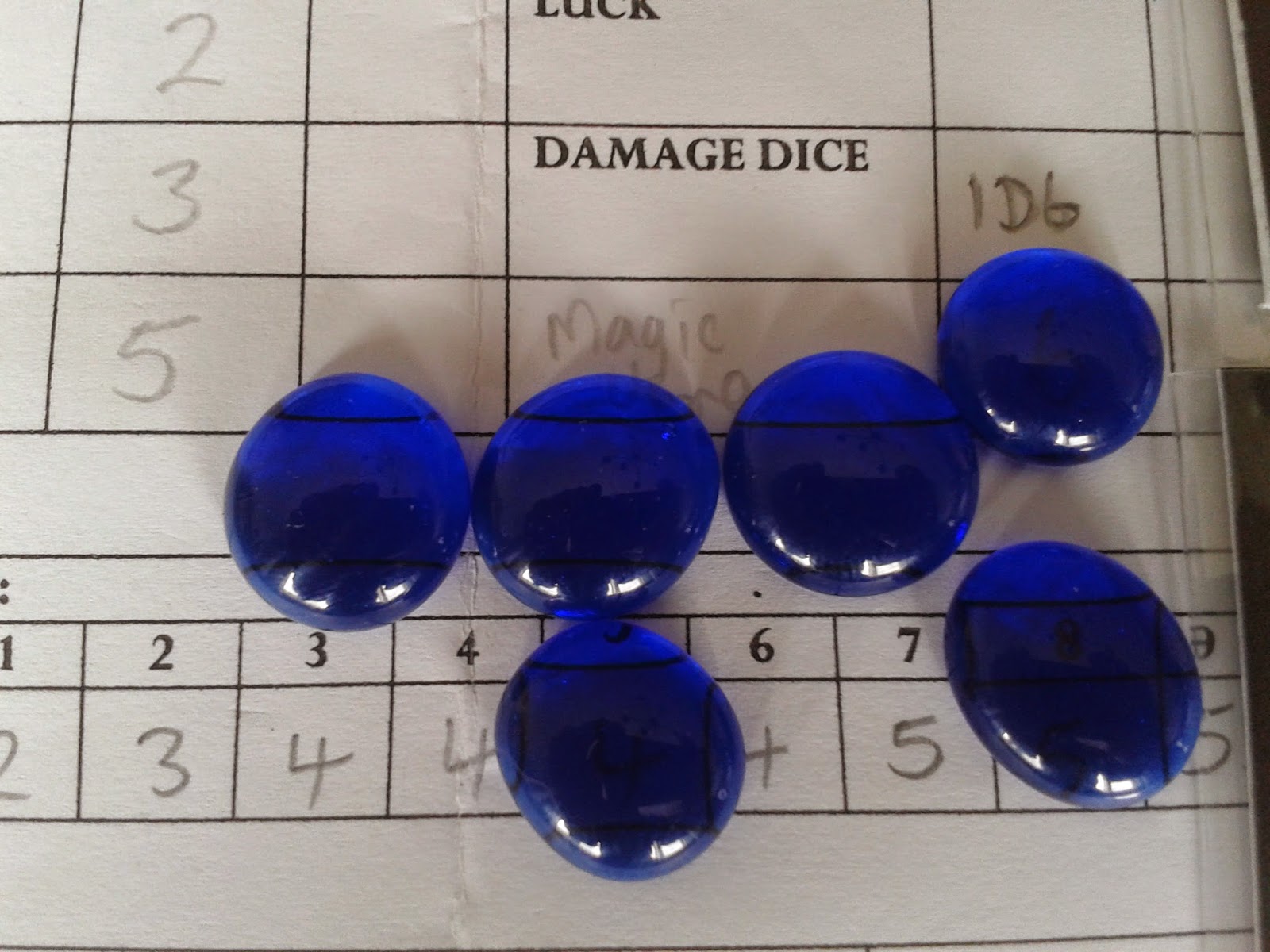 Now that I have made these just you watch how quickly he dies!!!