For some time now I have been toying with the idea of creating terrain boards. I recently watched DM scotty's cork boards and I really liked the idea.

As you can see from these drawings I have been mulling it around in my head for some while, in order to create a wilderness version of Quest. 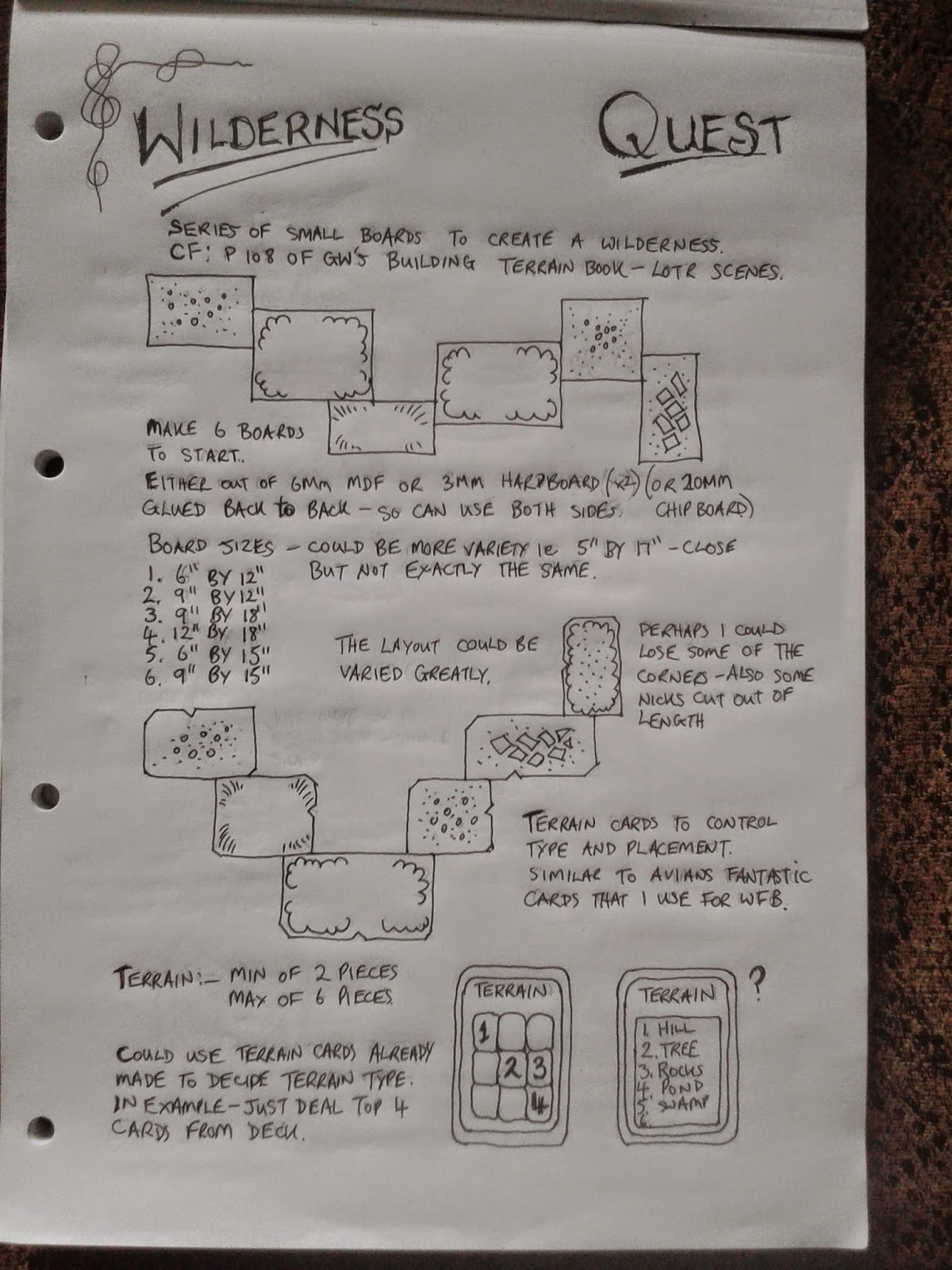 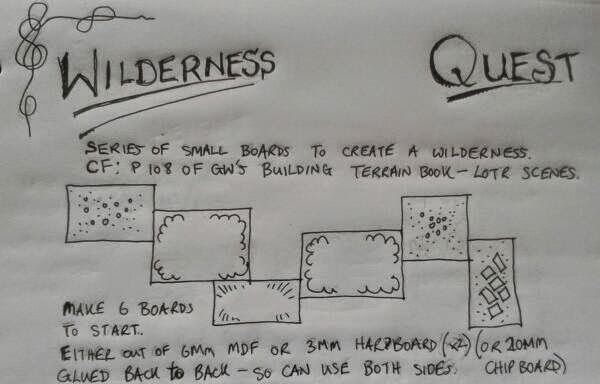 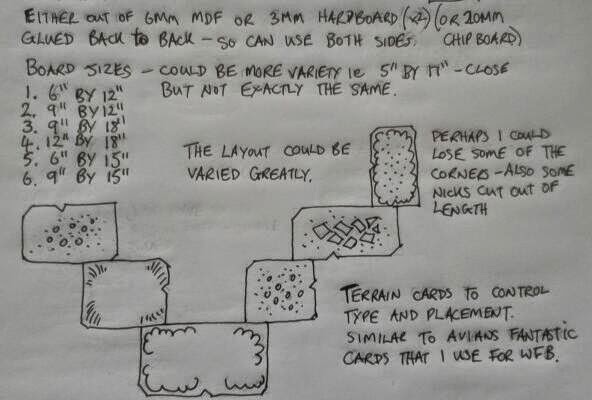 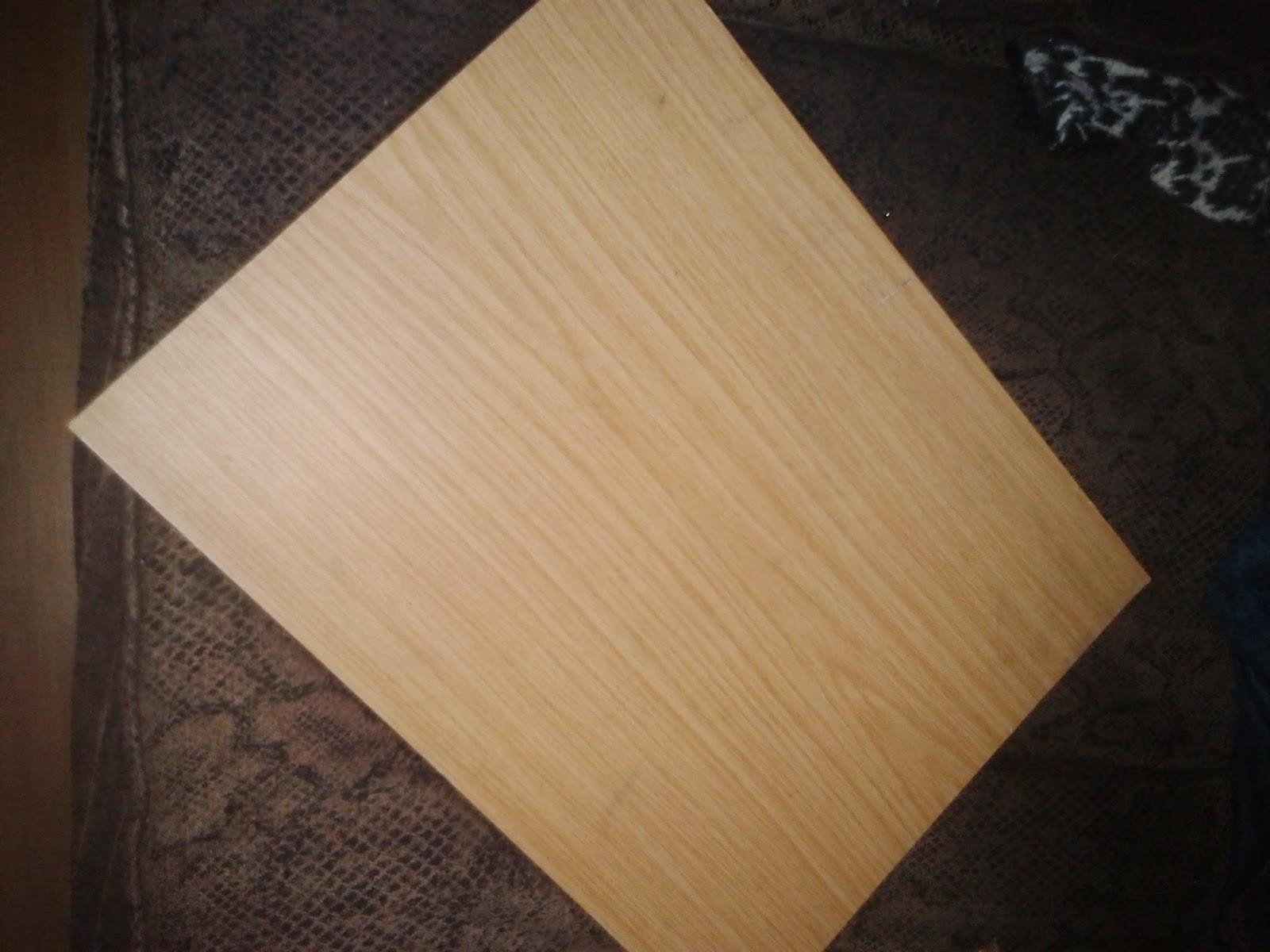 But now I'm beginning to think that there might be further applications, for instance a travel set of Quest which would need a lot less resources to organise.

Also I have been toying with the idea of INQ-Quest and rather than making lots of separate corridors I may create boards to play on. I'm not going to rush out and buy cork tiles although they are cheap(£3.50 for 4 tiles) I'll have a go with the cast off hard board bits I have.

I intend making one then seeing how well it works. Unlike DM Scotty I will make mine with layers of card, so they still have a 3D feel to them. The other side I am going to try to create the wilderness look I am after in these drawings.
Posted by Darryl Hunt at 01:04