I have been making a variety of game cards for some time. Some are monster decks based on the cards you can copy legally from the Adventure book, others are selection of cards I have made myself. 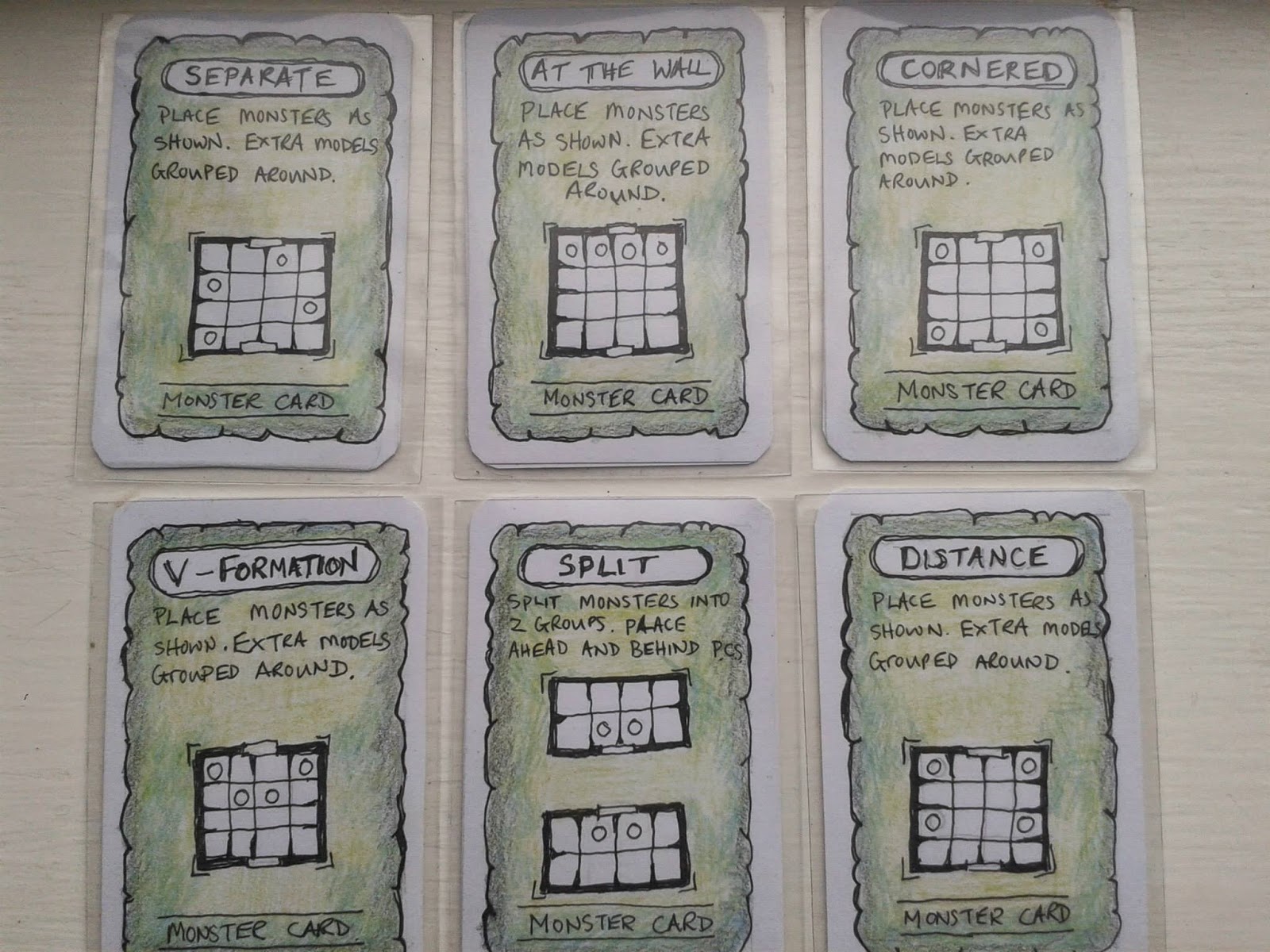 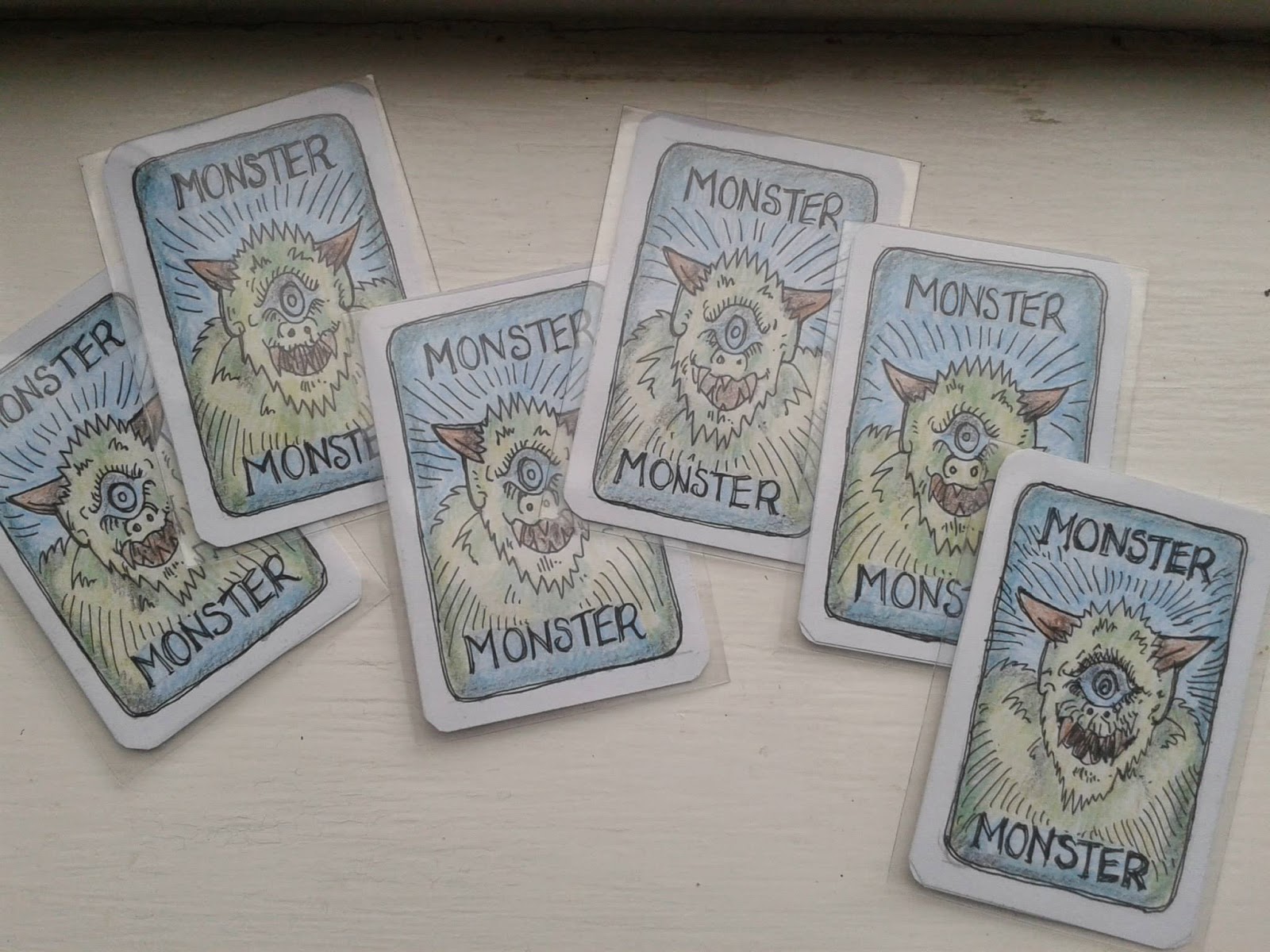 This first set of cards I made in response to the problem of monsters always appearing in one of two places. Either right up in the faces of the PC's, if they had hand weapons, or at the farthest point in the room, if they had magic capabilities or ranged weapons. I got the idea from an old White Dwarf from 1993, it had an adventure for Heroquest and on the plans all the monsters were in place where they would be found by the PC's. These cards are my attempt to replicate this. 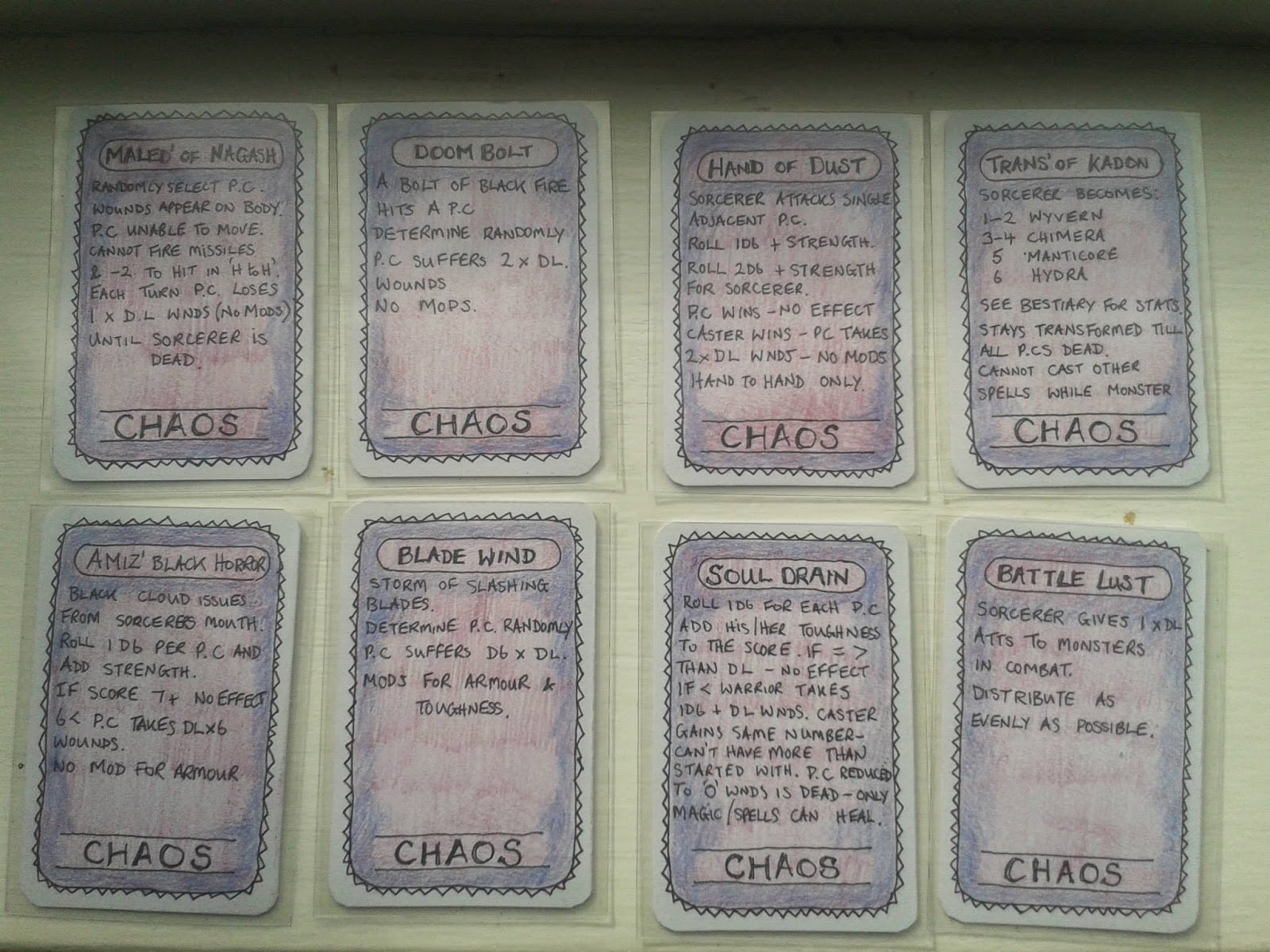 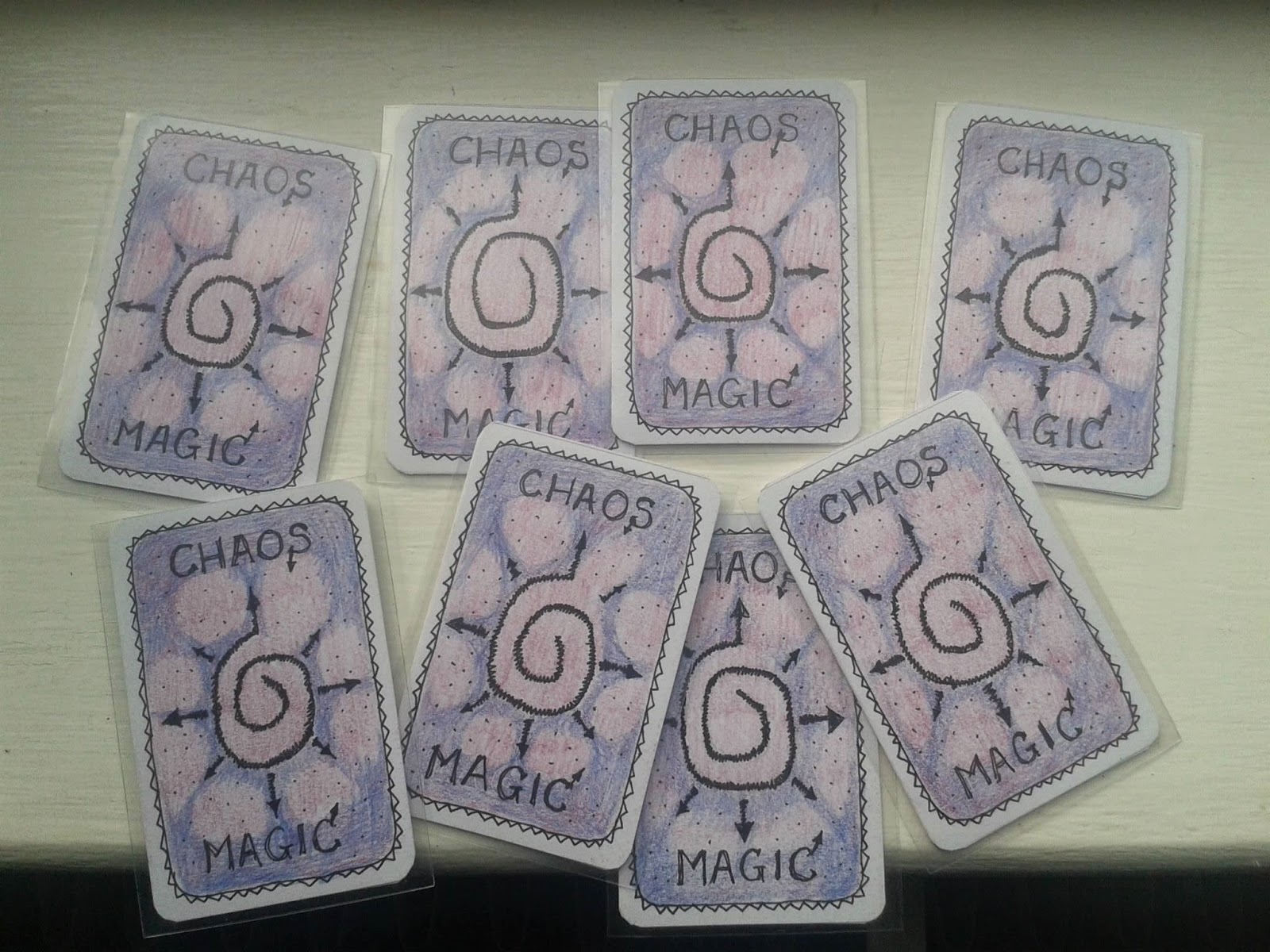 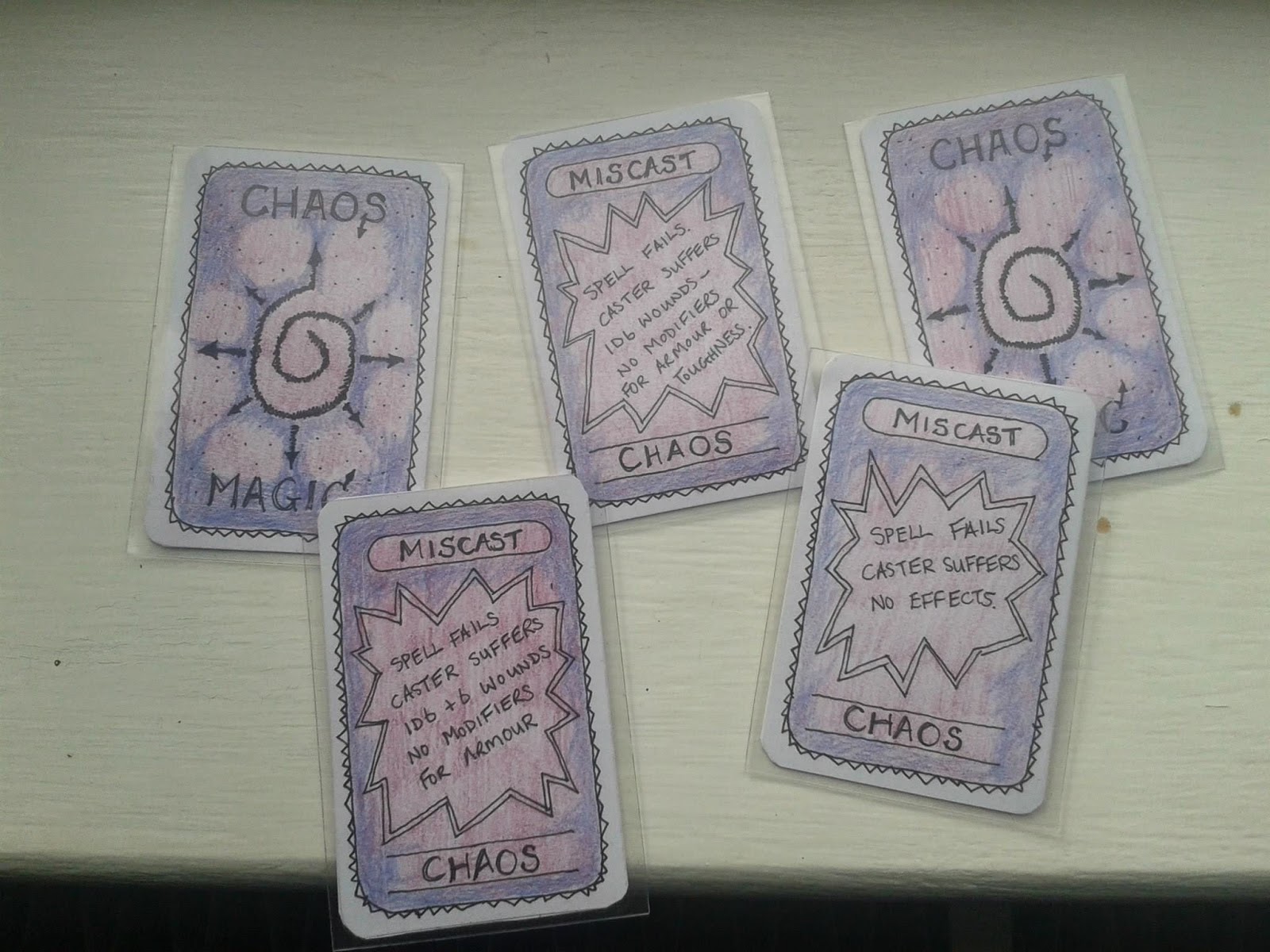 These are a set of magic cards I made so that I didn't have to keep looking spells up in the Roleplay Book, mine is falling to bits! I made all these by hand and popped them in clear Dragon sleeves. Each time a spell is cast simply replace it in deck, shuffle and the deck is ready to use next time. I added the chance to miscast rather than just not cast. Thought this may be more fun.