For a little while now I have been thinking about drawing out a new character sheet. The one I had been using initially was one cribbed of the net and altered, then I made computer based one, but it felt impersonal. It might have worked for a Sci-fi game but not fantasy.

I wanted to have some more personal touches, hence all the celtic bits and I wanted that home made feel. Much like all the cards I have drawn out.

Last week I began drafting out a new hand drawn sheet, since then I have gone over it in ink and here it is. I can't upload it as a PDF or anything at the moment, blogger won't allow me too, but when I do I will upload it so it can be used by whoever fancies using it. 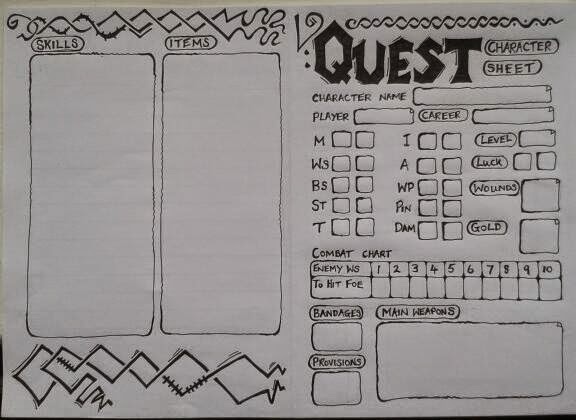 I like to have as much space to play in as possible, so I always make my character sheets fold down the middle. 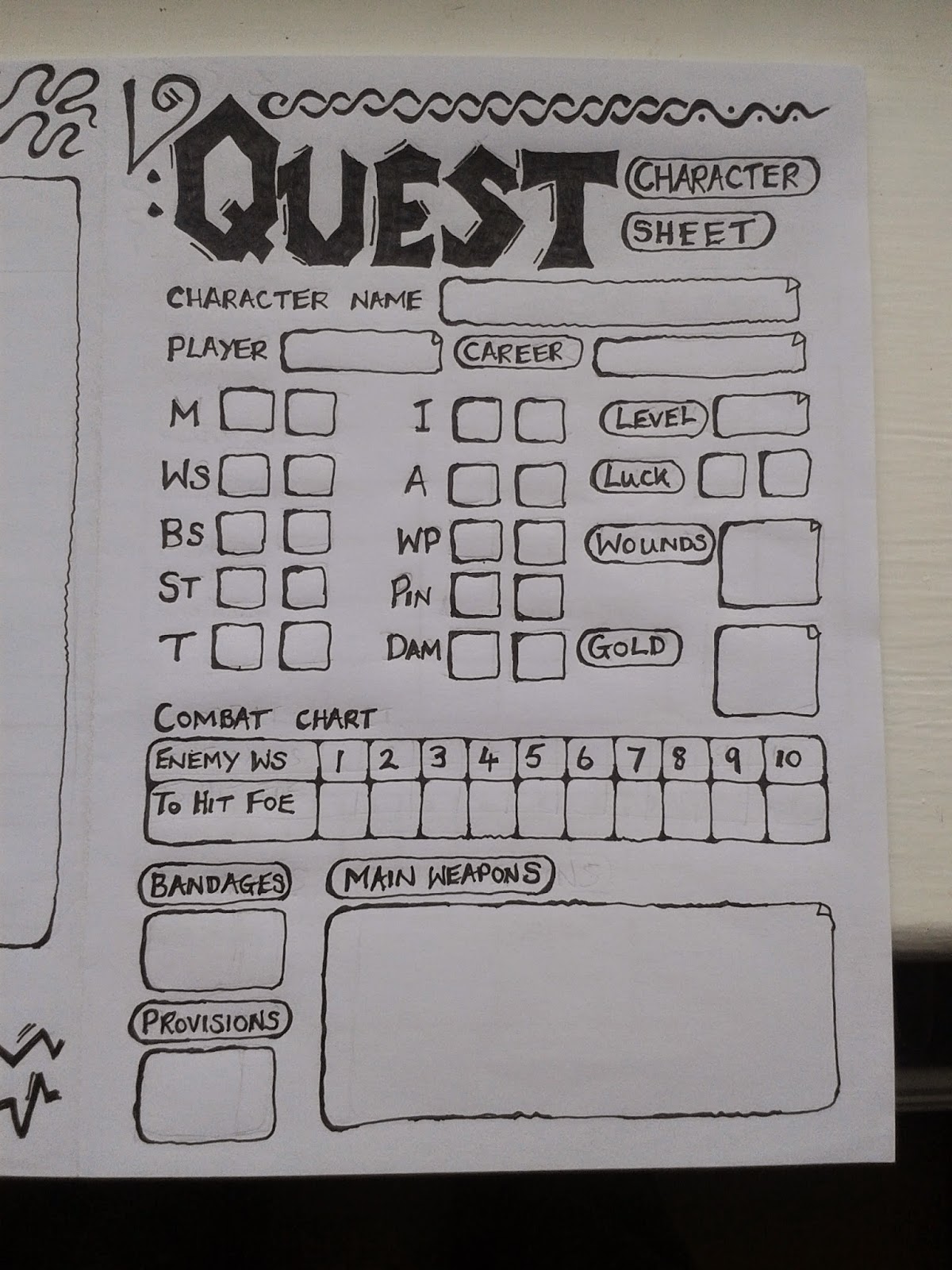 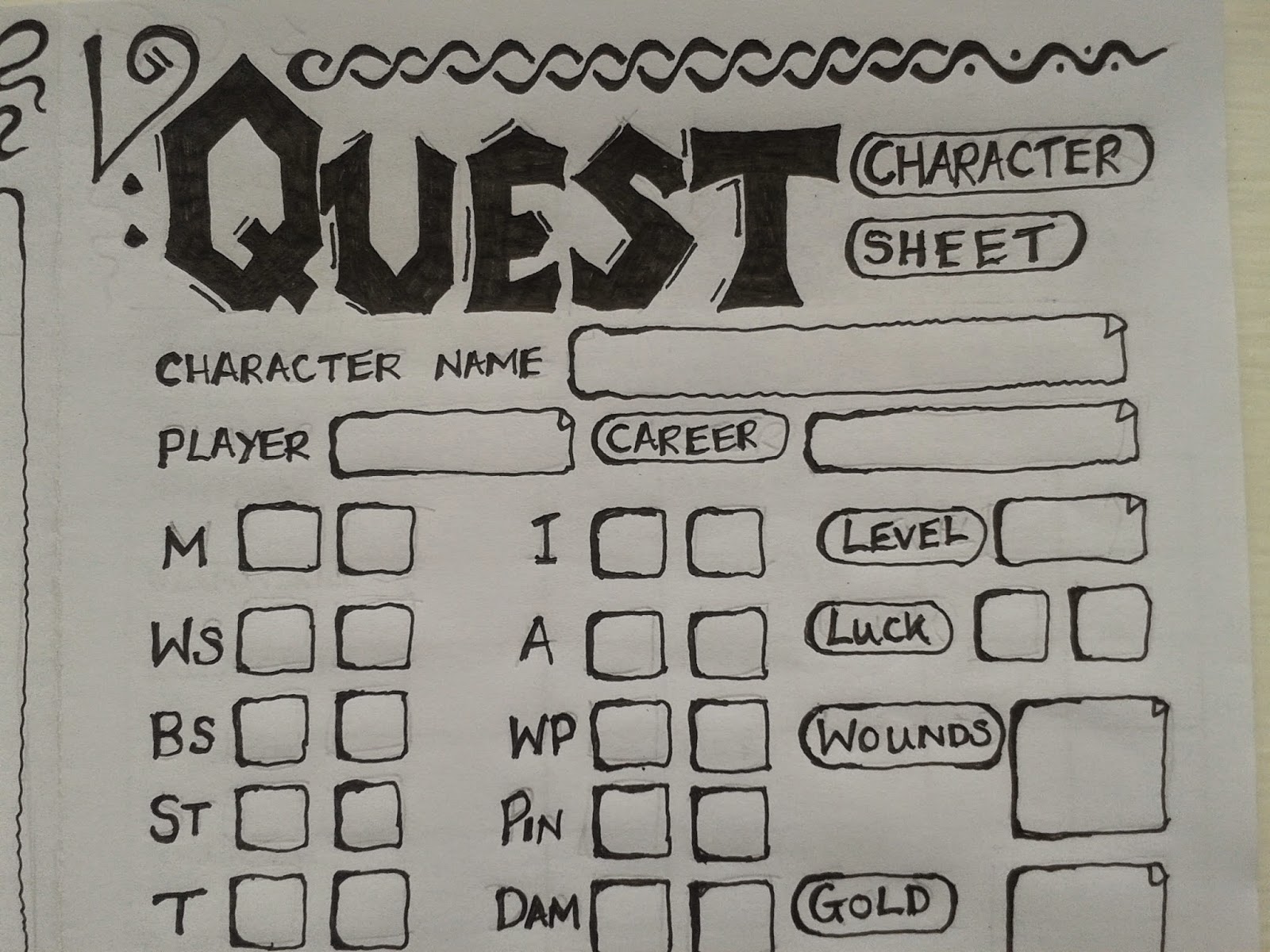 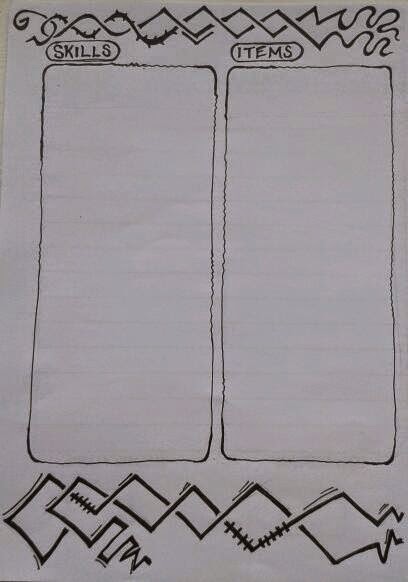